Xibbe: Some players just become captains so nobody disagrees with them | Position 6 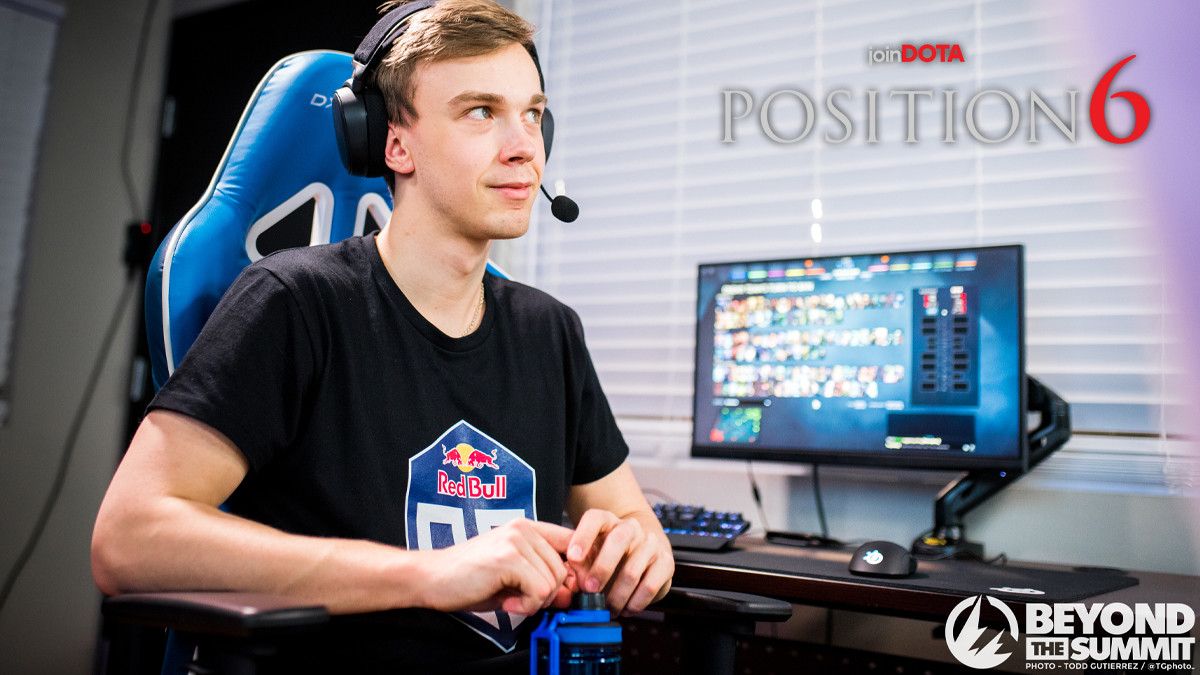 posted by NanaKrustofski,
The second Position 6 guest in 2021 is Andreas 'Xibbe' Ragnemalm. The 26-year-old support player from Sweden talked about his chances in the upcoming DPC, his time at OG Seed and why he hesitates to become a team captain. The former Heroes of Newerth pro switched to Dota 2 relatively lately compared to his former HON-colleagues. In 2019, he became part of The Final Tribe. After a quick stop at GODSENT, he became an a trainee at OG Seed.

As the academy team of OG unfortunately had to shut down due to the lack of tournaments during the pandemic, Xibbe competed in the free stack 5 men. His current team is Chicken Fighters with whom he made it to the DPC21: S1 - EU Upper Division.

Not every captain actually leads the team

As a position 5 player, the step towards becoming the team leader seems quite natural. Xibbe explains that once the team has better synergy and every member knows exactly what to do, he might take over that role as well. However, he is still hesitant as he had mixed experiences with team captains. While he points out Gustav 's4' Magnusson as being the best captain he ever played for, he also states that many don't really do their job:

There have been captains where I feel like they aren't even leaders. They are just in a leadership position because they can't stand being disagreed with.

The most important lessons from OG

Xibbe has been part of OG's academy squad for roughly eight months. He explains that this experience helped him a lot. Especially Johan 'BigDaddyN0tail' Sundstein coaching was important. For him, many of the lessons will stick with him for the entire rest of this career.

The most important lessons that OG gave us were the ones about being a good team-mate and how we should communicate.

incredibly thankful for this opportunity, to be able to get to know and learn from the very best in this fashion. a new chapter in my dota 2 journey begins https://t.co/QZHFl4AWI0

The blessing and curse of competing in Europe

Overall, Xibbe thinks their roster has a solid chance of performing well in the DPC. However, he sees his squad on a slightly lower level than most other EU teams. Europe counts as the most difficult of all regions. While this greatly benefits the players for practicing, it feels like he has been gatekept from previous LAN events. At his former teams, he often reached high placements in qualifiers but barely missed the final cut.

It feels kinda bad when you feel like you could qualify in any other region of the world, but since we're playing in Europe, we're stuck playing zero LANs for an entire year.

satisfied division 1 player. Very happy with the atmosphere and the hard work everyone is putting in so far. Expect some lightning fast improvement from our squad