All participants of the 2021 DPC Regional Leagues 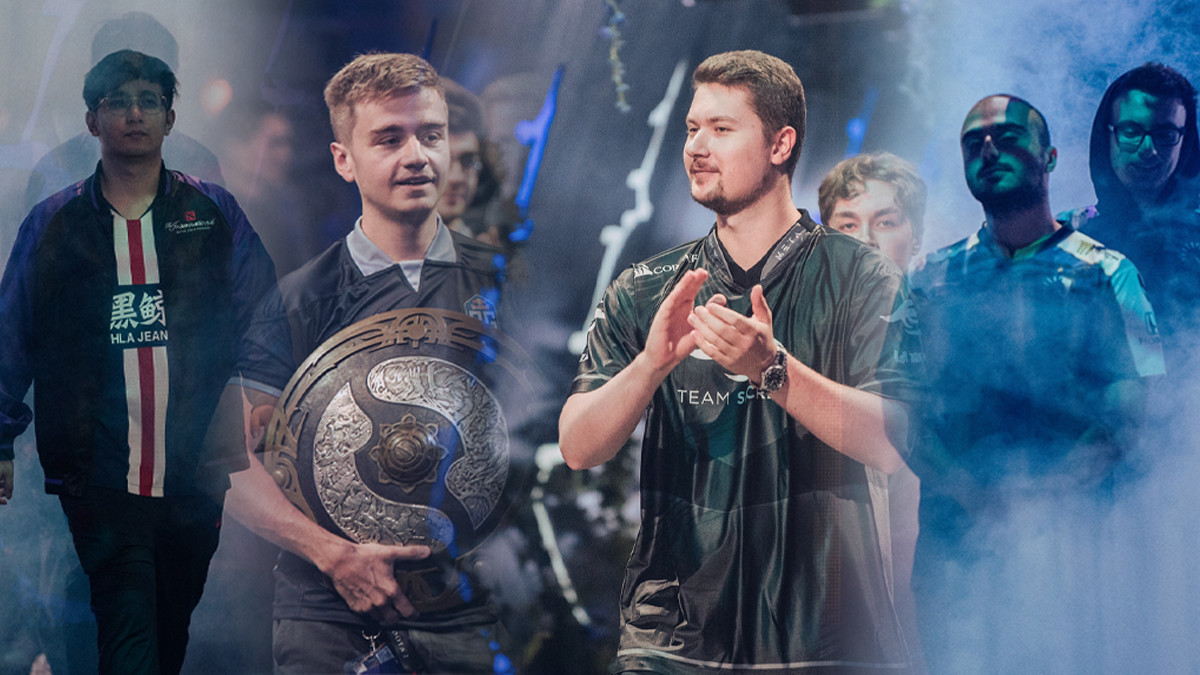 posted by NanaKrustofski,
The new DPC season finally kicks off next week. Organisations and free stacks around the globe had to prepare for the qualifiers in a short time. Now, the participants are ready and determined to start the new run for The International. here's an overview of the teams in each regional league.
The official Dota Pro Circuit is finally back! Valve's new format is soon about to start and for the first time, the DPC is split into six regional leagues consisting of an upper and lower division each. In every league, eight teams will fight each other over the course of several weeks.

Their final standings will then determine their starting position in the upcoming Major. Let's take a look at each region and their participants. For each league, four teams received a direct invite and the remaining four squads had to claim their spot through qualifiers or decider tournaments. Some teams are still to be determined, so this article will be updated.

The European league is organised by DreamLeague and takes place from 18 January - 28 February, featuring a prize pool of $205,000.

All participants consist of already well-known faces. mudgolems completed their roster and now include Leon 'nine' Kirilin as midlaner and Malthe 'Biver' Winther as position 4.

The former Ninjas in Pyjamas core went back to their free stack Chicken Fighters, merging with the remains of ex-5 men.

The CIS division is organised by the ESL. From 21 January - 26 February, the eight teams will battle each other for the $205,000 prize pool.

While the decider tournament is still running and two participants are yet to be determined, one new team name already made its way into the division. NoTechies is a free stack that consists of players from five different CIS nations, including Aleksey 'Solo' Berezin, Bakyt 'w_Zayac' Emilzhanov and Vladislav 'Crystallize' Krystanek.

China's division is hosted by organiser Perfect World and takes place from 18 January - 14 March. The prize pool is $205,000 as well.

Following Newbee's ban from all Valve tournaments, there is now space for a fresh team to enter the rows of top organisations. All of the teams have been competing in their current constellation for some time.

SEA young gun Nuengnara '23savage' Teeramahanon however could not join Vici Gaming for their DPC run as initially planned due to the pandemic, visa issues and the language barrier. His spot was taken by Vici's sub carry Yang 'poyoyo' Shaohan, leaving 23 with no contract to an official organisation.

Speaking of the SEA scene: their league is organised by PGL and runs from 18 January - 27 February, including the same $205,000 prize pool.

Three Filipino squads fought their way through the qualifiers, which adds the player count to 22/40 participants from the Philippines in the SEA division. The format opened the door for more upcoming teams to participate in a high-tier tournament, such as Vice eSports.

With Evil Geniuses being the only NA team left with sponsorship, the scene recently struggled financially. This leads to new faces entering the DPC stage, such as the members of 5 Man Midas. 26 out of the 40 participants are actually from the USA or Canada, the remaining 14 players joined the teams from all over the world. One of them is EG's new offlaner Daryl Koh 'iceiceice' Pei Xiang who will have his first official games under the NA organisation with the DPC league.

South America's division is arranged by Dota Pit. The league takes place from 18 January - 28 February and also includes a prize pool of – you guessed it – $205,000.

Interestingly, 27/40 of the players are from Peru. The only team that competes without a Peruvian member is SG e-sports, as their line-up consists of five players from Brazil. With stacks such as Latam Defenders or Omega Gaming, the league serves as a platform to shine light on some new squads that might invade the international scene soon as well.


A new era of Dota 2 begins

From fresh meat to well-known juggernauts, the upper divisions feature a range of players to keep an eye on. It is now time to see if the new DPC format will be a success and also aid the financial instabilities in the scene, as several regions and players struggled during the pandemic.

Reddit-user Ace37mike compiled a list of how many teams competed in each region for the open qualifiers. While the competitive player pool in South America and CIS is still large, other regions have a much smaller amount of participants.

As there also is a second division for each region, Valve aimed to offer tier 2 and 3 teams a base to compete in an official event. However, the current format could heavily restrict third party tournaments and lower the overall income for players. You can read more about the topic in the article below.