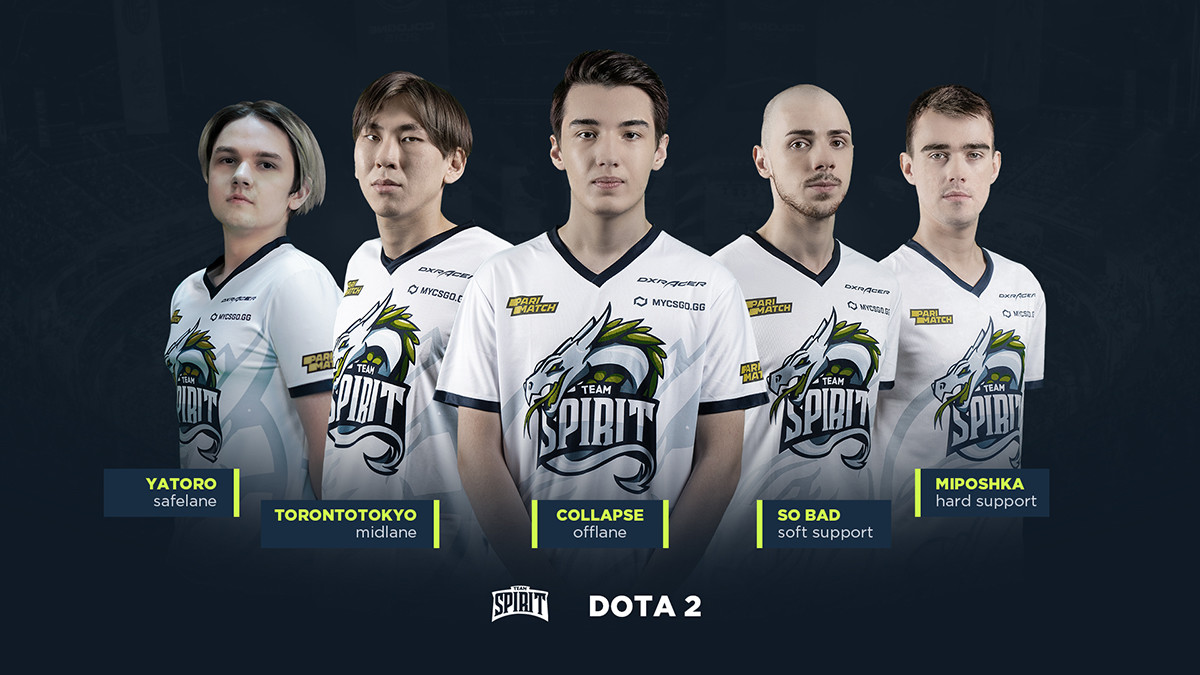 posted by NanaKrustofski,
With the dawn of the new DPC season in 2021, several teams are changing up their line-ups. Two organisations returned to the Dota 2 scene by signing free stacks.

CIS organisation Team Spirit return to the Dota 2 scene, as they announced on social media this Saturday. The former players of free stack Yellow Submarine got signed by Spirit and will now complete their BTS Pro Series Season 4 run under their banner.

Spirit did not have a complete line-up for the past seven months, their latest participation in a tournament being the OGA Dota PIT 2020 Online: EU/CIS. Yellow Submarines came together in August 2020 and quickly established themselves as promising newcomers.

Back in summer it became clear that the new DPS season would not start until the end of the calendar year. This time window allowed us to try a new approach in the formation of the roster. The goal was to discover new names: more than 80 players were reviewed for all positions, of which only 12 were shortlisted. The result of this work was the Yellow Submarine roster: you could watch them in action throughout the fall.

The team surrounding former Alliance players Fata and 33 was assembled in September and participated in several tournaments since their foundation. While Milan's former teammate 33 announced they were searching for an organisation for the upcoming DPC season, the strategy did not work out as planned.

Milan is the second member to leave after Dusko 'Boranija' Boranijasevic parted ways with mudgolems earlier in December. Ondřej 'Supream^' Štarha took over his place in the latest OGA Dota PIT tournament.

The remaining players in mudgolems:

I have decided to leave mudgolems and pursue a different path, best of luck to the boys in their future endeavors. See you all after winter break!

The Brazilian esports organisation SG e-sports prepared a new Dota line-up as well, as they announced on social media on Friday. All five players from Team Brasil were signed.

SG e-Sports did not have an active Dota roster since 2019. Team Brasil competed in several regional tournaments since their foundation in July this year, claiming the first place at the Movistar Liga Pro Gaming Season 6.