Nahaz: What makes top teams so much better | Position 6 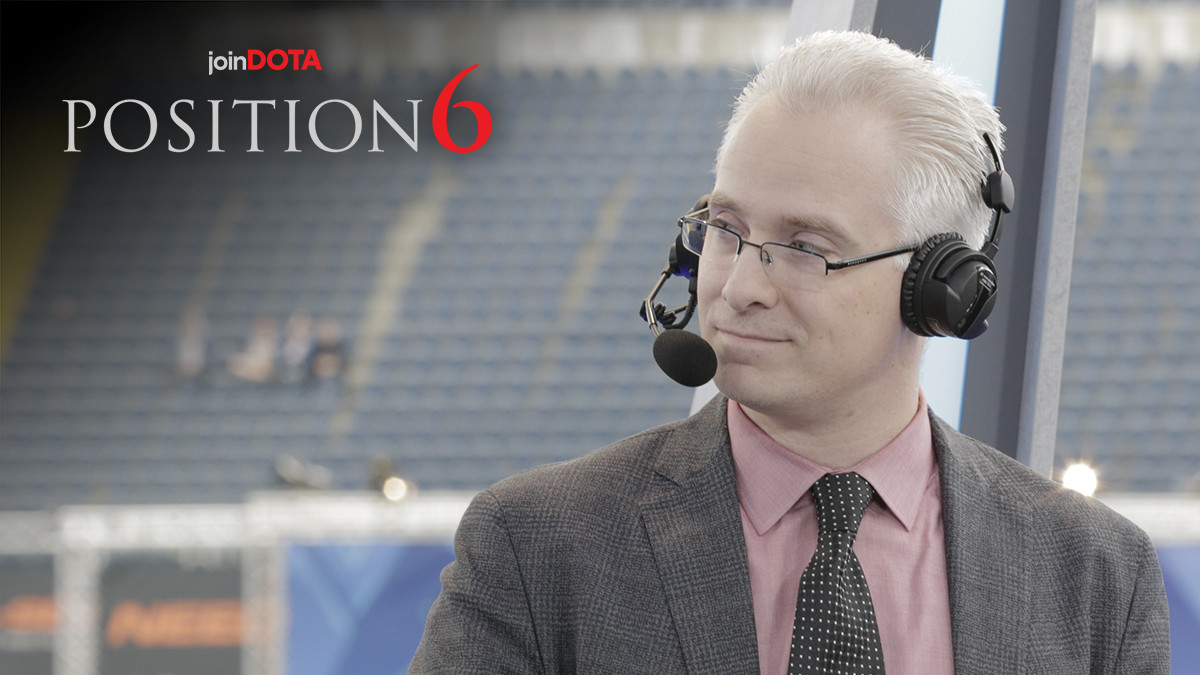 posted by Smyke,
This week's guest in our Position 6 Podcast is Alan 'Nahaz' Bester. The statistician talked about the difficulties of working as a Dota personality, what sets the top teams apart from the rest and how statistics help to give an insight and new perspectives. Nahaz has been working in the Dota scene for several years, providing content in different forms. The 44-year-old from Canada is mostly known for his panel work, as he frequently appears at events as host or analyst. He combines his performance in front of the camera with his passion for statistics and data. Not only does Nahaz include stats in his hosting, he is also one of the directors behind the stats page datdota.

Apart from panel work, he briefly ventured into coaching in 2016 when he was part of compLexity Gaming. Outside of the Dota 2 world, Nahaz works as an economics professor at Georgetown University.

Combining teaching and working in Dota

Being a panelist in Dota does not count as one of the most stable professions in the world. Nahaz worked working full-time in the scene for quite a while, but nowadays focuses on his career as economics professor – also because of his family. The statsman talks about the difficulties the corona-season brought upon esports, and that he will only attend a handful events in the future. Accomodating his family, university work and Dota career at once can be complicated:

It's difficult because I can't do leagues. I can't be away from home for 3-4 weeks at one time.

Stats don't lie, but show how to win in Dota

As the stats expert explains, many people try to look at the strongest teams and search for breaking new strategies or tricks that no other player knows. But what the top teams really excel at is understanding the importance of "what points do I need to get done at a given time in a match". For example, for some strategies it is crucial to get the support to level 6 at a specific time, or set up a Ward to gain vision over an area where they expect a team-fight to happen. His stats highlight these details, as he goes on:

I can offer a different perspective on why something is important.