The craziest game endings in the history of Dota 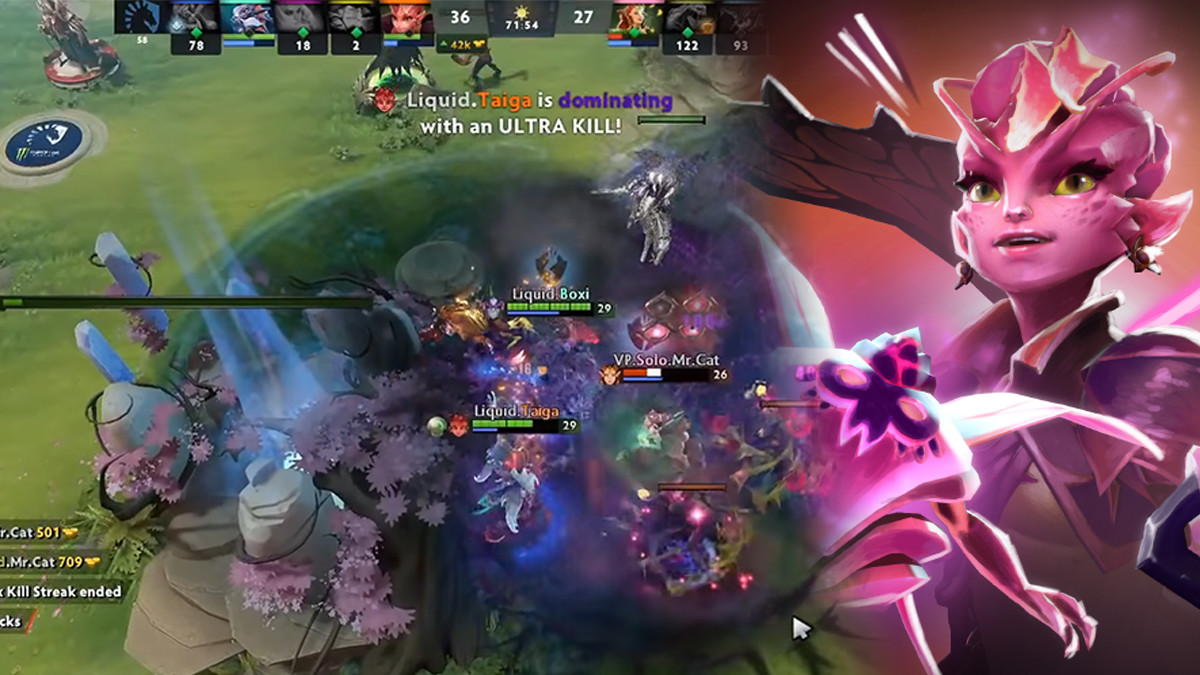 posted by NanaKrustofski,
Have you ever lost a game even though you only needed to hit the enemy Ancient one more time? Well, some pro players have, so let's take a look at some of the most exciting endings in competitive Dota. There are a lot of aspects that can make a Dota 2 match interesting. Complete stomps with a rampaging carry can be fun to watch, a unique item build might grab the attention of some viewers, new and crazy hero combinations hype up fans to immediately test the strategy in their next pubs. But the really exciting part comes when something totally unexpected happens.

Most recently, Nigma and Alliance delivered one of the most thrilling endings in the OMEGA League: Europe Immortal Division. As it was a Lower Bracket match, both teams fought to the very end to win this game since a loss would mean one step straight towards elimination.

Alliance were able to bring the throne down to around 45 HP, but thanks to Amer 'Miracle-' Al-Barkawi, Nigma were able to defend the Ancient. Since the Arc Warden's Magnetic Field perfectly fits over the building, Alliance could no longer attack and fell to their opponent's hands. The situation changed from one hit away from victory, to a tragic loss and a legendary turn-around.

The The Boston Major counts as one of the most spectacular and emotional tournaments in the history of Dota. The unforgettable ending in game three of the Grand Finals definitely added to the magic. Underdogs Ad Finem captured the hearts of the community from the get-go and the further they advanced, the louder the "AOO AOO AOO" chants from the podium to support the Greeks.

OG were leading the series 2-0, so another victory would have ended the tournaments. But the Greek warriors were able to push back in game three with one of the most edge-of-your-seat moves. Verros 'Maybe Next Time' Apostolos invisibly sneaked up to OG's Ancient, hit it with his Enchanted Totem et voilà, Ad Finem goes down in the history of Dota with one of the most risky but also exciting endings.

Another recent example that should still be fresh in our memories: the insane base defence by Tommy 'Taiga' Le and Samuel 'Boxi' Svahn atDreamLeague Season 13: The Leipzig Major. Team Liquid and Virtus.pro faced each other in the Lower Bracket Round 1, which was a best-of-one encounter.

The game lasted 72 minutes, and as the match progressed, position five player Taiga just became stronger with his Dark Willow. Despite the menacing squad of VP bringing down Liquid's Ancient to nearl 0 HP, Taiga was able to hold the push and scored an ultra-kill. With 52.2k damage dealt in total, Taiga was more dangerous as support than all of his team-mates.

A compilation of legendary Dota moments wouldn't be complete with the Dota legend himself, Danil 'Dendi' Ishutin. At the GESC: Indonesia Dota 2 Minor, one special item and some quick reactions saved Natus Vincere from being eliminated to winning the series in just a few seconds.

The team fought Fnatic in the Quarterfinals of the tournament and both teams were able to win one match. The deciding game was heavily in Fnatics favour as the SEA squad had a networth lead of 34k. Na'Vi pushed back the intruders and with a newly acquired Divine Rapier on Dendi, the two squads delivered an incredibly close base-race which was barely won thanks to the fiery Slayer.

Comebacks and base races in general tournaments are nerve-wracking, but nothing beats a close series in the master event of Dota: The International. OG and PSG.LGD provided a neck-and-neck battle in game three of the Upper Bracket Final at The International 2018.

LGD attacked OG's base and it seemed like Wang Chun 'Ame' Yu's Terrorblade was invincible. His Sunder caused particular problems, as OG's players kept dying and were barely able to keep LGD away from the Ancient. But everything changed, once Jesse 'JerAx' Vainikka respawned: his Earth Shaker made short work out of the opponents and jumped them straight to the Grand Finals.


There is a plethora of other exciting game endings. Which was your favourite finishing move in a competitive Dota game?