OG's first matches with Ceb about to start 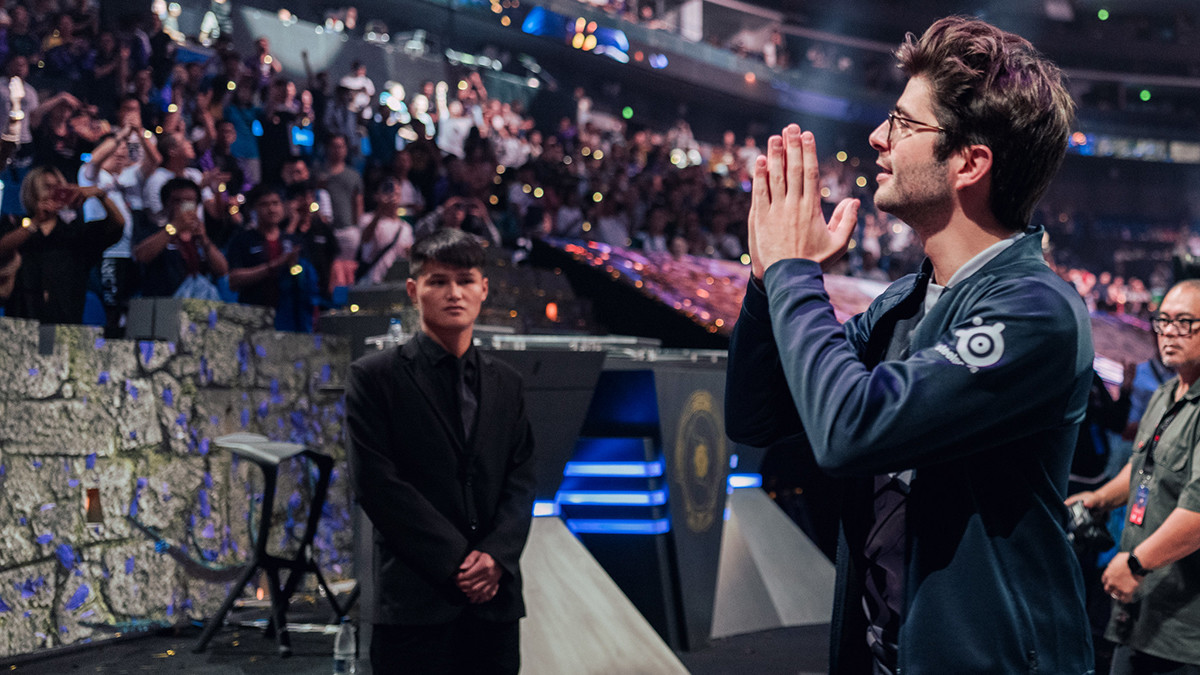 posted by NanaKrustofski,
The first matches of OGA Dota PIT Season 2: EU/CIS are about to kick off this Monday. For Sebastien 'Ceb' Debs it will be the first game of his comeback. The OGA Dota PIT Season 2: EU/CIS starts this Monday and will have its Grand Finals on Thursday, 30 August. A prize pool of $170,000 is at stake and the European and CIS teams will finally have more air to breathe, as powerhouse Team Secret is on a break and therefore not participating. Eight teams are now competing for the trophy, but four of the top squads underwent some changes before the start of the event.

Several changes where made to the original line-ups that were intended to compete at the event. The biggest surprise: the one and only Sebastien 'Ceb' Debs returned to OG's active roster!

North American superstar Sumail 'SumaiL' Syed Hassan was removed from OG's line-up as the organisation announced on Saturday. After six months of not competing and working as Head of Performance instead, Ceb decided that he will no longer watch OG lose to any team, as he joked in their official statement: "I honestly kinda take offense in the simple fact that other teams think that they can beat us".

It will be interesting to see how OG are going to arrange their players, since their carry left and their offlaner returned. Previously, Yeik Nai 'MidOne' Zheng played position three, so it seems most likely that Ceb will take over his lane and MidOne moves to carry.


Kuroky takes a break due to injury

Nigma had to adjust their roster as well, as their support player and captain Kuro S. 'KuroKy' Takhasomi is recovering from an arm injury. The team won't rely on support from outside, but use their coach Roman 'rmN' Paley to stand in for Kuro instead.

German player rmN last played in a competitive environment in 2018, when he was part of the European squad Going In. Later that year, he joined the former Team Liquid as a coach and also previously stood in for ex-Liquid when Lasse 'Matumbaman' Urpalainen was not able to play in the DreamLeague Season 10 Minor Qualifiers.

Back then, his addition was enough to secure a slot at the main event of DreamLeague as they finished second in the Qualifiers. Unfortunately, the team then stopped their run and did not compete in the Minor itself.

Tomorrow we’re back to compete in the @OGADotaPIT!

Unfortunately, @NigmaKuroKy won’t be able to play because he’s undergoing physical therapy due to an arm injury. Instead, @rmN_dota will be standing in for him.

Cr1t- helps out Ninjas in Pyjamas

In early July, Ninjas in Pyjamas parted ways with their captain and position five player Akbar 'SoNNeikO' Butaev. So far, there is no information on who will permanently take over his empty slot in the team. However, NiP was able to secure one of the best support players in the entire scene as stand-in: Andreas 'Cr1t-' Nielsen.

CIS organisation Virtus.Pro announced that instead of their main team Virtus.pro, their secondary squad VP.Prodigy is going to play. VP faced some issues in the past months due to the limitations of regional tournaments, as most tournament organisers don't allow two teams from the same organisation to participate in their events. There have even been rumours about a potential selling of VP.Prodigy.

We have decided to switch our Dota 2 rosters for the upcoming OGA Dota Pit S2. VP.Prodigy squad is coming out from a short tournament break and takes first roster's place in this event #GOGOVP pic.twitter.com/40IbOAL3dm


You can watch all games one the official Twitch channel of Dota Pit.