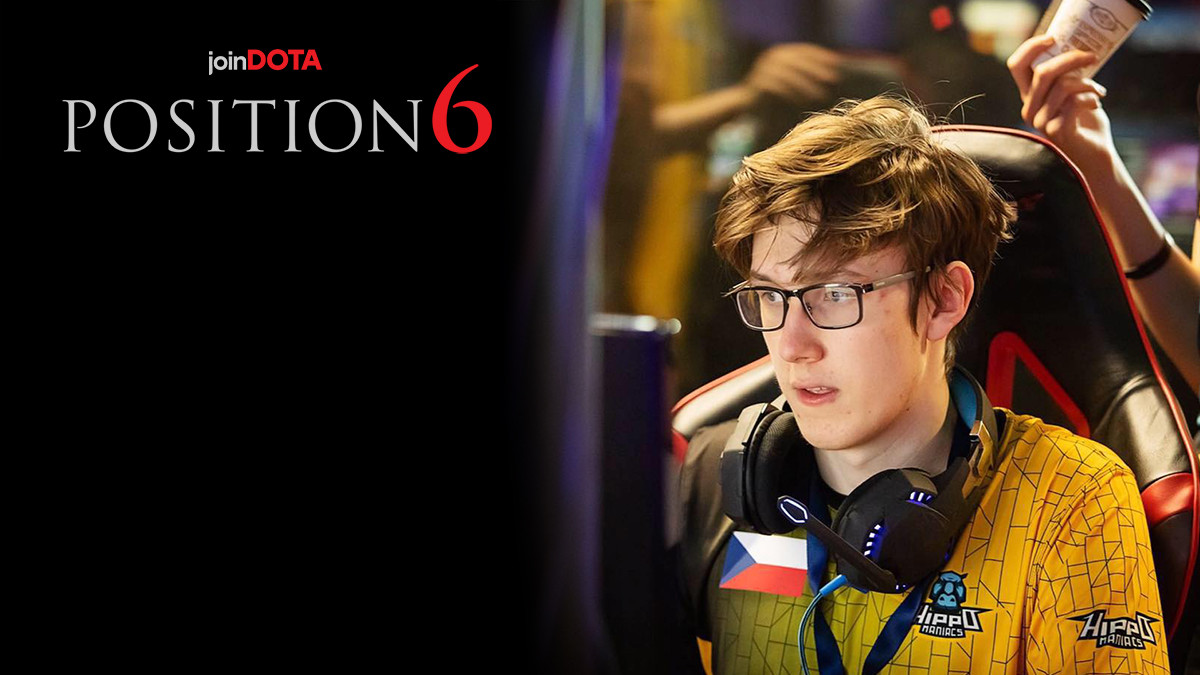 posted by NanaKrustofski,
This week, Jonáš 'Saberlight' Volek joined Daniel Offen for our weekly Position 6 podcast. The offlaner from Ninjas in Pyjamas talked about his time at Chaos Esports Club, his future plans and what a typical day on NiP looks like for him. SaberLighT- is a 19-year old proplayer from the Czech Republic. He currently played as offlaner for NiP, but previously gained the attention of the Dota scene when playing for Team Singularity and Chaos Esports Club.

The current Ninjas in Pyjamas previously played together as the free stack Chicken Fighters. SaberLighT- explains that he didn't know the other players personally before joining them, except for Ondřej 'Supream^' Štarha.

He also thinks the main reason the squad ended up with NiP was their captain Akbar 'SoNNeikO' Butaev. They got several offers from organisations, but declined all deals because SoNNeikO was going for a more established organisation.

(SoNNeikO) wouldn't settle for anything that wasn't up to his standard

Holy guacamole are we playing under the best EU organization there is? I can't believe my eyes! 💯 Expect some epic dotes and content 😶coming your way! https://t.co/Gy6gz6vSCN

Chaotic run at the Summit

SaberLighT- previously played for Chaos Esports Club. Leaving the team felt rather bad for him, as he thought they were doing quite well. Chaos got to second place at DOTA Summit 11 which was an incredible feeling for him. But he also told Dan that he didn't play well in the Grand Finals and this was the last impression before Chaos decided if they wanted to keep him as player. The team lost 3-0 in the Grand Finals against Invictus Gaming.

It's just hard to play a team that already destroyed you, without having a different plan

Taking every opportunity in the right moment

Being only 19 years old, SaberLighT- is still a student, but he will soon graduate from high school as he explained. His plan for the future is to get as far as he can in the pro scene and form as many connections on his way as possible. Once he will no longer be able to compete, he plans to continue working in the field of videogames. In general, he has a flexible approach to his future and currently focuses on becoming as good as a Dota player as he can. For him, creating a roadmap in his esports career does not make too much sense:

It's really hard to predict what's going to happen in five years. I mean maybe my hands fall off, so it's all for nothing

A typical day in the life of an NiP proplayer

Dan also asked SaberLighT- about his schedule and working days on NiP. The offlaner revealed that they usually have about four scrims a day as team, on five to six days per week. Apart from scrimming, the players will watch replays, are involved in media day activities or do other tasks. He personally plays a lot of pubs afterwards or watches series. In total, he calculated that he spends around ten to eleven hours per day in Dota.

When playing casual games, he usually focuses on different aspects. Either he practices the heroes SoNNeikO asks him to, or he focuses on new strategies and grinds. Sometimes, he simply plays because he doesn't have anything else important to do, but he doesn't recommend this habit:

I don't recommend playing just because you have nothing to do. I feel like those times, I play the worst