n0tail: Sumail has been the best player in his role for years 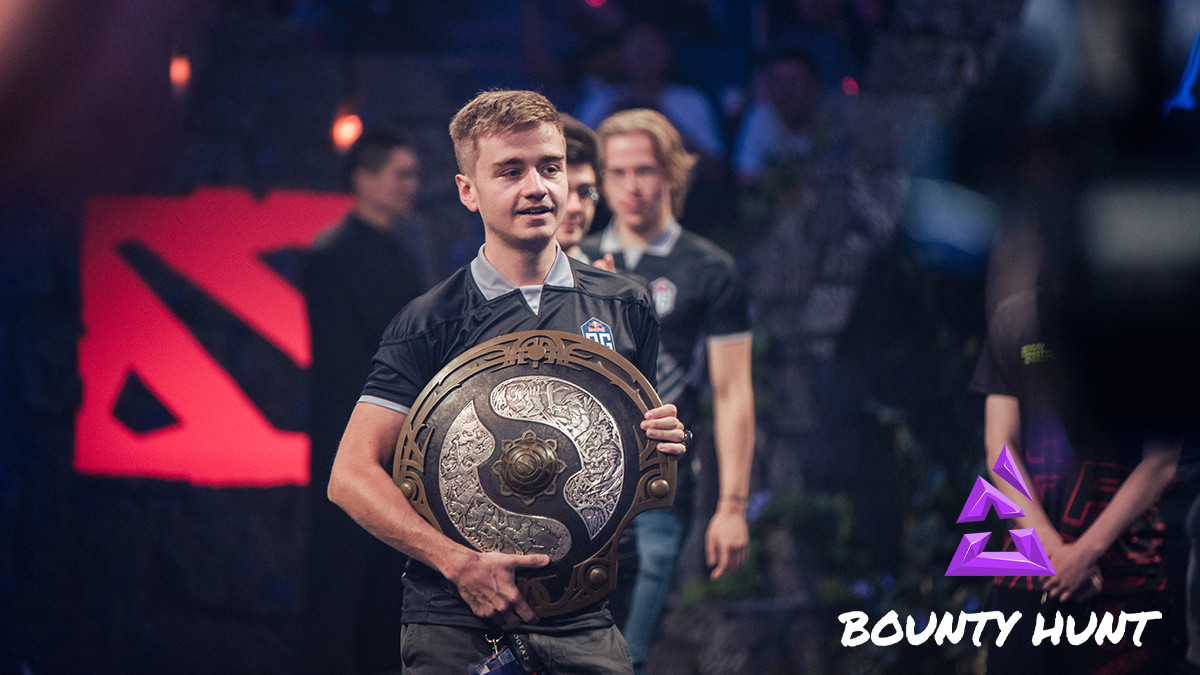 posted by NanaKrustofski,
He achieved everything a Dota player could ever dream of – and is still striving to be the best. Johan 'BigDaddyN0tail' Sundstein on what makes his team-mates special, how the life as pro player can be draining and their playstyle for the upcoming BLAST Bounty Hunt.

joinDOTA: You can finally play with your complete new lineup. What’s the difference between your team now and the two-time TI winning roster?

n0tail: It’s different since we have new players and every player has his own playstyle. But we still have the same ideology and the same goal. On one hand, it’s completely different but on the other hand, we're still striving to be the best.

joinDOTA: With Sumail, you now went for an established world star instead of a new talent. What did he bring to the team, apart from his Dota skills?

n0tail: He has a lot of experience, since he comes from EG where they also had a very structured way of playing. He has been one of the best if not the best in his role for many years. Personality wise, he’s a funny guy and brings good vibes, good energy. People can bring a lot of experience and skill to the team but usually it’s a big drawback if they don’t have a certain energy about them. Sumail is just very easy-going and nice to be around.

MidOne is a special kind of player – and doesn't mind ping

joinDOTA: Now that you’re all together, how are you going to play at BLAST? Is it more of a test, or do you already have a structured gameplan?

n0tail: We are dealing with our own issues at the moment as we have people on three different continents. So we’re having time zone and internet challenges. It’s definitely not the ideal OG situation, we’ve always been more fond of bootcamps and were better at LANs. But challenges is also what we love, so we’re trying to hype ourselves up for online games. It’s still a learning process to play without crowd and everything, but we’re adapting.

joinDOTA: MidOne has to play with super high ping. How does this affect your strategy?

n0tail: That’s just up to him, we aren’t changing anything, he’s a special kind of player. I lose my mind and get very frustrated if I have internet issues. But MidOne doesn’t mind playing with high ping. There is not much planning, we just choose what he feels like playing.

It would be the wrong approach to try and replace Ceb

joinDOTA: Did you still train with Topson while he was away in Malaysia? How did you communicate in the meantime?

n0tail: Topson isn’t made of the same fabric as MidOne in that regard, he’s like me and gets frustrated with ping. We stayed in touch an he played pubs on his own, but we were using Ceb as stand-in during these time. But now, Topson is back in Finland, still dealing with internet issues. He’s playing on 4G phone internet, which will hopefully be fixed soon.

joinDOTA: We could see in True Sight that Ceb is an incredibly strong emotional leader. Now he will still be with you in the booth, but not in games. Who will take over this role as motivational leader?

n0tail: It could be anyone’s responsibility. We all did it. ana, Topson and Jerax hyped us up as well in game. Sebastian is of course a different breed, extremely smart and emotionally intelligent. We are not losing this part, he is still going to be there outside the game. Knowledge and perspective is always easier to give when you’re in a certain position.

Sebastian is now outside of the game and has a third-person view. So it’s easier for him to identify “who needs help” or "what’s going wrong right now". It would be the wrong approach to replicate and replace people exactly for what they have been doing in the past. It’s up to people to find a new role that’s the best for them, just like Sebastian found out what’s the best role for him.

The healthiest couple of months for n0tail

joinDOTA: You usually have to travel constantly to tournaments. Now you can relax more in this aspect. Do you think it would be beneficial for players' health to have more online tournaments in the future?

n0tail: Or a planned schedule. Maybe something like a league system, something that allows people to plan their whole year out a lot better and where you know what you qualify for. Dota has always been super unforgiving and merciless when it comes to this.

I would love to see a change of the system. It has been the healthiest couple of months for me here now with all the home cooking, no airports, travelling and jetlag. I’m getting better sleep, better food, better everything. Easier to stay psychologically and physically healthy.

But we’re in the entertainment industry and at the end of the day there is a big demand. Valve does care about players well-being of course, but at the same time, they also care about making opportunities and money. Not as simple as that to change it.

joinDOTA: Now to a more fun question. Chatwheel is back. Which one is your favourite voice line?

n0tail: A lot of good ones. I’m happy the classics are back, but the Moo is really good. I also enjoy the "See you later Nerds".

joinDOTA: Thank you very much for your time. Is there anything you would like to add?

n0tail: Big thanks to all our fans and sponsors for keeping esports alive. Hopefully, people are not losing their minds, corona should slowly be easing up. We start to see more normal lifestyles. We still need to find ways to bounce back as a society. Entertainment is a big part of people’s life, so hopefully we can provide that.

Stay happy and stay sane, we get through this together.


BLAST Bounty Hunt will be the first Dota event by tournament organiser BLAST who is known for their events in Counter-Strike: Global Offensive. To find more information on the event, check out the BLAST Bounty Hunt official Twitter account. You can follow n0tail on Twitter here.

We wish n0tail and his team best of luck in the upcoming BLAST Bounty Hunt!