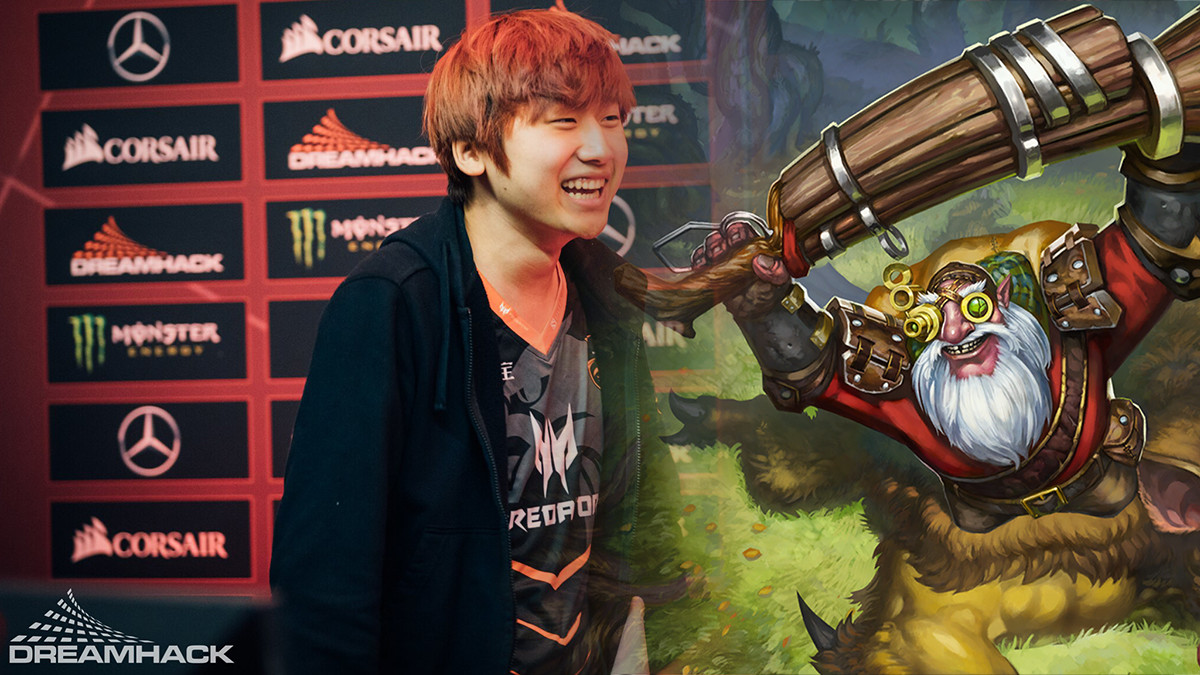 posted by Liightsdota,
We'll be looking into a seemingly goofy build which is actually incredibly effective when implemented correctly - Kim 'Febby' Yong-Min’s support Sniper. It’s my hope today that I can condense Febby’s play in order to provide an incredible and unpredictable addition to your support pool.

While this hero has always been a fan favourite, many players wince when they see a Sniper picked on their team. This is because when it’s played as a core, the hero can get hard countered by opponents with high mobility. We will be using this community perception to our advantage by applying some psychological tricks to the drafting phase.

Like any good support player, we’ll be picking early in the draft, so our cores have the advantage of counterpicks later. To the opponents however, a firstpick sniper can certainly look like an arrogant core player who’s ignoring counterpicks or suggest infighting on your team for the coveted Mid lane.

Your opponents are almost certain to spend at least one or two of their picks attempting to counter your support, distorting their draft while your team’s actual lanes remain hidden until the end of the picking phase. You can take this deceit a step further by allchatting something about your teammates trying to steal your lane - it’s sadly a believable ruse because it’s a universal Dota experience which has happened to everybody.

Beyond the mindgames of your individual Sniper pick, there are a few elements that Febby tries to have amongst the other picks on his team. Because of the lack of catch provided by the Sniper, it’s important that his teammates provide reliable stuns. This has a dual purpose in catching fleeing opponents, as well as preventing them from easily reaching your sniper in the backlines.

Most crucially, support Sniper requires a tanky frontlining offlaner in order to be maximally effective and have an impactful laning phase. Febby’s priority choice for a lane partner is Slardar, as the heroes each provide everything that the other wants in a duolane. Sniper is able to significantly slow opponents from a huge initiation distance, allowing Slardar to chase and land successive bashes on your poor opponents. There are also very few heroes who are able to push up past the Slardar to reach you without getting killed outright.

Should Slardar not be available, other tanky options like Axe, Centaur Warrunner, and Mars can all work fantastically as well.

Febby proposed two starting item builds, though he tended to favour the Brown Boots start with some minimal regen. While this item start is common among different support heroes, Sniper makes particularly effective use of the additional movement speed in order to trade favourably with almost any hero in the game.

This great trading ability comes from the ridiculous power of Headshot, the skill Febby takes at level 1, which provides a welcome damage boost to Sniper’s many autoattacks as well as drastically reducing the attackspeed of opponents when it procs. Because the proc chance is a whopping 40%, you can expect this ability to significantly help over the course of an entire laning phase.

This build prevents you from taking unnecessary extra attacks thanks to the movement and attack speed advantage, which means you can apply tonnes of pressure without putting yourself in any danger.

Your goal is to become an extremely dangerous kill threat at level 3 with two points in shrapnel, before transitioning into the above skill build by level 6. Shrapnel is your most effective supporting tool and your main means of farming and providing control, so the skill is maxed first just like on core Sniper.

The main difference being that the charges are generally prioritized on enemy heroes, rather than being largely a farming ability. When Febby has level 3 or 4 in Shrapnel however, it was common to see him stacking a single camp for himself and farming it with two uses of Shrapnel, in order to keep up on levels and accelerate his personal game.

After the laning phase breaks down around 7-12 minutes, Sniper becomes incredibly effective at rotating to other lanes and backing up your teammates. Febby frequently teleported into the trees at towers where his opponents were playing aggressively, dropping multiple shrapnels and hugely punishing their aggression without putting himself in any danger.

Using this same tactic, support Sniper is able to almost single handedly delay tower pushes by shrapneling the incoming wave and forcing the opponents into an unfavourable dive. The key to midgame success with this hero is moving to places on the map where your team has a stunning hero, who you can usually combine with for some easy kills.

Febby’s itemization was very consistent, taking the tranquil boots for early health sustain between skirmishes, and using other very cost-effective items to ensure he always had enough mana to keep shrapnels coming. The central item to this build, and the item you’ll always be rushing after your initial 1000 gold is Sniper’s Aghanim’s Scepter.

This Aghs is incredibly powerful, especially when picked up early, as it turns your ultimate into a legitimate initiation tool thanks to the 1.8 second stun that comes with the Scepter. Additionally, the almost nonexistent cast time on Assassinate after acquiring Aghanims means that opponents will frequently get interrupted trying to teleport anywhere in Sniper’s vicinity.
It’s also important to always build the Blade of Alacrity first, in order to maximize your right click damage output before your core item comes online.

Take aim is understandably maxed after finishing with Shrapnel, in order to play sniper effectively from maximum range. Febby also chose the 15% cooldown reduction talent at level 10 over +15 Damage, which is understandable from the support position, which derives its impact from spamming his spells as much as possible.

While support Sniper games don’t frequently go very late, thanks to the inherent safe push that the hero provides, Febby further shored up Sniper’s weaknesses after picking up the Aghanim’s Scepter. He favoured the unmatched mobility of Blink Dagger to ensure that he didn’t get caught by speedier heroes and followed it up with a Euls Scepter to purge debuffs on himself and further control opponents who were diving him.

Due to his inherent farming ability thanks to Shrapnel, and the high likelihood that you’ll score some early kills, the Aghanims can often be picked up by about 20 minutes. After this point you’ll want to begin constantly grouping with your team in order to make plays happen and set up juicy kills for your cores.

After completing the sceptre it’s very important to continue sending yourself clarities in order to sustain the massive mana upkeep that spamming Assassinate off cooldown requires. While this build may initially seem a little questionable, I promise you’ll see how effective it is after giving it a try with the right teammates surrounding it.

What other player-hero combinations would you like to see analyzed?