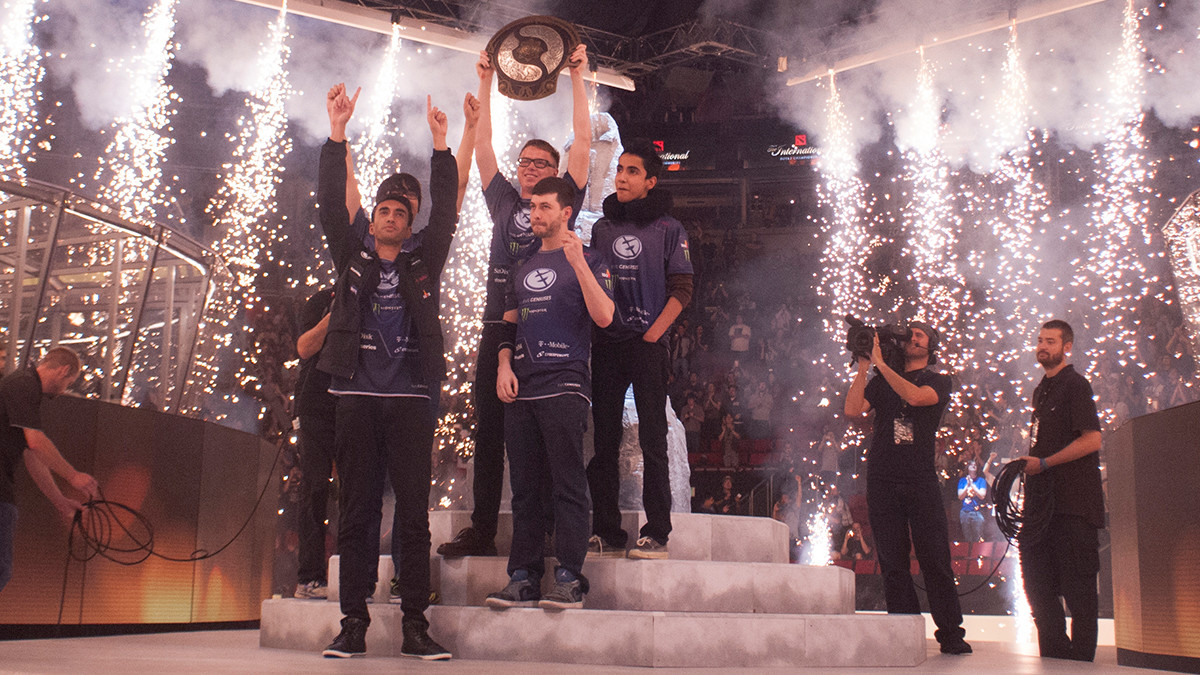 posted by NanaKrustofski,
Two of the most legendary players and important figures in the North American scene decided to retire: Peter 'ppd' Dager and Saahil 'Universe' Arora. Both provided some of most memorable and most thrilling plays in the history of Dota 2. Universe and ppd shared many stops and episodes of their careers. Both had their peak when playing for the NA team Evil Geniuses. Lastly, they played together for Ninjas in Pyjamas and this week, the two players retired from competitive Dota.

Dota and its esports scene are constantly shifting and each era has its own stars. The rise of NA Dota and the dominance of Evil Geniuses under the guidance of captain ppd are some of the stories fans are most nostalgic of. Key events that elevated EG's fame: The International 2015 and The International 2016.

There are certain iconic lines that any Dota fan is able to recite at any given moment. One of these come from caster TobiWan during the Grand Finals at TI5. One final victory separated EG from their triumph over the Chinese team CDEC Gaming. It seemed CDEC could claim the upper hand by getting Roshan, but EG were ready to fight and approached the Rosh Pit:

ppd, here comes the Ice Blast ready for the Dunk, in from Universe, IT'S A DISASTER! CDEC they gonna get wiped from the face of the earth apart from Agressif, he'll jump out but the wombo combo perfectly hits from Evil Geniuses, and now they will take Roshan.

Not only was Tobi's choice of words iconic. The perfect reaction from ppd and Universe as well as the incredibly deadly wombo combo is what got this moment in the history books of Dota.

Empowered by this amazing play, EG overwhelmed CDEC and forced them to call gg. With a 3-1 victory, EG became the first NA team to win a TI and the names of the five world champions will always be engraved upon the Aegis.

Evil Geniuses were not done with providing iconic plays. Only one year later, the team played arguably one of the most intense matches the Dota world has ever seen. EG entered The International 2016 with almost the same line-up, only AUI got replaced by Ludwig 'zai' Wåhlberg.

Chances for a potential back-to-back TI victory were there, but EG could not quite made it to the top and finished with an outstanding third place. On their way to the podium, the reigning champions had to face EHOME in the Upper Bracket R2 – and another legendary match was about to begin.

The first match of EG versus EHOME was a thriller from start to finish. The game lasted for 75 minutes and had a final kill score of 45-42 in EG's favour. Death awaited everywhere at any time, and yet EHOME were constantly in the networth lead. EG started losing the game as EHOME kept killing and pressuring their base. 71 minutes in, EHOME got Mega Creeps and since no team had ever been able to recover from Megas at TI before, it seemed like the first match was over for EG – until they switched their strategy.

The biggest comeback in Dota history

zai and ppd joined SumaiL's Dagon strat and equipped themselves with the destructive wand. With two Dagons firing at Daryl Koh 'iceiceice' Pei Xiang's Timbersaw, EHOME got eventually pushed back from EG's base and the NA team went for a counter-attack on the enemy's Ancient.

The Dagon strat worked out, EG got more kills, SumaiL hit an incredibly Arrow with Mirana on the enemy Juggernaut, EG held their base and got an entire team wipe.

All of this action occurred in only a few dense moments, but then Universe puts the icing on the cake: He sells both his Diffusal Blade and his Vladmir's Offering to purchase a Divine Rapier on his way to EHOME's remaining towers. The buildings stood no chance against his Faceless Void: EG took the Ancient down and delivered the biggest comeback the Dota scene has ever seen.

Despite being TI5 champions and scoring this high at TI6, the legendary EG roster eventually fell apart. Clinton 'Fear' Loomis is still competing in the scene, now wearing suit and tie with his team business associates.

Sumail 'SumaiL' Syed Hassan, the youngest player to have ever won a TI (being 16 at TI5), is now playing for two-time world champion OG. Kurtis 'Aui_2000' Ling joined the first Dota team of CS:GO organisation CR4ZY.

Peter 'ppd' Dager and Saahil 'Universe' Arora wore the Ninjas pyjama until most recently. Now, the two titans have retired from competitive Dota.

What was your favourite moment of the legendary EG squad?