Five broken Supports and their best partners to dominate your lane 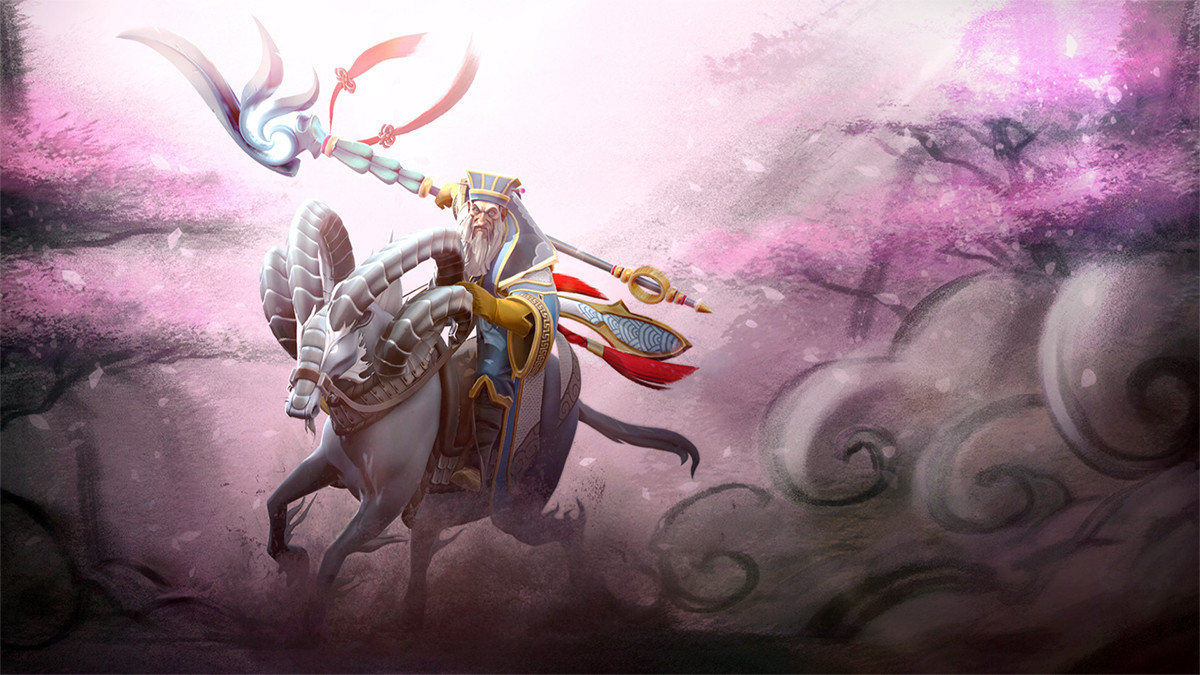 posted by Liightsdota,
When it comes to picking the perfect support hero, your choice does not only depend on your personal preferences. Synergy with your allies is crucial and the right laning-constellation can elevate your gameplay and give you advantages just by chosing the right heroes. The latest patch 7.25c has been out for a couple weeks, giving pros plenty of time to play around with the patch, in order to bring their best strategies to bear at the ESL One Los Angeles 2020 Online. We’ve been lucky enough to witness one of the most diverse metagames in a long time, with many heroes having niche viability under the right circumstances. Like any metagame however, natural synergies emerge, revealing particular lanes that are favoured for their power and versatility. Today we’ll examine five Support heroes that have been finding particular success at the ESL, as well as discussing which Core laning partners will enable you to get the most out of your choice.

Given the emerging popularity of overwhelming teamfight that we’ve been seeing in the ESL, professional teams have been frequently relying on the power of Support Phoenix. Usually picked as position four, though sometimes played as a Hard Support as well, Phoenix has proven to be one of the major threats of the tournament - with the most picks overall of any hero. The influence that your Phoenix can have over any particular game, however, is greatly dependent upon who his opponents will be in lane. Consequently, this hero is a better choice when picked towards the latter stages of the draft, in order to ensure optimal matchups.

When playing Phoenix in lane, it’s crucial to try to time your use of Fire Spirits in order to apply the attack speed slow just as the opponent’s carry is going for a last hit. Repeating this process through the lane will condition your enemies to play more conservatively when approaching creeps, causing them to not go for certain creeps for fear of getting flamed again. When Phoenix is combined with a tanky Offlaner to frontline for him, our feathered friend becomes practically impossible to harass back in the lane. The control offered by our thickly built laning partner will be crucial in the later stages of the game in allowing us to be successfully reborn from Supernova.

Once teamfights roll around, our ultimate becomes one of the most important targets for opponents to prioritize, and can single handedly win fights for your team. Positioning is critical, and you can use that brightly shining target on your back in order to bait your opponents into bad spots trying to kill your egg. If you’re playing from ahead, it’s important to have elements in your draft that prevent the opponents from simply retreating and kiting the duration of Supernova before re-engaging on your team. This is where Axe and Mars really shine, forcing your opponents to stand and fight under your egg in horrible circumstances. Finally, ensure you keep an eye out for Mirana and Snapfire, both of which can quickly destroy your ultimate thanks to their massive attack speed.

The power of Tusk is finally being tapped during this ESL One. This hero has been slowly trending upwards since his Frozen Sigil was replaced with Tag Team. After that change, Tusk has continued receiving small incremental buffs that have finally snowballed into making him a terrifying support. This hero’s swift rise to prominence at this event can be partially attributed to people finding the optimal laning partners to take the most advantage of Tag Team’s bonus attack damage.

Tusk has never had problems providing control for a lane, thanks to Snowball and Ice Shards ensuring that any partner with sufficient damage was able to secure easy kills. Since the rework in which he received Tag Team, however, Tusk is able to provide excessive burst damage on top of all that control he provides. Naturally, the best heroes to utilize the Tag Team bonus damage are heroes which are able to land many successive attacks quickly, in order to burst their target within the duration of Tusk’s control. One particularly devastating partner for Tusk which Team Secret have been utilizing is Pangolier, who’s Swashbuckle will outright kill most opponents affected by Tag Team.

Keeper of the Light and Bristleback/Batrider

Keeper of the Light is proving to be one of the favourite Hard Supports for professionals this patch. While the hero may often look underwhelming in pubs during the laning phase with many partners, when paired with either Bristleback or Batrider, KotL is downright oppressive to lane against.

Both of these partners perform significantly better than their average winrate when paired with a KotL, because Keeper’s Chakra Magic spell fundamentally breaks the cooldowns that these cores' damage output is based around. As a result, Bristleback or Batrider are able to amass far more stacks on their lane opponents than they usually would, providing a massive threat to anybody without a purge ability. This lane is able to dive towers extremely early and risk free, making returning to the lane a death sentence for opponents after they go down once.

The strength of Keeper of the Light’s laning phase emanates from Chakra Magic boosting the damage output of his laning partner. For this reason it is more important to be deliberate when selecting a laning partner for KotL than other traditional supports. When he’s provided the right lane to shine in however, this hero can feel incredibly broken right now.

When people think of synergizing with Grimstroke, the first ability that jumps to everybody’s mind is his devastating Soulbind ultimate. While this ability certainly benefits from deliberately selected single target abilities to pair with it, Grimstroke is also able to create some absolutely oppressive lanes based on pairs with Ink Swell. This ability allows mobile, offensive carries like Riki and Ursa to get on top of their target and burst them down. When a carry is paired with a well played Grimstroke, you can play a much more aggressive safelane style than with almost any other Hard Support.

This hero is most in his element when utilizing this aggressive playstyle from ahead, taking advantage of Soulbind to find pickoffs on downtrodden opponents who feel safest grouped up. The sheer lockdown of Phantom’s Embrace combined with Ink Swell makes it impossible to play the midgame against Grimstroke as any kind of mobility hero. Should things not be going so well, Grimstroke can adapt and play as a highly effective split pusher thanks to his ability to blow up creepwaves from the trees with Stroke of Fate.

Oracle has always been this niche support pick that excels defensively with his extremely protective kit, however for the first time this season he’s really taking off at ESL One. This hero is being picked up with surprising frequency, and is winning consistently across a broad range of opponents. Oracle’s newfound popularity is bolstered by two of his very best partners also being extremely powerful and present in the current metagame. Many enterprising pros have begun using Troll’s consistent physical damage as a tool for sieging highgrounds. When this already powerful hero is backed up by an Oracle, the Troll player is able to stand their ground without fear of getting bursted, with Oracle’s death-delaying ultimate ensuring that Troll will always be able to activate Battle Trance and survive.

While she isn’t technically a laning partner for Oracle, I couldn’t help myself in including Death Prophet in this list. She’s in a better place balance wise than perhaps ever before in Dota, with her being so powerful that many have begun experimenting with her in support positions as well as Middle lane. The extra healing provided by Oracle’s False Promise means that Death Prophet will seemingly always skyrocket back to full health after the damage delay expires. Either of these partners is capable of taking over a game and simply steamrolling their opponent’s structures, provided they aren’t in danger of being killed. Oracle’s extremely defensive playstyle provides the backline support needed to keep your carries feeling invincible as your team assails the highground.

Did I miss any particularly broken partners for these five supports? Which lanes have you been finding the most success with lately in your pubs?