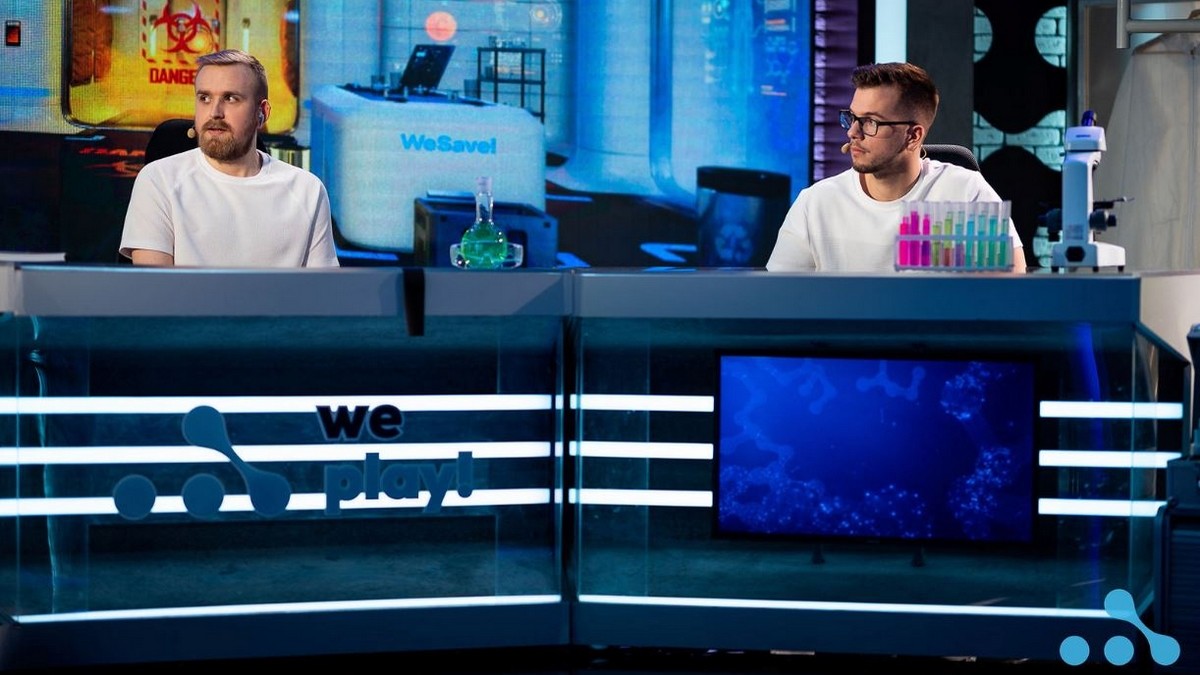 posted by NanaKrustofski,
The Dota scene started to battle against the coronavirus with the WePlay! Charity Play. 24 teams from all over the world will play for a good cause March 20-26. All revenues such as the prize pool of $120,000, donations, and money from sponsors will be donated to the funds of non-profit organisations fighting against the pandemic. Since Charity Play is held online, only teams which reside in the same region can play against each other due to technical limitations. Four teams from each of the six regions enter the event. With different time zones, the teams play at various times. Check out the schedule at Liquipedia for information on when your favourite team enters the online stage.

The opening matches of the event were played between BOOM Esports and Geek Fam. WePlay! broadcasts the matches in their Ukrainian studios and transformed their set into a high-tech research laboratory. The event started as usual with a musical act.

BOOM had to enter the series with a slight disadvantage as Alfi 'Khezcute' Syahrin Nelphyana was not able to play. Their manager XLR8 took over the support role.

This small roster change did not work out in game one. Geek Fam quickly took the lead and finished the match with a convincing 37-7 score and a 17k networth lead. Kenny 'Xepher' Deo alone contributed 27 of Geek Fam's kills.

Boom fought back in the second match and took the series 1-1. Rafli 'Mikoto' Faturahman showed them how it feels to play against a 10k midlaner. His 18/2/16 Ember Spirit torched Geek Fam and peaked in an Ultra Kill.

Geek Fam quickly recovered from their loss and defeated BOOM after 46 minutes, winning the series 2-1. Key to their success: midlaner Karl Matthew 'Karl' Jayme who displayed a deadly performance on Outworld Devourer (14/2/12).

With their victory, Geek Fam advances to the SEA finals. They will face the winner of the series of TNC Predator against Adroit next.

While SEA already finished their first match, fans of European Dota have to wait until Saturday to see their teams in action. OG had to make some adjustments to their roster since their players do not reside in the same region. Their changes will only be applied to the WePlay! event.

The new constellation will face Team Liquid in the first round tomorrow.

Our roster for @WePlayEsport WeSave! will be slightly different than our DPC Season one.

Playing for a good cause

The revenue from the charity event will be donated to CEPI and GlobalGiving. CEPI focuses on developing vaccines against the coronavirus. GlobalGiving delivers essential items to families in need, provides hospitals with lifesaving medical supplies, and supports doctors and nurses. You can find additional information about the NPO's here.

WePlay! also appeals to all betting companies to not accept bets on any of WePlay!'s charity matches. An exception for their request is made when betting companies would donate any revenues they made with those bets to the same cause.

Stay safe, protect others and make sure to tune into WePlay!'s charity event!