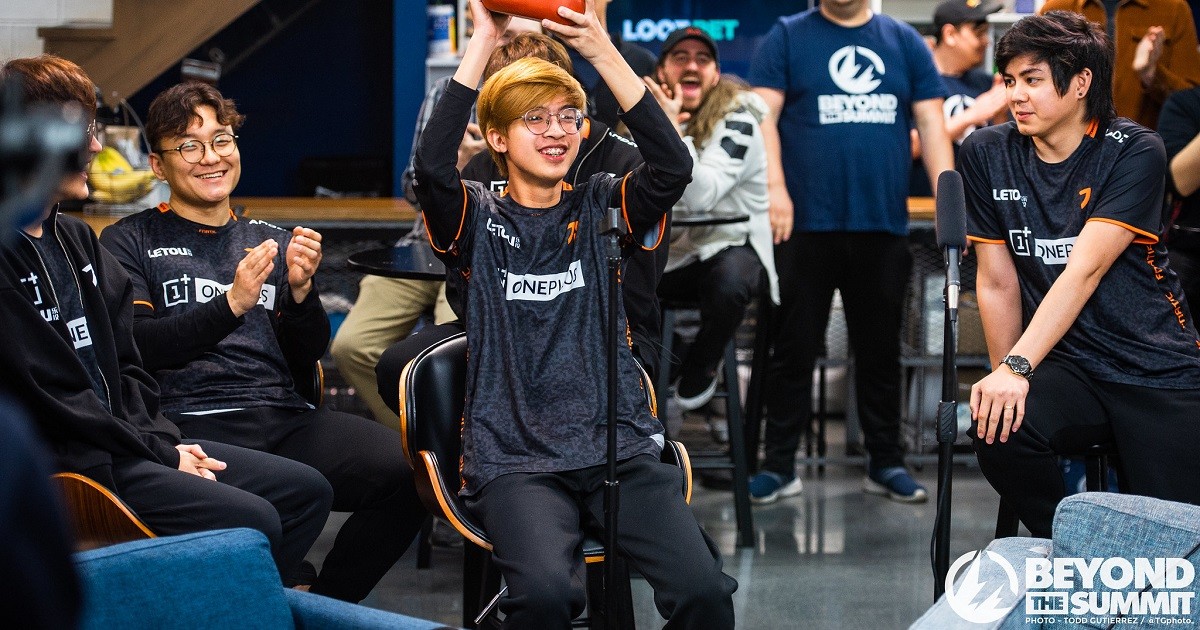 posted by Smyke,
The Southeast Asian squad surrounding Daryl Koh 'iceiceice' Pei Xiang celebrated their first LAN victory ever. They beat OG Seed in the Grand Finals. Back when Fnatic still had a European squad including Kai 'H4nn1' Hanbueckers, Johan 'BigDaddyN0tail' Sundstein and Tal 'Fly' Aizik, they won two LAN events in 2012 (Thor Open 2012 & DreamHack Valencia) as well as the Nexon Invitational Super Match in 2013 where they placed first next to Alliance and TongFu* in an unordinary tournament format.

But years passed and Fnatic's squad changed several times - even to another region. For some time now, Fnatic recruit SEA squads and the most recent one includes Daryl Koh 'iceiceice' Pei Xiang, Djardel 'DJ' Mampusti and other top players from that region. They competed at DOTA Summit 12, a small tournament which should have been inbetween a Major and a Minor of the DPC.

The Major competition was cancelled, because of the COVID-19 virus, so Dota Summit 12 got more attraction than the organisers would have thought of before - especially two teams: Fnatic and OG Seed.

The Southeast Asian squad had a strong group stage performance. Afterwards they beat Team Liquid and Evil Geniuses, two contenders for the title. So they made it into the Grand Finals of the tournament, but the bigger surprise was to see OG Seed making it into last series of the tournamet, too.

VICTORY SNATCHED FROM THE JAWS OF DEFEAT@OGesports.Seed take their rapier back and secure a spot in the finals at #LOOTBETDS12 against @FNATIC!! 🌻🌻


OG Seed vs. Fnatic in the Grand Finals

The European squad didn't qualify for a DPC event yet, but proved their potential at Dota Summit 12. Especially, their Lower Bracket Finals against EG will stick in the minds of their fans. After losing the first game, OG Seed fought back and won the other two matches to make it into the Grand Finals.

The last game was definitely more exciting: OG Seed was able to keep up with Fnatic's pace for the first 25 minutes, but then the SEA squad gained an advantage they even expanded throughout the match. After more than 50 minutes OG Seed was beaten and lost the match with 3-0. Finally Fnatic can celebrate a LAN victory again.

Do you think Fnatic would have also won the Major?