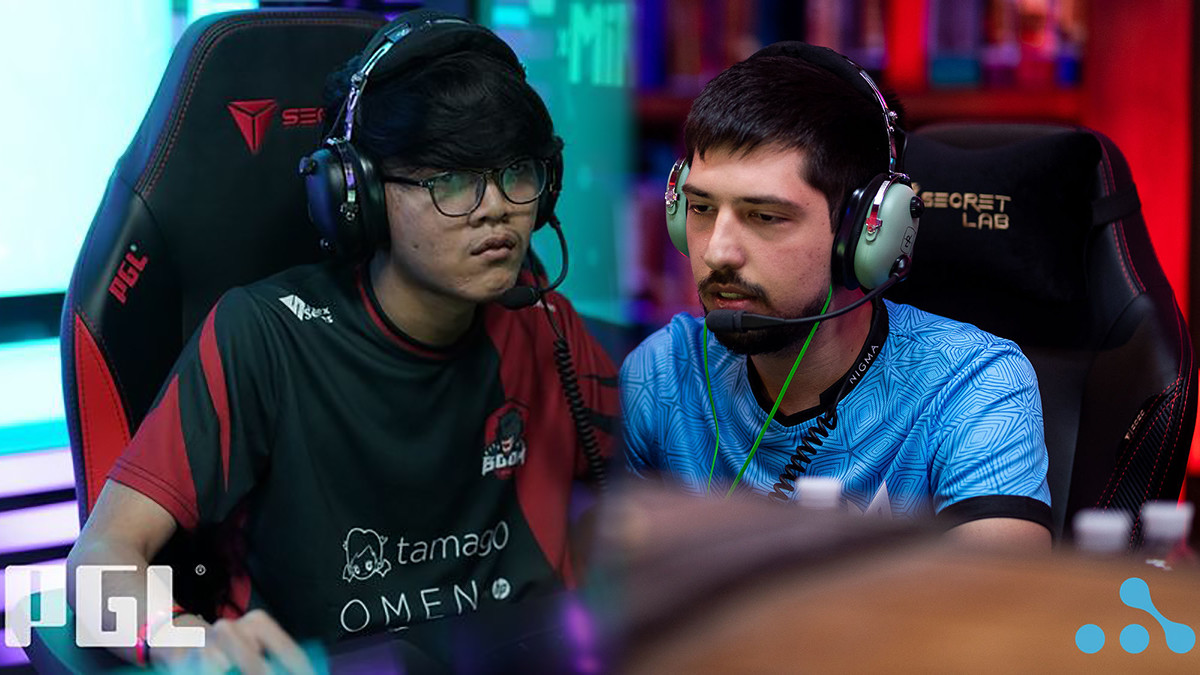 posted by NanaKrustofski,
"MMR is just a number," so a wise man once said. Currently, seven players achieved the milestone of gaining 10k MMR. But does success in pub games also mean they play on top teams and collect one trophy after another? Let's take a look at the best pub players in the worldand if they could transfer their skill into tournament success. Armel Paul 'Armel' Tabios is the most recent player who made it into the 10k Hall of Fame.

Congratulations @armeldoto for reaching one of the greatest achievements in competitive Dota 2 and being one of the few people in the 10k Hall of Fame!#StrongerTogether#SummonYourStrength pic.twitter.com/DdXKUhPEJ2

This is why we decided to take a closer look on all the players that also made it into this exclusiv club:

June 2017: The entire Dota world had their eyes on Abed 'Abed' Yusop. The carry from Digital Chaos* was the limelight for several week as he climbed higher and higher in MMR.

The closer he got to 10k, the more self-proclaimed "MMR assassins" tried to prevent him from reaching the milestone. But Abed could not be stopped. At one point, he reached 9999 MMR – only one point separated him from establishing himself as the best player on paper.

A rather anti-climactic victory with Queen of Pain in the following match finally let him break the 10k mark as the first player in the entire world.

While many applauded him for his massive achievements, some voices also discredited his success. Allegedly, several of his opponents intentionally lost their games against Abed to give him free MMR.

Abed defied all criticism, once again became the first player worldwide to reach 10k MMR under Valve’s new Medal system in 2019 and in the meantime, he established himself as one of the strongest players in the competitive scene. Currently, he is playing for Evil Geniuses. Abed definitely proves that his ability in pubs reflects on his career.

The second player to breach the 10k mark is Yeik Nai 'MidOne' Zheng. His route was often considered a textbook example for reaching the milestone. While Abed's achievement initially was overshadowed by opponents allegedly feeding him MMR, MidOne got praised for playing his matches live, with his map open, randoming heroes and abandoning games if an enemy seemed to have feeded.

"F*ck you, easy!": In July 2017, he finally joined Abed after finishing his last 9k figure pub with a 23/3/11 Ursa. MidOne counts to the most successful players in the competitive scene as well. Under Team Secret, he had dominated the midlane for several years until he joined OG in January.

Several Major titles, the first place of the DPC 2018/19 and high placements at the most recent TIs are additional proof of his skill, apart from his MMR.

In August 2017, Artour 'Arteezy' Babaev took the third place of the pedestal of 10k players. For him, a quick match with his signature hero Lycan elevated him over the final step. It is also notable that RTZ was the second player ever to get to 9k, just after Amer 'Miracle-' Al-Barkawi.

"He's a good player, a bit overated in my opinion. But defenitely okay to be in a top team!" Little did Sebastien 'Ceb' Debs know in 2013 that RTZ will become one of the most famous players. Ever since entering the competitive scene, he counted as one of the most mechanically skilled players.

His abilities also show in tournament results. Despite the infamous "third place curse", EG's carry consistently counts as one of the biggest threats and the team keeps playing at the top.

RTZ is known for his ping-pong changes between Team Secret and EG. Since 2016, he's been on EG for good. While the team scrapes past trophies and first places, RTZ usually stays a fan favourite and still manages to display that he is worthy of his high MMR.

Another EG player joins the 10k club: Roman 'RAMZEs' Kushnarev. In November 2017, he reached the milestone only one week before the MMR system got reset.

Despite his young age, Ramzes quickly established himself as one of the strongest forces in the scene. Virtus.pro reigned supreme in the DPC 2017/18 and became second in the year after. Ramzes collected several Major titles and also proved to be a top player on several positions.

The MMR system received a major rework in 2017. It took three years for another player to get to 10k, but in January 2020, Marc Polo Luis 'Raven' Fausto made it.

He is especially known for some of his outstanding Spectre plays. For example in a match against Cignal Ultra, he turned a team fight around by constantly jumping between his Haunt-Illusions.

The carry currently plays for Geek Fam. He has been a staple in the SEA scene for several years, even excelling on TNC Predator. While he took part at several TI's and big tournaments, the important victories still lie ahead.

Another heads-up play occured against iG.Vitality where he impressed on Weaver. He quickly dominated a Golem and used it to stun his opponent who wanted to TP out.

The sixth player is still rather unknown in the international scene, but he definitely knows what's cooking. The Indonesian player reached the five-digit mark on February 25, 2020.

Congratsss Mikoto for being the first Indonesian to join the 10K MMR club, the fourth in SEA and the sixth in the world to reach this. May this great achievement bring you and BOOM’s Dota 2 team to greater heights pic.twitter.com/A2zky0d8Zg

In his case, his skill on paper hasn't transferred into professional success. So far, his tournament experience is limited to local events and Minors. He still stands at the beginning of his competitive Dota career, with his current team BOOM Esports being the first professional organisation.

Most recently he competed at the StarLadder ImbaTV Dota 2 Minor #3. Boom were not able to advance to their first Major and Mikoto had trouble to shine during the tournament. He still managed to display an impressive escape with Monkey King against Team Aster.

On February 28 2020, Omar 'w33haa' Aliwi became the seventh player to surpass the the magical threshold.

The last player in the 10k row is another example how high skill in pubs mean great results at tournaments. w33 has been part of the pro scene for several years, boasting two The International Grand Finals. He also collected several Major titles and high placements, especially during his time at Team Secret.

w33 also got the achievement as the world's first player to hit 8k. Back then he demonstrated his skill with his famous anti-smoke play on his signature hero Windranger at The Frankfurt Major. He sent an Illusion to patrol a passage, detecting any invisible opponents who interfered his movement.