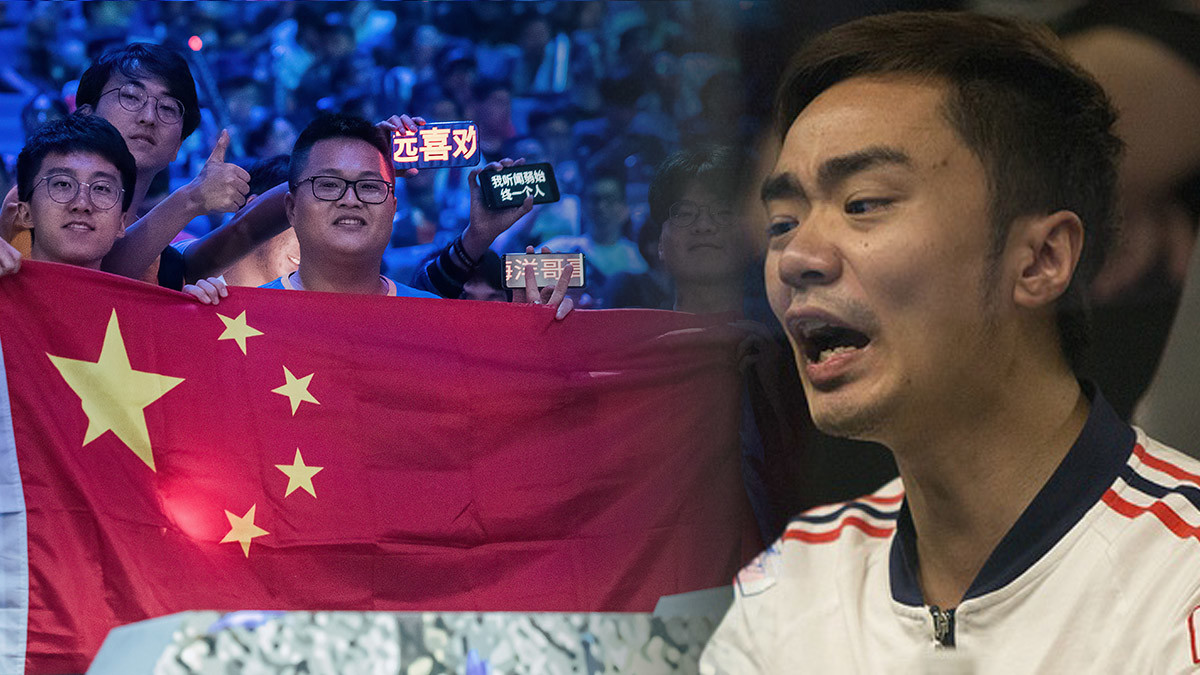 posted by NanaKrustofski,
The reiteration of 322? Rebirth are currently under fire for alleged matchfixing. Accusations that they lost their series against Newbee in the StarLadder ImbaTV Dota 2 Minor #3 on purpose are enraging the community. "If this match is not fixed, I will eat sh*t on stream". Zhang 'xiao8' Ning streamed the series of Avengerls and has a strong opinion on their playstyle. According to a user on Reddit, he was so enraged he commented the match with this quote.

Avengerls faced Newbee in the Upper Bracket R1. The team won the first match and had a clear lead in the second game as well. Instead of closing it out and finishing the series 2-0, Avengerls made some questionable plays that resulted in a loss for them. They also lost the third match, therefore Newbee took the series 2-1. It is now rumored that Avengerls threw the game on purpose.

One example for a throw would be the following clip. Morphling advances towards Newbee despite not being in the position to make an initiation. Then, Tiny tosses the enemy Medusa towards his team, enabling her to land a perfect Stone Gaze resulting in a double kill. And after that fiasco, Faceless Void enters the already lost fight as well and wastes his Chronosphere.

Another example: Morphling farms the enemy jungle even though he was completely alone and two of his team-mates were dead.

Avengerls took several fights that resulted in an obvious loss. In this clip, instead of retreating after Void dies, they go back in and stay in the area which resulted in four deaths.

While the drama about alleged matchfixing boiled, Sun 'Srf' Runfa from Keen Gaming casually stole the show with Timbersaw. In their match against Team Aster, he pulled off a quick Aegis snatch by rushing through the Rosh Pit with Timber Chain.

But his insane stunt was not the only highlight of the match. Keen won game two in an insane base race. While Aster were pushing Keen's base an eliminating their defending heroes, Liu 'Freeze' Chang counter-pushed on Lone Druid with an army of creeps. With joined forces with KG.一's Templar Assassin, they took down the throne last second.

Their stellar plays and victory in game two was not enough to defeat Aster though. Aster took the other two games and with a final result of 2-1, coming out on top of Keen Gaming. They now face Newbee next in the Upper Bracket Finals, Keen take on Avengerls in the Lower Bracket. All matches will be aired on the Beyond the Summit Twitch channel.

What do you think: Was there matchfixing?