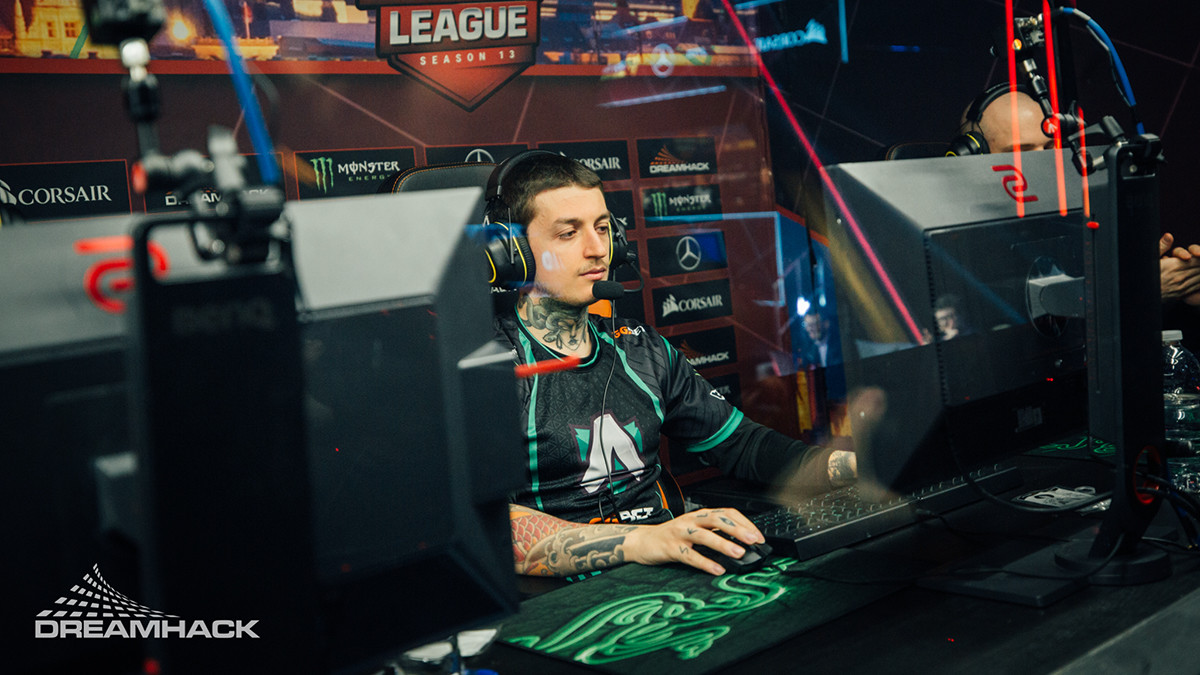 posted by NanaKrustofski,
The qualifiers for ESL One Los Angeles 2020 continue. While Nikolay 'Nikobaby' Nikolov got trapped on a cliff twice, Nigma went down with their IO carry strat. A short overview of the latest results.

Team Secret continue their victory spree and remain completely undefeated. Two of their wins derived from their matchup against Nigma – which bore an interesting draft from Nigma.

Amer 'Miracle-' Al-Barkawi went for an IO carry in game two, but with a 4/12/9 score line, the strategy did not work out for them. Ivan 'MinD_ContRoL' Borislavov's Underlord tried to defend the midlane against Lasse 'Matumbaman' Urpalainen's Broodmother and Omar 'w33haa' Aliwi switched to offlane on Huskar.

Nigma now have to fight OG Seed in the 3rd-4th Place Tiebreaker , Secret advance to the playoffs.

The cliffteezy curse spreads to his doubleganger: Nikolay 'Nikobaby' Nikolov assumed the role of a spectator involuntarily twice during a big teamfight against Ninjas in Pyjamas, landing on the same cliff.

Due to this 2-0 loss, Alliance miss the chance to make it to the qualifier playoffs. Their path now continues at the Minor qualifier.

Have Virtus.pro finally found their key constellation? Recently, the organisation has been involved in some roster-change drama by attracting players from other teams.

Their new line-up seems to work out: VP did not lose a single one of their matches and stand on top of the CIS ranking. Zaur 'Cooman' Shakhmurzaev turned out to be a strong addition to the team, also giving flexibility to switch positions with Vladimir 'No[o]ne' Minenko. The latter managed to land a three-man Torrent with Kunkka against AS Monaco Gambit

SEA already found their first Major contender: Fnatic. They faced Adroit in the playoffs, but squad from the Philippines unfortunately had to forfeit game one due to internet issues.

Apparently, the team had to play from a local internet cafe instead of their gaming house, but the internet connection was not stable at their location. While Adroit attended the second match, they constantly had to face disconnects and other problems. Daryl Koh 'iceiceice' Pei Xiang's kind gesture to give them time to reconnect was not enough to solve Adroit's problems.

After 17 minutes of unstable internet connections and an ultra kill from Kam 'Moon' Boon Seng, Adroit had to surrender. Fnatic are the first team across all regions to make it through the qualifiers.

How to win: buy Crystalys five times! Chaos Esports Club played their way to the second place of group A – shortly behind Evil Geniuses who've won every single match so far, which doesn't come as a surprise.

EG have to face Fighting PandaS in the playoffs next, whereas Chaos will take on business associates (former J.Storm).

A storm has come over SA: Thunder Predator stand on top of the ranking with only one map loss against paiN Gaming. Both the teams already advanced to the qualifier playoffs, their opponents are still be determined.

For Thunder, the ESL ONE Los Angeles would not be their first appearance at a Major. In 2019, they participated at The Chongqing Major with a slightly different line-up and finished on 10th place.