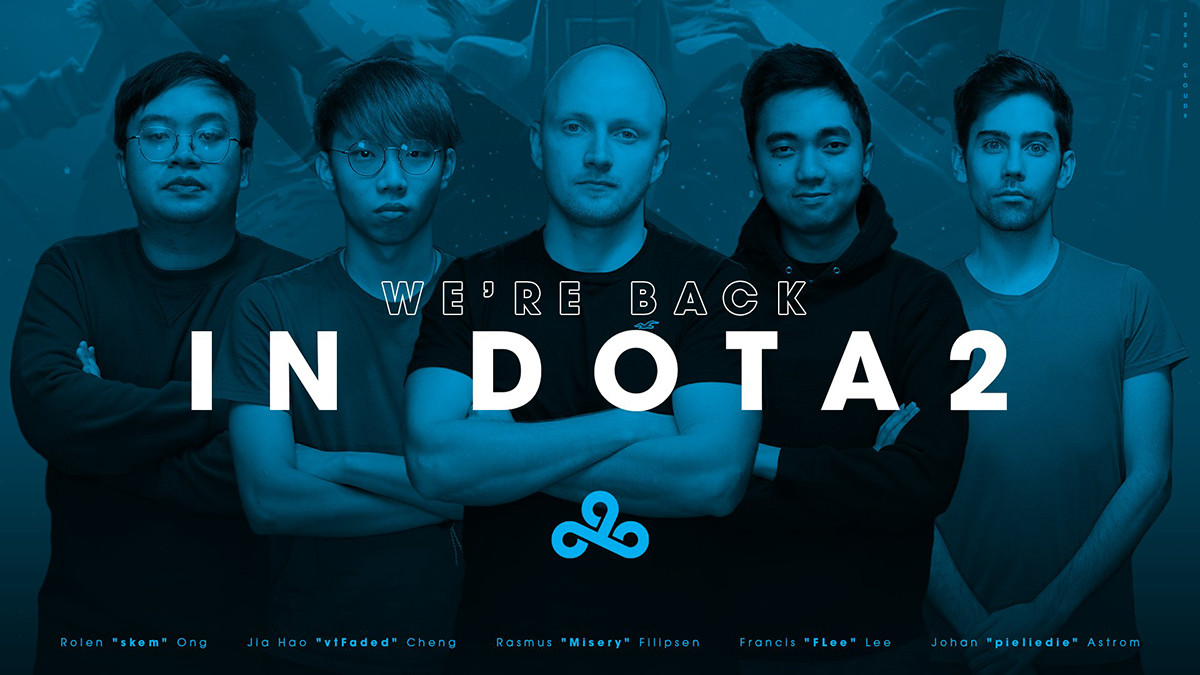 posted by SmittyW.,
Team NP stage a comeback in Dota 2! They signed a new squad including Johan 'pieliedie' Åström and Rasmus 'rASmus' Fillipsen. Cloud9's Dota roster dissolved after losing early at The International 2017. From the former squad surrounding Jacky 'EternaLEnVy' Mao and Adrian 'Fata' Trinks only PieLieDie makes his return.

He is joined by another C9-veteran: MiSeRy played for the organisation in 2015. Back then, he attended The International 2015 with the North American team, side-by-side the eventual two-time TI champion Johan 'BigDaddyN0tail' Sundstein.

After 2 years, #C9DOTA comes off of cooldown as we rejoin competitive @DOTA2!

The line-up is being completed by Francis 'FLee' Lee. The position 4 player last competed for Demon Slayers which whom he took second place at the DreamLeague Season 12 finals.

Cloud9's CEO and owner, Jack Etienne, comments on their comeback to Dota 2:

“Ever since departing the Dota 2 space in 2017 we’ve been keeping an eye on finding the best time to re-enter and I’m glad to say it’s finally arrived. These players have had success across the world and everyone here is looking forward to what they’ll do as a team.”

The team will be playing in the Southeast Asia region initially, but will be representing the North America region at future events.

What do you think about C9 re-entering Dota? What are your thoughts on their roster?