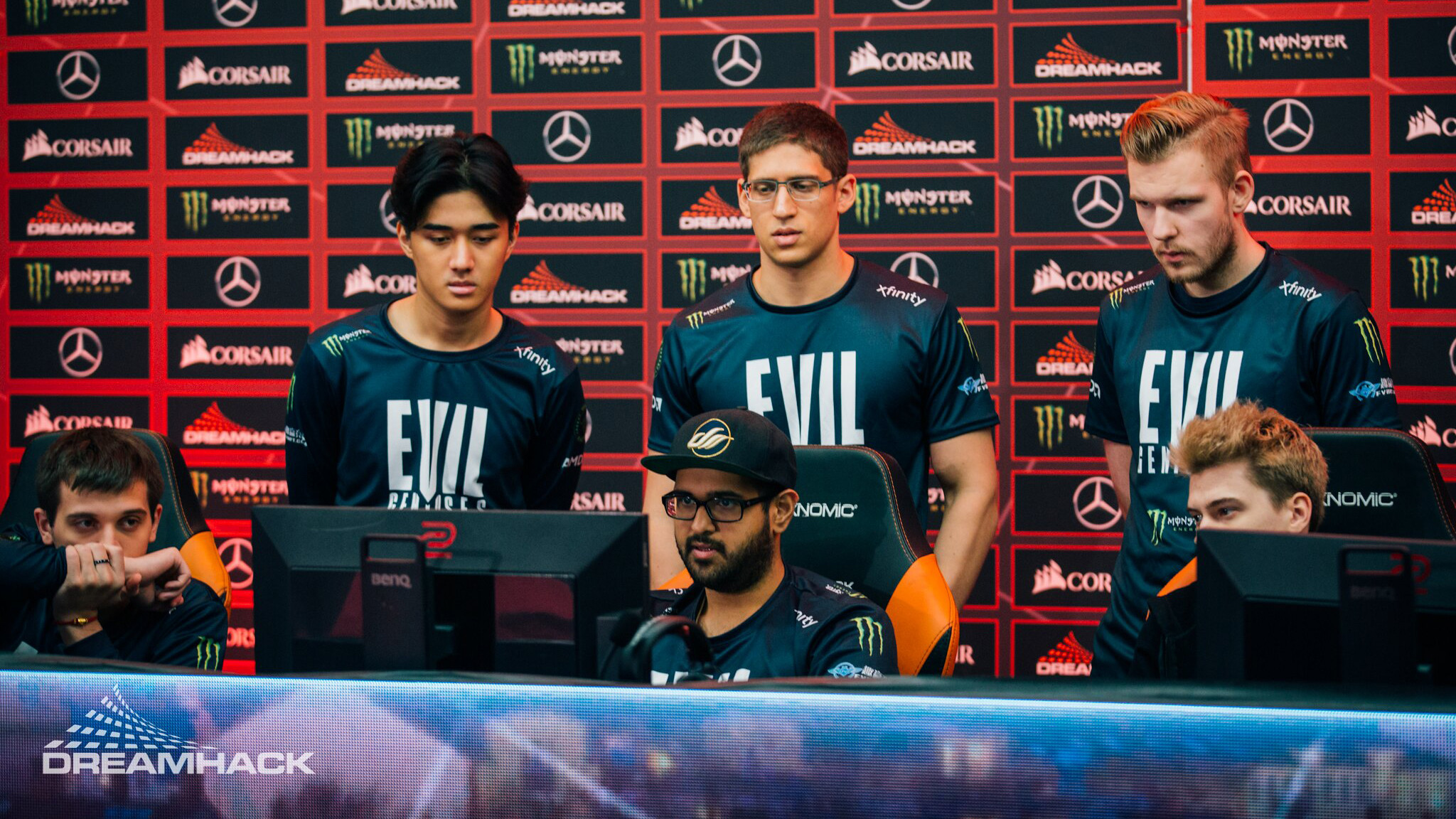 posted by SmittyW.,
Evil Geniuses prevail over Invictus Gaming in a back-and-forth three game series. Especially Abed 'Abed' Yusop's performance was too strong for the Chinese powerhouse. iG have been eliminated from DreamLeague Season 13: The Leipzig Major. Although they fought valiantly, the geniuses turned out to be too much to handle.

In Game One, we saw a dominant performance by EG – or rather Abed 'Abed' Yusop, one should say. He played a flawless game on OD (11/0/2), and accumulated so much farm before the 30-minute mark, that he was untouchable for the Chinese.

A perfect Winter's Curse by Andreas 'Cr1t-' Nielsen was the final nail in iG's coffin, granting OD free reign over his victims. EG went ahead convincingly 1-0.

Everything pointed to a quick iG victory, but then Artour 'Arteezy' Babaev's AM started to snwoball and made a huge imapct when the opponents tried to push highground.

Despite this wipe, EG couldn't quite pull off the turnaround. In a mid fight, they got stomped once again and had to concede their loss soon after that.

The last game started way more balanced than the first two. This time, iG went for an AM on Jin 'flyfly' Zhiyi, who outshone his team-mates in terms of farm.

Slowly but surely, the North Americans managed to edge out an advantageous position. They grew confident and wanted to take on Roshan but iG attempted a sneaky maneuveur. They were able to kill off Abed, who posed a great threat but he bought back immediately to take his revenge:

While the entire team played well, it was Abed's Storm Spirit (15/3/11) in particular who was responsible for EG's victory. Their next opponents are going to be determined tomorrow. Fly and his team-mates are going to face the winner of the series between Alliance and Team Liquid.