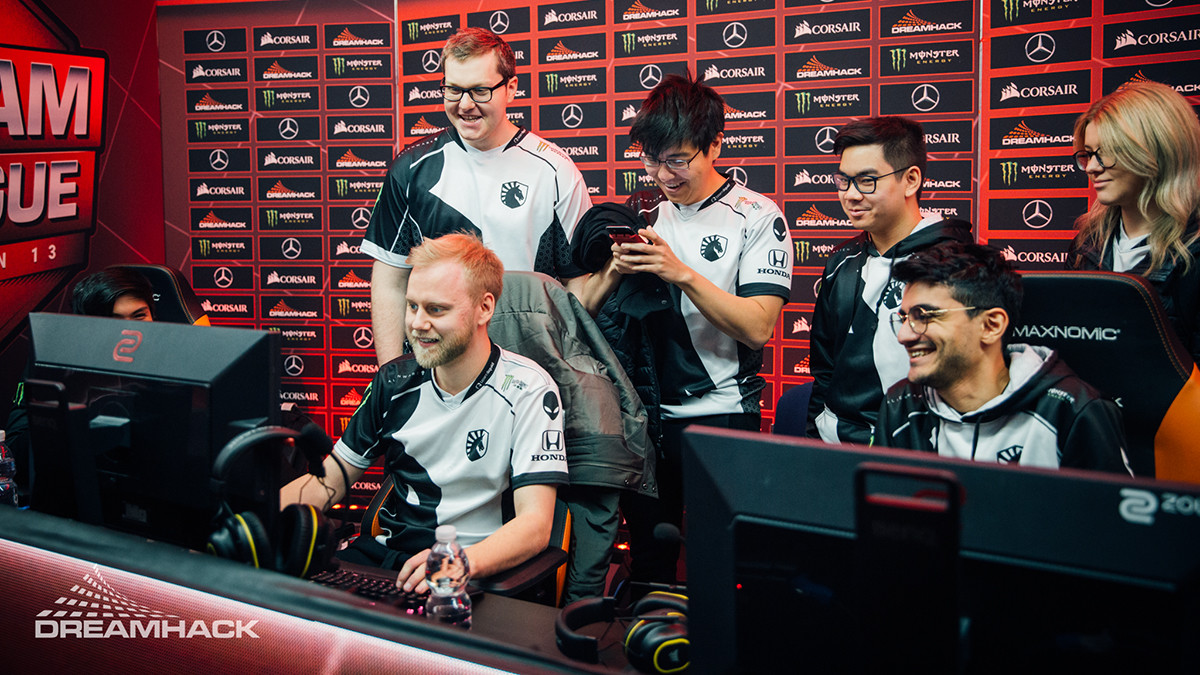 posted by NanaKrustofski,
81 minutes, two rapiers and a 77k networth lead later: The first game between Natus Vincere and Team Liquid finally comes to an end. After a second match Liquid close the series 2-0 at the DreamLeague Season 13: The Leipzig Major.

The first encounter between the two teams seemed to last forever, but after 81 minutes, Liquid were able to destroy the Ancient. Despite the long match, the kill score was only 35-23.

Michael 'm`ICKe' Vu takes home the most kills on his Morphling (19/3/5), as well as the most damage dealt.

At 27 minutes, Liquid tried going highground for the first time with a Double Damage Rune on Huskar. Their push got averted when Max 'Qojqva' Broecker's Huskar got killed and the team had to retreat. This basically marks the beginning of a recurring pattern throughout the next hour: trying to push highround, cores getting killed, retreat, repeat.

In theory, the odd were in favour of Liquid: they constantly hold an extremly high networth lead, Micke got free farm during a large part of the game and Oracle was able to deliver backup so the cores were extremely hard to kill. Eventually, they even got the Neutral Item Apex on Morph, which increases the primary attribute by 80%.

But despite their big advantage, they kept dying to Idan 'MagicaL' Vardanian's Sniper with Double Divine.

After several tries and a lot of chip damage to Navi's structures, Liquid were eventually able to overcome them in the last base fight and finish the game.

The second game came to its conclusion way faster. After 47 minutes, Liquid took the second victory and close the series 2-0.

Both teams chose a quite different strategy. Na'Vi tried Earthshaker mid, a Viper offlane and Slark carry. Liquid on the other hand trusted on Pango and Broodmother carry on Boxi and qojqva respectively. He made sure to not drag his spiderlings into fights since he had to face an enemy Earthshaker and successfully finished the match 12/1/5.

Having the lead again throughout the entire game, Liquid were able to take teamfights and push highround this time without getting repelled. After 47 minutes, they closed out the match.

Na'Vi are now eliminated from the tournament. Liquid will face TNC Predator tomorrow in the Lower Bracket Round Three.