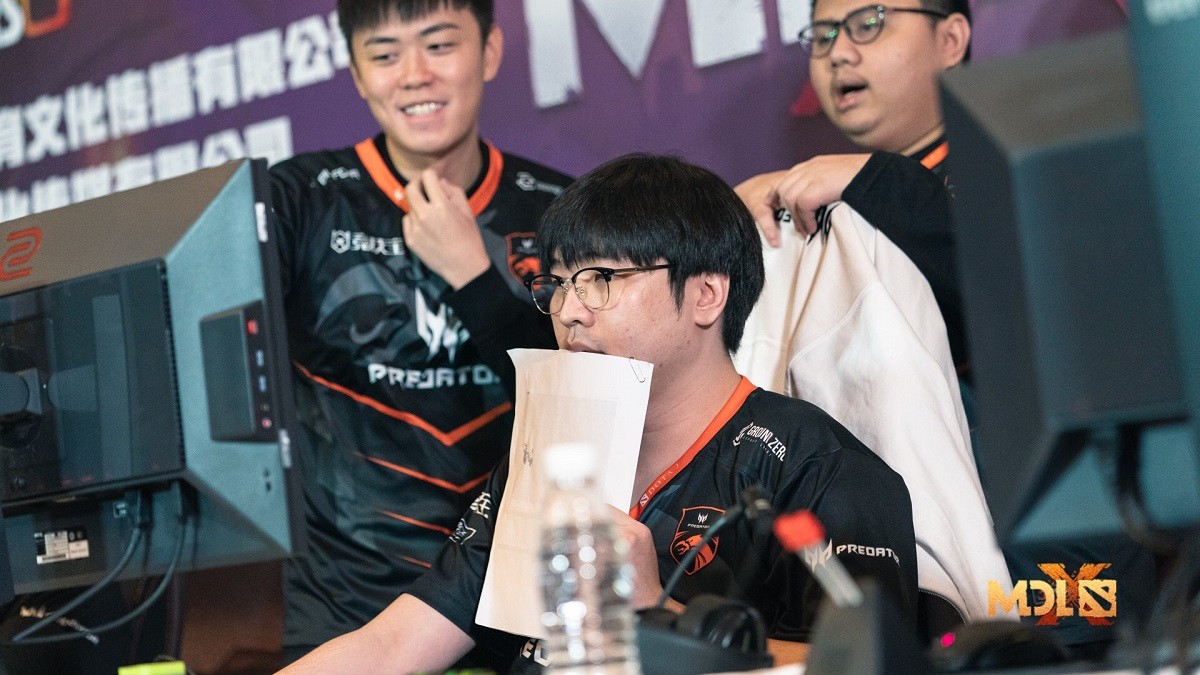 posted by Smyke,
Two matches have been played today already and by the end of the day three teams remain in the MDL Chengdu Major. Invictus Gaming and Vici Gaming are the victorious squads so far. In the first match of the day iG played against J.Storm. While the Chinese squad has been considered to be one of the favourite after winning the first Minor of the season, most people were surprised to see the North Americans so deep in the bracket.

Clinton 'Fear' Loomis and his team-mates had a great start in the Upper Bracket where they beat Team Liquid. Just TNC Predator was able to stop them in the second round of the Upper Bracket.

J.Storm decided to draft Leon 'nine' Kirilin an Alchemist so he'd be carrying his team in the late game. However, the rest of the team combo wasn't adjusted to their core hero.

This is why the German player never had a chance to really carry his team in Game One. Meanwhile, Zhou 'Emo' Yi harassed J.Storm's heroes and gained an gold advantage not even an Alchemist can keep up with.

It looked like it was shaping up to be a better game for @Team_JStorm, but they just couldn't stand up to @invgaming in the end.

That puts Invictus in the Top 4, where they'll be facing @EvilGeniuses later today! #MDLChengdu

13 kills and zero deaths – Emo was obviously the best player of the game and he continued his dominance in Game Two on Gyrocopter. J.Storm tried a more team fight balanced draft in the second game with Enigma, Jakiro and Clockwerk, but it wasn't enough to threat Invictus Gaming at all. Hu 'Kaka' Liangzhi also had an incredible game on Lina and helped his team to kick J.Storm out of the tournament with ten support kills.

The second match of the day was a real highlight, because TNC Predator faced Vici Gaming – and both teams are considered as favourites to win the trophy. However, Game One was disappointing if you were ready for an exciting matchup: the Chinese squad surrounding star carry Zhang 'Eurus' Chengjun literally destroyed TNC's game plan.

The only player on the SEA squad that made a good impression in this first game was Damien 'kpii' Chok on Abaddon with some incredible denies and cutting the creep waves over and over again.

Obviously this wasn't enough to stop iG, because Eurus had an all-star performance on Faceless Void. 29 minutes in the game TNC had to call 'GG'. Armel Paul 'Armel' Tabios's TA had the most kills on TNC's side – two...

With an 8k gold lead at 11 minutes, @VICI dominated the first game in their series against @TNCPredator. Game 2 will be coming up shortly - will TNC be able to turn the tables? #MDLChengdu

Game Two, on the other hand, was the exciting back-and-forth battle the community was hoping for, although it was a surprise TNC didn't ban Faceless Void. VG decided to give Eurus another chance to prove why he's one of the best Void players in the world.

TNC also didn't change that much: Timothy 'Tims' Randrup played Earthshaker again and Armel Paul 'Armel' Tabios trusted his TA skills – with success. Especially in the early game TNC looked way more confident and had got some great kills. It really looked like the SEA squad could take game two.

It's looking like this could be the comeback game for @TNCPredator - will they be able to finish it off and force a Game 3? #MDLChengdu

But TNC started playing messy and a terrible Rosh fight gave VG the chance of a comeback. One of VG's players, Han 'pyw' Xiong, made it into the pit after Rosh died to Armel. He picked the Cheese and Refresher Orb on Lina and was able to use his Laguna Blade twice in a later fight. TNC lost the 14k gold advantage.

Surprised by this defeat TNC forced another fight which they lost again. This is where Eurus Faceless Void came back to destroy TNC. 17 kills and two deaths – Eurus completely shattered TNC's hopes in this series.

.@VICI'S Pyw is hoping they face @invgaming in the #MDLChengdu Grand Finals! Will they get the chance? IG faces EG in the lower bracket semifinals, coming up next.

TNC still has a chance for redemption, but they'll need to win the Lower Bracket Final to make it into the Grand Finals.

Who will they face? Evil Geniuses or Invictus Gaming?