Zyori: "Once you got TI1 Na'vi, you go to Alliance" 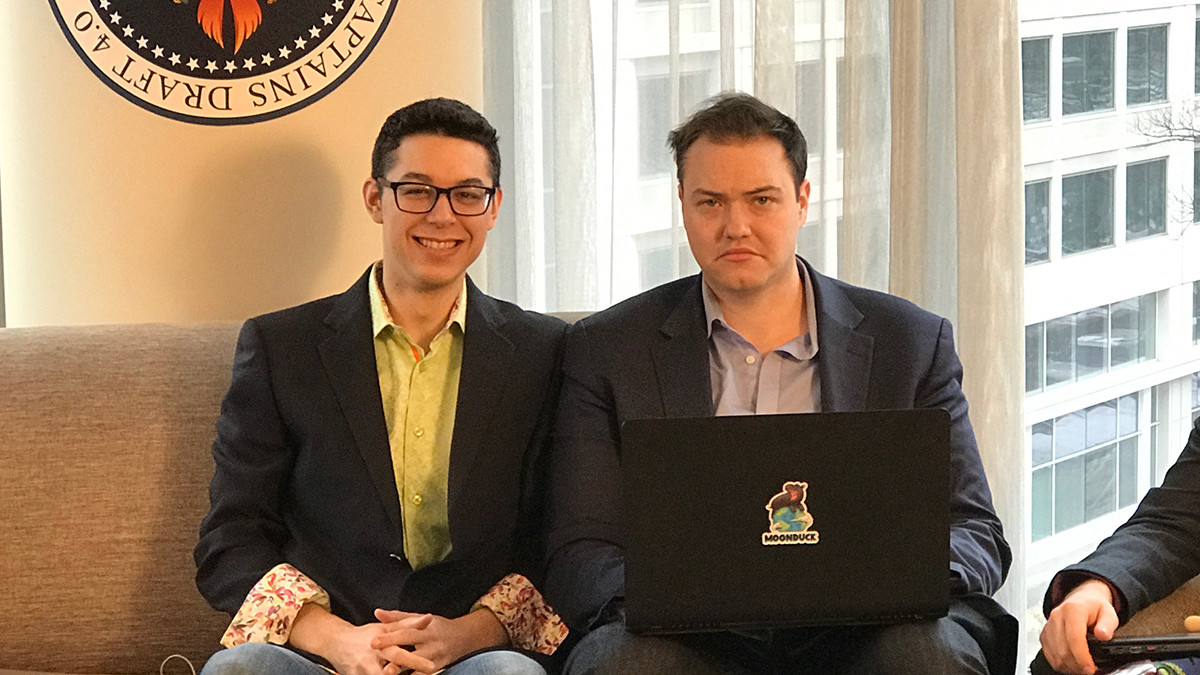 posted by NanaKrustofski,
Midas Mode 2: Sir Sadim's Revenge was long awaited by fans, got nearly canceled by Valve on accident and then surpassed all expectations you could place on a meme tournament. We talked with Andrew "Zyori" Campbell, co-founder of Moonduck Studios and one of the Midas Mode inventors.
joinDOTA: Zyori, before the tournament, Slacks begged teams on social media to sign up for the tournament and indicated that there wouldn’t be any big names involved. Did you guys just troll us, or did you really not have teams at that point?

Zyori: Sort of a combination. The schedule was really messed up for us. We knew it was a risk when we chose to do an event right after TI. When it was obvious Midas Mode was not able to happen with the qualifier date, there was a good 48 hours until things got fixed, where we did not know what the future of the tournament was going to be. Teams are the foundation of all these events. Without tier-1 teams it is no longer a tier-1 event.

joinDOTA: Did you expect Valve to reschedule their qualifiers?

Zyori: Valve has a reputation for not being the most communicative. And to their credit, they broke that stereotype in this situation. They saw the outrage from the audience and they talked to us about how to fix this. I can't disclose everything from these conversations but we send them a back-up plan we can live with.

They entertained our ideas and talked to some other parties. It was not just Valve, there were some other forces that had to agree. With all the other tournaments going on and moving the DPC dates, the folks running those events were also part of that converstaion. There was maybe a 1% chance we could pitch that change.

joinDOTA: The preparation for the tournament took very much time. What exactly made it so difficult planning Midas Mode 2 and which parts of the event were the hardest to organise?

Zyori: Originally, we wanted to do Midas Mode before TI, which did not work out. Players wanted to bootcamp for example. It was hard to find the right time to pull this off. We've been probably working on it for the last year.

The big difficulty with this one was, that this was the first event we had with a live audience but without teams. As part of that, we really wanted to nail that VIP experience. So we came up with all the features like the VR Rosh, the creep takeover and mixing in some of those people on panel.

Zyori: They were all custom designed, just like the game map. We had to hire someone who could make a clone version of Dota and start ripping things out. This was part of the day one problem, where we had to revert to the original map. I think if we had done any one of those features, like just the VR or just the creep takeover, they would have been fine in a vacuum.

But once you put all three together on the outdated interface of the custom gamemode lobby it got really difficult to manage. I'm really proud of these features and I think it was a really cool experiment. This completely raises the bar of fan interaction.

joinDOTA: Do you have any ideas what you will do with Midas Mode 3?

Zyori: Not yet. This kind of events are really tiresome. Every time we finish the crew is kind of overworked. A great part about Moonduck is, we are more like a collective than a traditional company and we can decide to make the next tournament when we feel it is right.

One a year feels like a good frequency, but we want to be careful not to burn out the players or audience. We are still in the gathering feedback phase.

joinDOTA: Who came up with the idea to reunite both TI3 Alliance and TI1 Na’Vi?

Zyori: All credit to Slacks. He spent a lot of hours negotiating with teams. It was kind of a backup plan, we knew it was a sprint after TI, not knowing what the cut-out was after the roster-shuffle. This year’s period was especially explosive. You can understand why Liquid was hesitant to accept our invitation.

We kind of rolled the dice. Within the shuffle a lot of teams did not have a roster. And the players of course were: "as much as I like the idea of this, I will not rebook my vacation to play on a meme tournament".

Once the dates got moved, it caused a second wave of hysteria among the audience. I’m pretty confident that had an impact on players, showing them a large part of their audience think this is an interesting tournament and would appreciate them playing there.

For old Alliance and Na'vi, you sort of only need a captain. Once one key player is sold on the idea, he sells it to the other players. And once you got TI1 Na'vi, you go to Alliance and this puts you in a much better position to convince them.

Stay tuned for part 2 of the interview, were we talked about his book Surviving Esports: The Zyori Story.