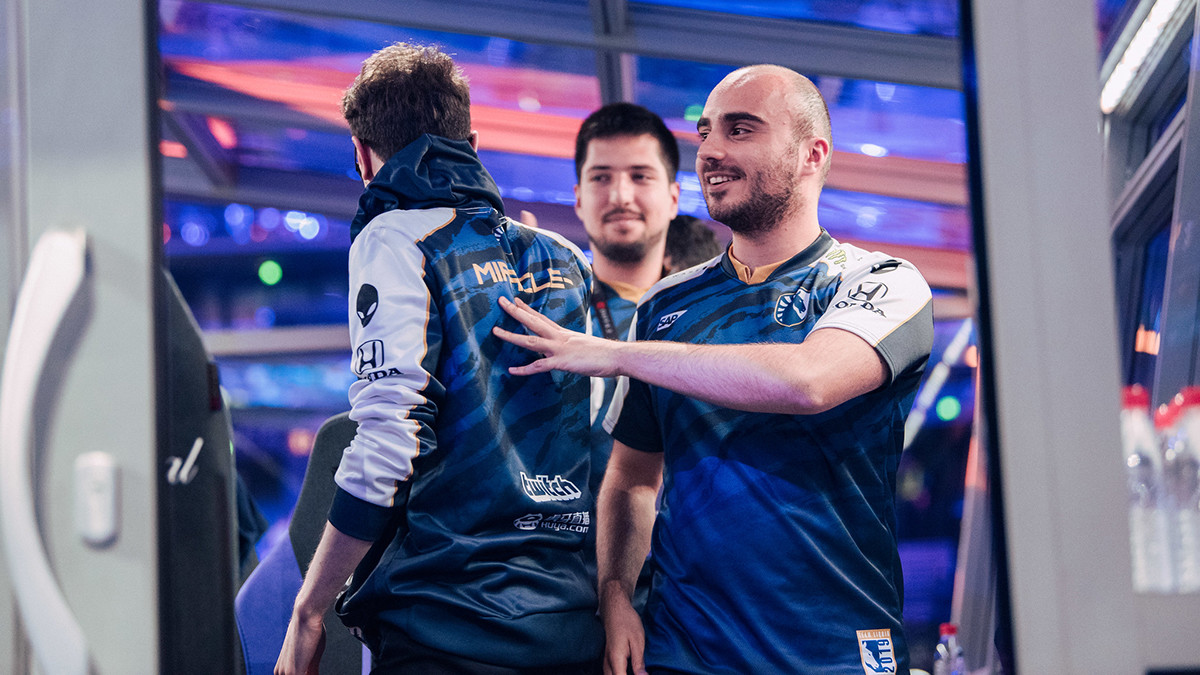 posted by SmittyW.,
Today was another wild ride at The International 2019. Team Secret put an end to Infamous TI run, while Team Liquid bested both Royal Never Give Up and Evil Geniuses.

Team Liquid and Royal Never Give Up played the first series of the day. While Liquid have been getting better as the tournament went on, RNG have shown great results in the Lower Bracket, too.

Game one started fairly balanced with both sides picking off heroes of one another. After the 15 minute mark, however, Liquid began to get the better trades. Amer 'Miracle-' Al-Barkawi's Gyro grew into a huge obstacle for the Chinese.

The star carry tipped the scales in his team's favour, playing a perfect game. With the support of Maroun 'Gh' Merhej on Io, Miracle- turned into a true killing machine, gunning down all opposition. His end score of 12/0/11 speaks volumes.

RNG don't go down without a fight

Game two was a much closer one. Both teams engaged in a true onslaught, with neither side getting a decisive advantage for most of the game. With a game duration of almost 80 minutes, this epic battle has been one of the longest maps played at The International 2019. In general, Liquid get the better engagements, but not without cost. RNG succeeded at picking off enemy heroes too so that their opponents couldn't really forward too much.

The game was dragged out for a very long time, especially due to Liquids zoning potential: Omar 'w33haa' Aliwi's Tiny and Miracle-'s Arc Warden used their spells so effectively that Du 'Monet' Peng and co had problems finding the right engagements.

At the same time, RNG defended their high ground so fiercly that Liquid, despite the advantage they got over time, were not able to end the game. Only after 78 minutes were they able to close out the series 2-0. w33ha was surely the MVP of the match, throwing RNG to death with his trees and finishing with an impressive 21/7/19 score.

Infamous was going into their match against Team Secret as underdogs once again. But everyone was aware that this didn't mean anything anymore, as the Peruvian squad delivered upset after upset.

In their series against Clement 'Puppey' Ivanov and his team-mates their surprised by picking Riki for Jean Pierre 'Chris Luck' Gonzales. While this might have seemed like a gimmicky pick, Infamous didn't give in against Secret. Indeed, the South Americans showed some great plays. Scenes such as the following made one really believe that they could upset once again.

After a crucial fight in the middle, Infamous lost their momentum, however, and Secret began to assert their dominance. Yeik Nai 'MidOne' Zheng's Earthshaker and Michał 'Nisha' Jankowski's Faceless Void obliterated their opponents, and although they held themselves in the game for more than 20 minutes after that, they couldn't keep up with the best team of the season.

After their first partial success in game one, Infamous' shape wasn't quite the same in the second. Team Secret completely outplayed the underdog, losing only some heroes in the early game. After about 20 minutes, Infamous couldn't kill a single hero of Secret's while suffering loss after loss. With an impressive 38-10 score, Secret sealed the deal and sent the SA squad home.

Match of the day: Liquid vs EG

The last tournament match of the day was between Team Liquid and Evil Geniuses. The North American outfit lost their Upper Bracket match against OG, but showed a great performance against the defending world champion and before that against Team Secret.

Whoever lost this series, would drop out of the tournament. Whatever the outcome, one of the most favoured teams had to go home.

Both teams met on eye level in game one. The geniuses earned themselves a slight gold advantage, but killwise we saw a faily balanced match. Yet, we witnessed some really nice engagements, like this one from Team Liquid:

Both teams kept on farming their heroes and the game was pretty much about building up crucial items. The competitors continued this playstyle for 25 minutes, when EG made a well-executed aggressive move taking out three Liquid players.

Team Liquid tried to counter this by setting up a trap at Roshan's. Miracle-'s Faceless Void succeeded at taking out Andreas 'Cr1t-' Nielsen but EG got the better of Liquid. This fight put Tal 'Fly' Aizik and his stack into an advantageous position, gaining more and more control by the minute.

Team Liquid didn't give in, however, and took a crucial teamfight to push the top lane. Miracle- obliterated his opponents, pushing for their base.

EG eventually ran out of heroes and buybacks and Liquid dove deep into their base. Miracle- had nothing better to do, meanwhile, than standing in front of EG's tier 4 towers and hold position – the ultimate flex in this match.

Also map two started off pretty balanced. Both teams got some pick offs here and there and everything pointed towards a long second map. After a while, Liquid found EG offguard, got three kills for their troubles edging out an advantage.

Over time, w33ha's farm on Alchemist got out of control and the geniuses were clueless about what to do against him. Also Miracle- played his Ember Spirit out of his mind leaving EG little room for mistakes. When both teams met in the middle for another battle, the TI7 champions stomped their opponents mercilessly and pushed forward.

After this skirmish, EG were pretty much out of the game. They managed to score only one more kill for the remainder of the series while Liquid bulldozed through to take their well-earned 2-0 victory.

With this result, Liquid continue their impressive Lower Bracket run. Now they have to wait for the winner of the match-up between Secret and Vici Gaming.


Will Team Liquid continue their run through the Lower Bracket?