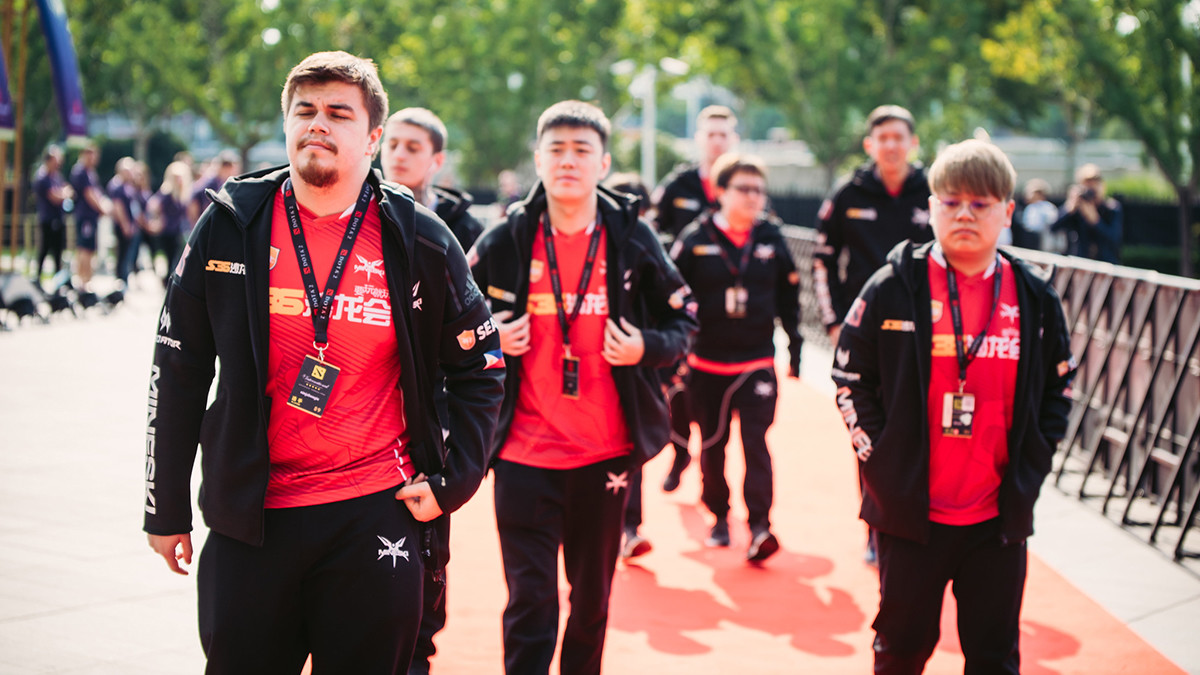 posted by SmittyW.,
The first day of the playoffs brought us some really exciting series. In the last two match-ups of this day, Infamous took on Keen Gaming, whereas Natus Vincere played Mineski.

The fairy tale goes on

Before The International 2019, the South American organisation Infamous was considered an absolute underdog. But Adrian 'Wisper' Cesperes and his team-mates were one of the most surprising teams in the group stage: they won against Fnatic and tied their series with both Evil Geniuses and Vici Gaming.

In their first Lower Bracket match, the SA squad met Keen Gaming, probably the weakest team still remaining in the tournament. Oddly enough, the Peruvians were kind of the favourite to win this, considering the perfomances at TI9 of both teams. Infamous were able to fulfill their role, took an early lead and didn't give KG a chance to stage a comeback.

After 35 minutes, they claimed victory and moved on to their next match, where Infamous will either play OG or Newbee. Either way, this upcoming match-up will put the dark horse to the test.

The one-game series of Mineski and Na'Vi began in the favour of the squad from South-East Asia – if only slightly. Mineski found great engagements and forced bad ones out of the CIS squad.

Only moments later, however, Na'Vi were able to surprise their opponents and deal massive damage; an important move to gain map control and stay in the game.

Both teams played a calmer game after that, with Mineski getting pick offs here and there. Na'Vi were contend with giving their rivals more map control and waited for a favourable engagement, and their patience paid off, when, after half an hour, they wiped out the entire team save for Ryan Jay 'raging-potato' Qui.

They laid siege to Mineski's base, wiped out the team again, but were barely too late to finish the game, Mineski respawned and killed off the attackers.

The remainder of the game was a to and fro between the contestants with more great plays from both teams. Mineski played patiently and didn't let Na'Vi rush them into unwise engagements. After one our, Mineski accumulated a 40k networth lead an finally breached the defenses of the Russian stack. With their patient performance, Mineski eventually secured their spot in the next round of the TI9 Lower Bracket.

At the end of the first playoffs day, both Na'Vi and Alliance were eliminated from TI9. With them, all hope of the good old el classico is gone. But never fear, more Dota action is to come tomorrow.


Are you happy with the results in the Lower Bracket?