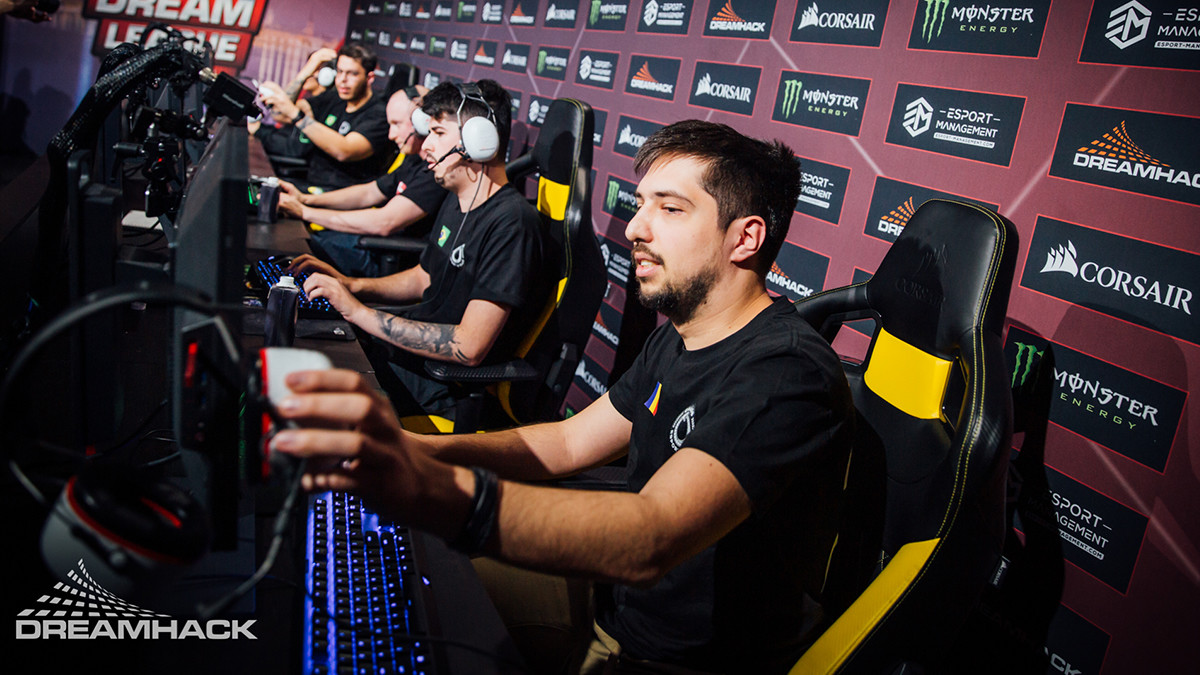 posted by EskayDota,
From pubstar to joining one of the most iconic rosters in history, we take a look at w33’s journey to Team Liquid.

Omar 'w33haa' Aliwi had made a name for himself days before his professional Dota career. Being the first player to claim the 8000 MMR accolade was a feat that most certainly didn’t go unnoticed. Everybody had seen his matches, videos on YouTube circulated, and for a time, he was considered one of the most talented players Dota had to offer. All of this, was before his professional career really took off.

He started his career with Balkan Bears, a team featuring w33 and some names that fans today might not recognise. Having relative success for the reputation the players held, it wasn’t long before w33 persued other opportunities. Teaming up with Tal 'Fly' Aizik, Kai 'H4nn1' Hanbueckers and Johan 'pieliedie' Åström, Meepwned was formed. This was w33’s first venture into a team with professional players.

They didn’t particularly have any more success than Balkan Bears, and it wasn’t long before w33 returned to his roots. With a trip to 4 Clovers and Lepricon, seemingly elsewhere in the world, Team Secrett shuffled their roster, and the rumours began.

The best captains are always able to take inexperienced or younger players and turn them into hardened professionals. They can see talent where others might not (or in the case of w33, where everybody else saw the talent too), and harvest that talent to maximise all potential. We’ve seen it with Johan 'BigDaddyN0tail' Sundstein and Amer 'Miracle-' Al-Barkawi, Topias 'Topson' Taavitsainen, Anathan 'ana' Pham. Kuro S. 'KuroKy' Takhasomi did it with Maroun 'Gh' Merhej, Ivan 'MinD_ContRoL' Borislavov; Clement 'Puppey' Ivanov did just that with w33.

People saw it as a risk. He didn’t have much LAN experience at the time, but certainly performed well and had a unique hero pool; something that Puppey certainly used to his advantage. Teaming up with former teammate pieliedie, the roster would be rounded out with Jacky 'EternaLEnVy' Mao, and importantly, Rasmus 'rASmus' Fillipsen, a pairing that would be important in the history of Dota 2.

They would reach the final of the Frankfurt Major, but fall short to an up and coming OG side. Just soon after, they would win the Shanghai Major, the second in the season. Whilst this was a big success for the team and w33 in particular, they looked shaky in other tournaments, and eventually, the roster would split up.

DC were a team prior to the Shanghai Major, but had their players ripped apart from the fallout. With players out of Secret, they needed new players. Using EG as their feeder club, they poached Saahil 'Universe' Arora and Artour 'Arteezy' Babaev, leaving two massive holes on Evil Geniuses. With Peter 'ppd' Dager and squad needing new players, they sought aid from North America’s B-team at the time, and called up Kurtis 'Aui_2000' Ling and Sam 'Bulba' Sosale back to the big leagues.

So, to complete the shuffle based love triangle, w33 and Misery would move to DC. With Martin 'Saksa' Sazdov and Roman 'Resolut1on' Fominok still on the roster, and the final addition of a relatively unknown David 'Moo' Hull at the time, the team would begin achieving consistent… last place finishes at international events. Until TI6.

Sometimes the stars align; it could have been OG’s victory but in 2016 instead. From nowhere, DC placed second in their group and surged through the knockout stages, eliminating EG in one of the most exciting series The International has ever offered. They reached the grand finals as complete and utter underdogs. They struggled in the final versus Wings, but their performances on the way there would never be forgotten. The team had made a reputation for themselves, one that said “this was not a fluke”.

After TI, DC would go on to achieve some relatively average results, and eventually they took ESL One Genting, their first and only first place finish at a major event as an organisation. They returned to their pre-TI form afterwards, and eventually they were dropped from the roster. Continuing their team under a new name for a while, they didn’t particularly find their stride, and finally, called it a day.

W33 always had loyal followers. From the day he reached 8k MMR, there were always fans who wanted to watch him play. With some time away from Misery, the two would end up together once more when paiN Gaming needed a leader; a true captain. The pair played together, obviously having enjoyed their time together on the DC / Thunderbirds roster, and their synergy showed.

With w33, paiN were underdogs who still managed to place happily at Epicenter 2018, ESL One Birmingham and Hamburg too. However, it wasn’t quite the success that w33 nor Misery had once experienced with DC, and probably wasn’t quite the career they had dreamed of. Leaving for opportunities elsewhere, they rejoined the Chaos organisation, and with such, the story reaches familiar territory.

Chaos struggled to perform particularly well, attending every Major thus far (with the exception of Epicenter), but placed poorly at each. With the knowledge that they couldn’t qualify for TI9, once again, rumours started circulating. W33 was training with Team Liquid after Lasse 'Matumbaman' Urpalainen’s departure. Could this finally be the storyline that takes w33 to a TI title?

It’s early days but w33 definitely adds a new and unseen element to Liquid’s lineup. Matumbaman was one of the most diverse and talented carry players available, but at some point Kuro S. 'KuroKy' Takhasomi talked about how teams had figured them out. Having been together for nearly 1000 days, it was time for something fresh.

Only time will tell how the story will go for w33 at Liquid, but many would love to see traditions be broken, and Liquid winning a second TI.