Timado and his new squad on Dota in South America, TI9 and more 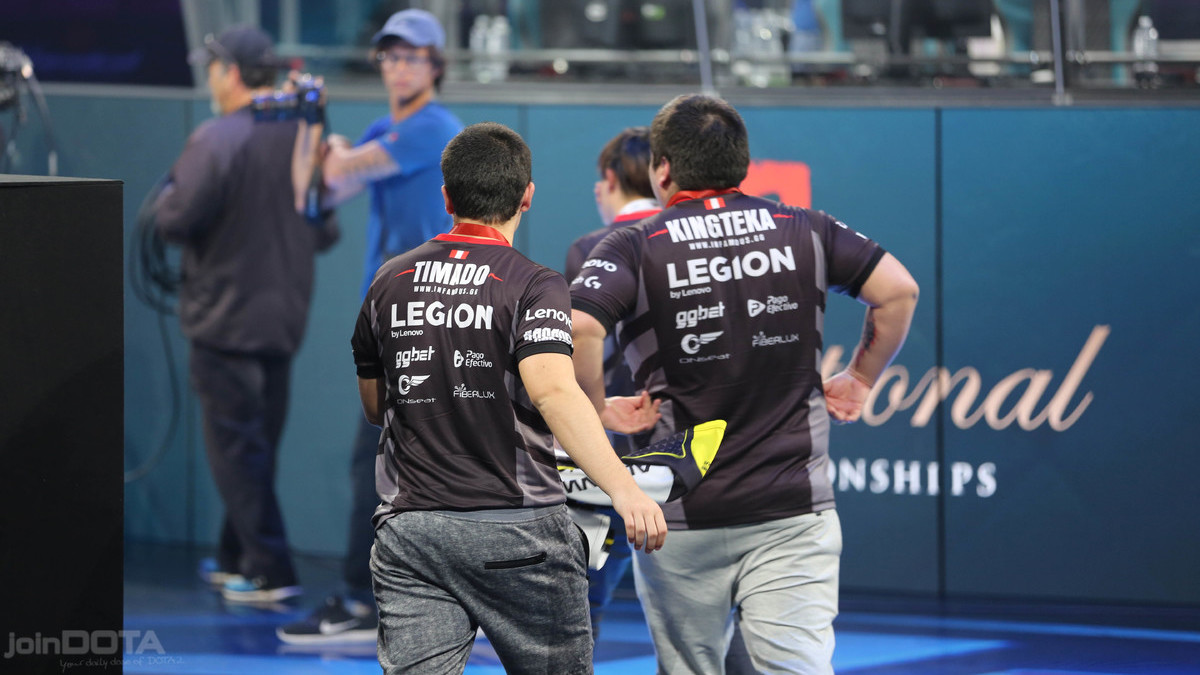 posted by joinDOTA Staff,
EgoBoys is the new team of former Infamous player Enzo 'Timado' Gianoli. He and his team-mates are currently in the playoffs of the joinDOTA League Season 16 in the Americas. We talked with them about playing in South America, what's different about them compared to other teams, and how they estimate their chances to qualify for The International 2019.
joinDOTA: Describe your team, what is special about your guys?

Leonardo 'Leostyle-' Sifuentes: They are good players and very friendly and willing to improve. We have some shortcomings, but the desire to be the best in the region sets us apart from the rest.

Now we are in a new stage doing things that we havn't done before. We can go far. We lack a lot now but we are not far from beating the teams of the region, and once achieved we can focus on teams from other regions. Everyone is very sociable and we get along very well and I trust them.

Benjamin 'Benjaz' Lanao Barrios: We do not give up. We are in the process of becoming a good team and work very hard to achieve it.

joinDOTA: You've played for several teams in South America already. What is special about SA?

Enzo 'Timado' Gianoli: The individual skill is something special in SA. There are good players in other regions, but in SA top players are really good individually.

joinDOTA: Do you think South America is closing the gap between to the top regions?

Timado: No, it still lacks understanding of the game.

Leo: No, SA is dead (laughs). There is no fair comparison between regions, the gap is still big. The lack of seriousness and commitment is gigantic in SA.

joinDOTA: TI qualifiers are closing in. What are your chances to win and make it to TI?

Alex Davila 'Masoku' Matallana: Quite high, thank you (and laughs). Our rivals (for example Infamous and paiN) come back tired from the last Major, we are going to capitalize on that.

Benjaz: High. We are saving our strongest strategies for that moment.

joinDOTA: Who are the toughest opponents in SA?

Leo: paiN and Infamous who come from a Major with very good practice "scriming" against good teams. But I don’t think they are unbeatable.

Farith 'Matthew-' Puente: Same for me. Infamous are EU players with a play style different from ours. I think that gives them some advantage because it is hard to get used to it. But not unbeatable.

joinDOTA: What are the lessons you learned in your last year of professional gaming?

Timado: That I should have kept playing outside SA (laughs). The way you understand your pub plays, you will understand your competitive game. If you respect your games you will learn more.

Benjaz: I have learnt that watching replays is very important to improve.

joinDOTA: What is your opinion about Infamous. Is it still a SA team? Do we need a change in the rules for the next season of DPC?

Egorco (Coach): Of course. I think as Dota 2 is a global esport and it is good that a SA team has European players. (In fact I called them myself when I was Infamous’s coach). I just think the rules for foreign players in a region should be more clear in terms of the time they must spend living/playing over there.

I think rules always have space for improvement. I believe minor and major qualifiers should be cancelable and the teams should have to choose only one of them. That way there would be more room for the growth of lower tier teams.