Keen Gaming advances to Playoffs with best record at WESG 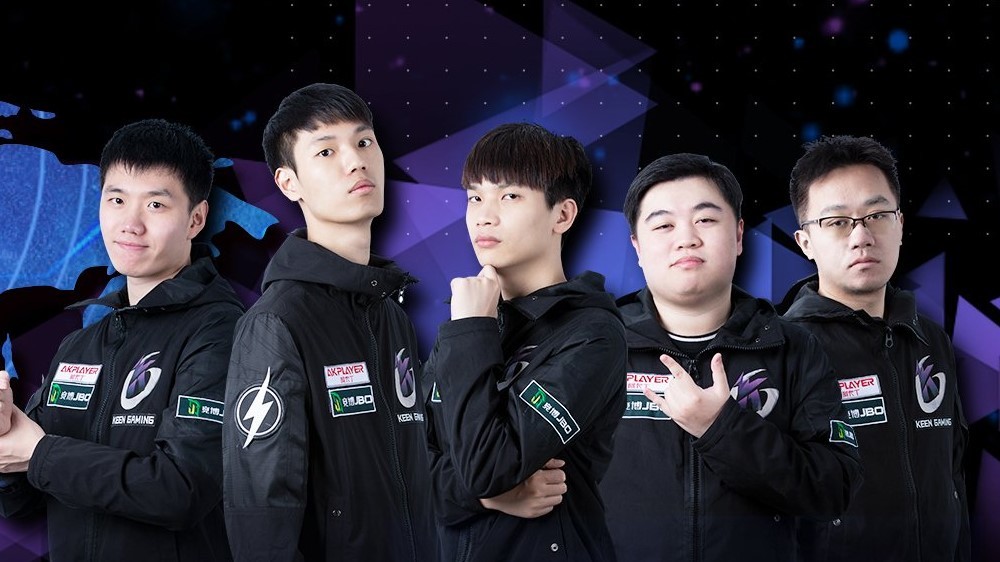 posted by ,
After two days of fierce competition, the Top 8 are finally decided. Find out which teams will be fighting it out in the Playoffs at WESG 2018.

In Group A it was Team Ukraine that came out on top. The squad boasts some impressive names, including Viktor 'GeneRaL' Nigrini, Krivulya 'Cema' Semion, and Virtus.pro's Vladimir 'No[o]ne' Minenko. Through the first day of competition they went completely undefeated, and by the end of the Group Stage they had only dropped 2 games.

The other CIS team—White-Off, or Team Russia—also made it through to the playoffs, and already the rivalry between the two nations can be felt. CemaTheSlayer in particular voiced his opinion on them in an interview with WESG, saying that Team Russia was scared of Team Ukraine.

.@c_slayerRR on White-Off: “They are simply afraid of us”#WESG #Dota2

We sat down with Team Ukraine's support Semen "TheSlayer" Krivulya for an interview as his team went undefeated on the first day of the tournament.

Keen Gaming, who has been playing very well as of late, are the kings of Group B as they finish the Group Stage having only dropped a single game against Team Australia; they have they best record in all four groups. Their final series against Gorillaz-Pride—the second place finisher in the group—showed why they should be considered a tournament frontrunner.

Game One saw Keen create a commanding lead in the early game and build net worth on all of their heroes. Strong supporting performances by Yang 'Eleven' Wei Ren and Song 'dark' Runxi on Centaur and Witch Doctor helped secure map control for their team and ensured their opponents could never come back. The game was over at just 26 minutes.

Game Two was much more even and was also rather violent, featuring 65 kills in 45 minutes. Gorillaz - Pride's carry Bernardo David 'Berna' Rocca Alarcon had a particularly strong game on Troll Warlord, going 14-4-9 and helping his team take the lead at 39 minutes; however, Wang 'Old chicken' Zhiyong would not allow his team to lose. Showing no fear on his Phantom Assassin, he purchased a Divine Rapier and was able to turn the game for his team, finishing with a KDA of 15-4-11.

Despite the loss, the South American Gorillaz-Pride had a very strong showing in the Group Stage and will also compete in the Playoffs.

.@WuDotA provided us a few comments on his team's performance at WESG after it became known that Gorrilaz-Pride will continue their participation in the event's playoffs.#WESG #Dota2 pic.twitter.com/iKecW0gjfn

TNC Predator was undisputed atop Group C, as not even the Russian White-Off (which includes every member of VP except No[o]ne) could challenge them. Their final series against beastcoast showed exactly why they should be feared.

Game One was an absolute stomp. TNC held Team Team to only 4 kills, while Armel Paul 'Armel' Tabios ran all over their North American opponents finishing 8-1-5 on Outworld Devourer. TNC finished the game at 30 minutes with 23 kills.

Game Two was more of the same, but with many more kills—52 kills in 34 minutes. Despite all of the fighting, TNC against built up a strong lead and never let it go. Furthermore, a kill-less performance on Nico 'Gunnar' Lopez's Ember Spirit could simply not stand up against Kim Villafuerte 'Gabbi' Santos's 14-1-12 Phantom Assassin. The match ended at 34 minutes with TNC Predator looking dominant.

#TNCDOTA2 will advance to the TOP 8 of the #WESG2018 World Finals after a 2-0 win against Team Team! GGs to everyone and see you tomorrow at the playoffs!#StrongerTogether#SummonYourStrength pic.twitter.com/ReRmz7rf9X

White-Off, though not looking as strong as TNC, also make it through to the playoffs with a handful of strong performances; it will be interesting to see if they can navigate the Playoff bracket to square off against their regional rivals Team Ukraine.

In an unexpected turn, it was the squad from Kyrgyzstan, NoLifer5, that came out on top of Group D. They were able to beat known teams such as Mr Game Boy and Team Canada's PotM Bottom which includes Jio 'Jeyo' Madayag, Tyler 'TC' Cook, and David 'Moonmeander' Tan. Despite being relatively unknown, they were able to brutalize their bracket by winning every single game except for one. If they maintain their current form they could very well have an underdog run through the Playoffs.

The Brazilian Team Canarinho, featuring three memebrs of Chaos Esports Club—William 'hFnk3' Medeiros, Otávio 'tavo' Gabriel, and Danylo 'KINGRD' Nascimento—came in second place in the group. They also played very well, only dropping their series against NoLifer5 and one other match against Mr Game Boy.

Which teams will round out the list of participants for the next stage? Find it out on https://t.co/bLlIa8beCA! pic.twitter.com/4l3RMO7nEa

No North America in the Playoffs

Of the eight teams that made it through the WESG 2018 Group Stage, three are from the CIS region, two are Chinese, two are South American, and one is Southeast Asian. There are no North American teams in the Playoffs. Both Team Team and PotM Bottom, of which at least one was expected to advance, had poor showings on the second day. Team Team finished in fourth place in Group C, with a series record of 1-2-2, while PotM Bottom, who were undefeated on the first day of competition, also finished in fourth place in Group D with a series record of 2-1-2.

The main reason for the North American underperformance is simple: the chemistry just was no there for either team during the Group Stage.

Which regions do you think will perform the best in the Playoffs?