5 of the top Dota blunders of all time 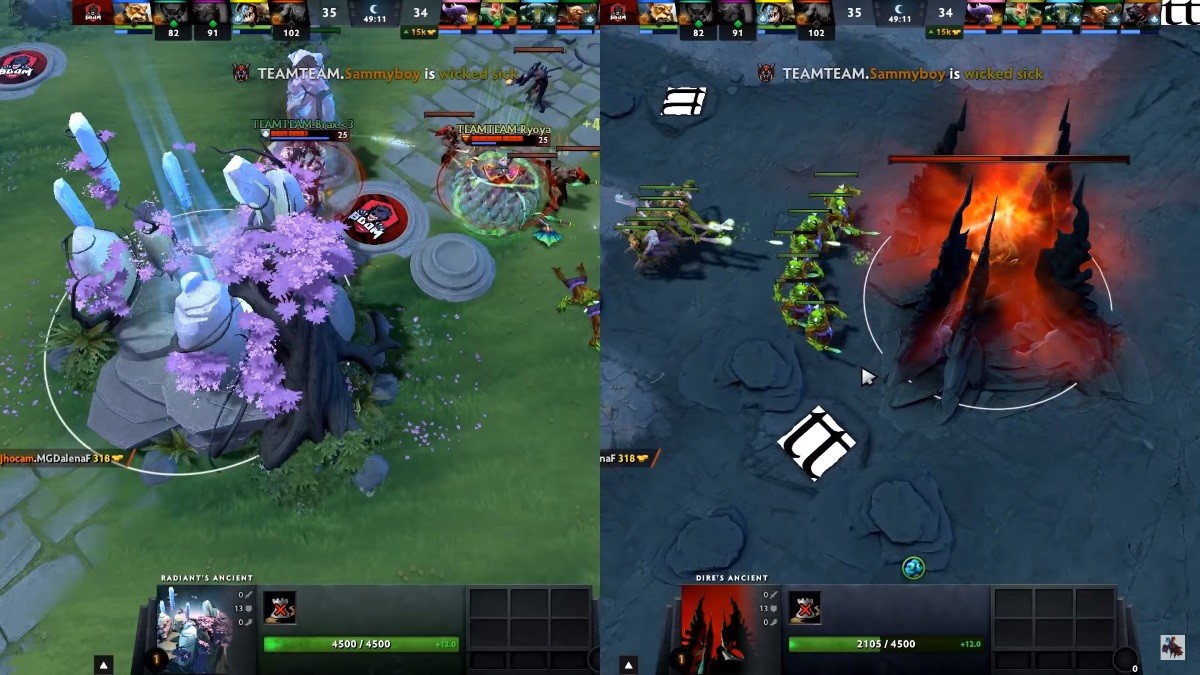 posted by EskayDota,
With one recent addition to this list, we felt it was necessary to revisit some of our favourite fails professional Dota has offered us over the years.

To lose an unlosable game

Starting strong with Team Team and BOOM ID’s iconic game from the recent minor, although cliché, nothing quite like this has happened in the history of Dota.

In a legendary and cruel twist of fate, BOOM ID conceded defeat to Team Team, calling GG without quite realising their creeps positioning. With their own creeps beginning to hit the throne, the information prevailed post-game that without calling GG, BOOM ID would have actually have taken the victory.

Moments like these are few and far between; for spectators, this is a moment that will not be forgotten.


The ragequit into disband strategy

Team Unknown made an ironic name for themselves when the first made their debut in the top tier of Dota as the hyper aggressive team, who overused taunts and would willingly and vocally flame their opponents. Most famous for some of their appearances in higher tier competitions, towards the end of the organisations time in Dota 2, their roster changed drastically.

Towards the end of that era players were rinsed through hard and fast, with roster changes frequent, with entirely unique rosters lasting only a couple of months. During one of the many disposable rosters, the original Team Unknown were channelled in a big way.

Facing up against Infamous, Team Unknown came out swinging with taunts, all-chat flame and item dropping; the roster were being particularly unprofessional. Caused by a mishap of said item dropping, one of the players immediately disconnected from the match and GG was called. The roster disbanded just a day later. That’s a bold strategy Cotton, let’s see if it pays off.


The best snowball of all time

If you watched this game, you will remember this moment and likely only this moment. Back in the days of the Puppey and Kuroky Team Secret, the squad faced off against Moscow 5 in the Starladder Season 12 Europe & CIS qualifiers.

With Tusk picked on M5 and some aggressive early game movements from the CIS side, the combination became the perfect set of ingredients for a classic moment. This was arguably one of the funniest moments professional Dota could have offered. M5 even jokingly called GG.

We can’t talk about blunders in Dota without talking about the Shanghai Major. Trymike4instance’s video always brings us back to just quite how poorly things went. With hosts and production staff being fired to loud alien gun noises on stream, just about everything that could go wrong, went wrong. The video below now ends with an almost hilariously ironic message.

We couldn’t have a fails list without including something starring either EE or the Ora-Kyle, and since EE has an entire subreddit dedicated to some of his (potential )mishaps, we thought we’d finish off this list with one of the player-turned-analyst’s more compromising moments.

Although a very comical moment, watching his reaction to losing his Eul’s is heartbreaking.


What was the most memorable blunder you watched live? Comment below!