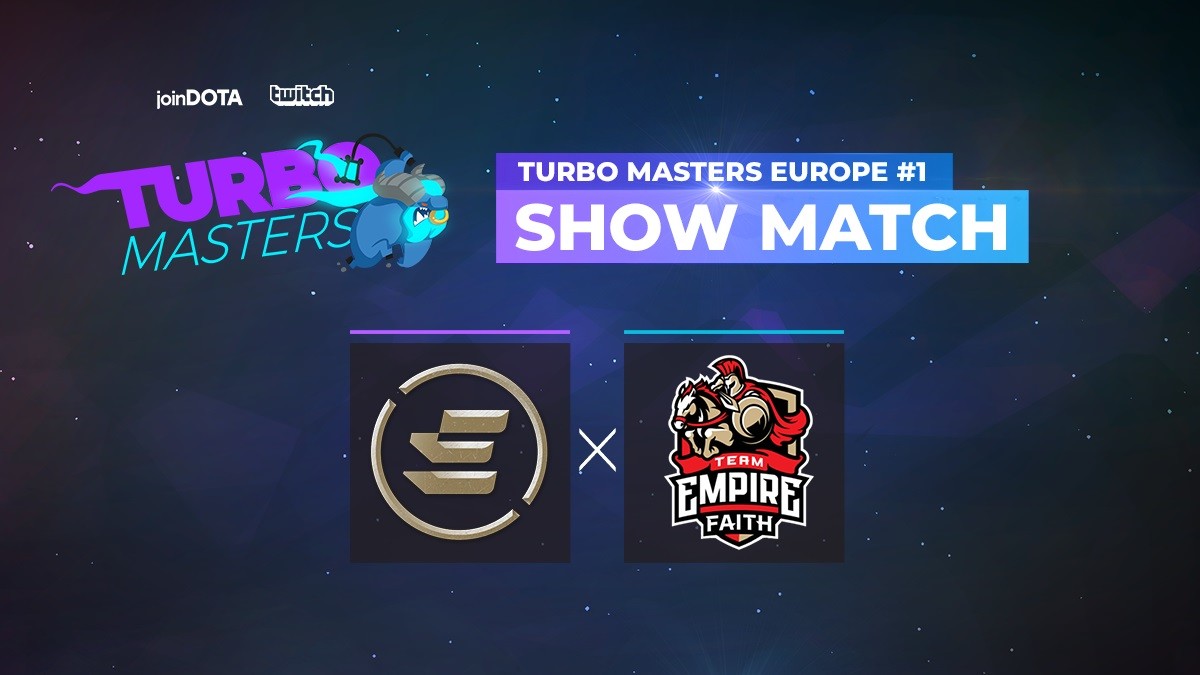 As the name suggests, the game mode is Turbo, meaning we’re in for some fast and frantic Dota 2 action. Expect crazy picks, wild plays and more deaths than you can reasonably count using your limbs alone!

In the first best-of-seven showmatch, two teams from Southeast Asia met in the Turbo Masters to battle for glory and $1,000. A thrilling series saw Clutch Gamers defeat DeToNator by a 4-3 scoreline, taking the crown as champions of the first Turbo Masters.

The second duel was between Thunder Predator and Gorillaz - Pride. Leonardo 'Leostyle-' Sifuentes and his teammates were perfectly prepared for Turbo Mode and picked tanky heroes for the win. The Major participant won four out of five games and crowned themselves as Turbo Masters champion of South America.


EPG. vs. Empire Faith - the fight of the East

Elements Pro Gaming is an established Dota 2 team from the Balkan region. Top-level players from Croatia and Serbia came together to represent their region. Nikola 'LeBronDota' Popovic came back from his short stint with Natus Vincere to play together with Uros 'swiftending' Galic who attended The International 2017 with HellRaisers*.

They'll face Team Empire in the showmatch. The Russian squad is the new main squad of Team Empire. CIS veterans such as Yaroslav 'Miposhka' Naidenov and Sergey 'God' Bragin came together to push Team Empire back to the top. They started in the LOOT.BET Winter Masters where they finished on fourth place after losing to Pavaga.

The showmatch between the European teams will take place on Tuesday, 15 January at 18:00 CET. You can follow all the plays here:


Who do you think is going to win this matchup?