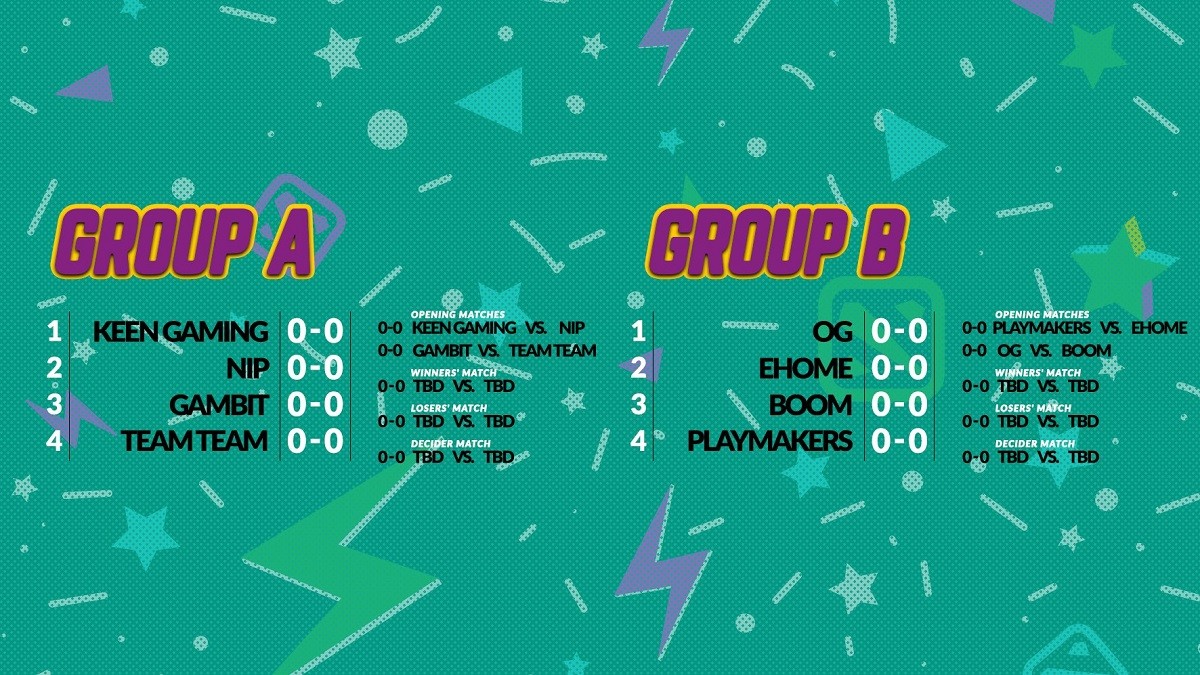 posted by Olucaron,
After a long wait, organisers PGL have revealed the composition of the groups for The Bucharest Minor, which gets under way tomorrow. The groups are evenly split, with the both the two European teams and two Chinese teams kept apart.

Keen Gaming will take on Ninjas in Pyjamas in the first match of Group A, with CIS side Gambit facing the North Americans of Team Team.

Over in Group B, the opening round of matches sees Peruvian team Playmakers take on the Chinese of EHOME, while TI8 champions OG take on Indonesia’s BOOM ID.

Group A matches will be completed tomorrow, while Group B matches follow on Thursday.

For more information on The Bucharest Minor, check out our Survival Guide.