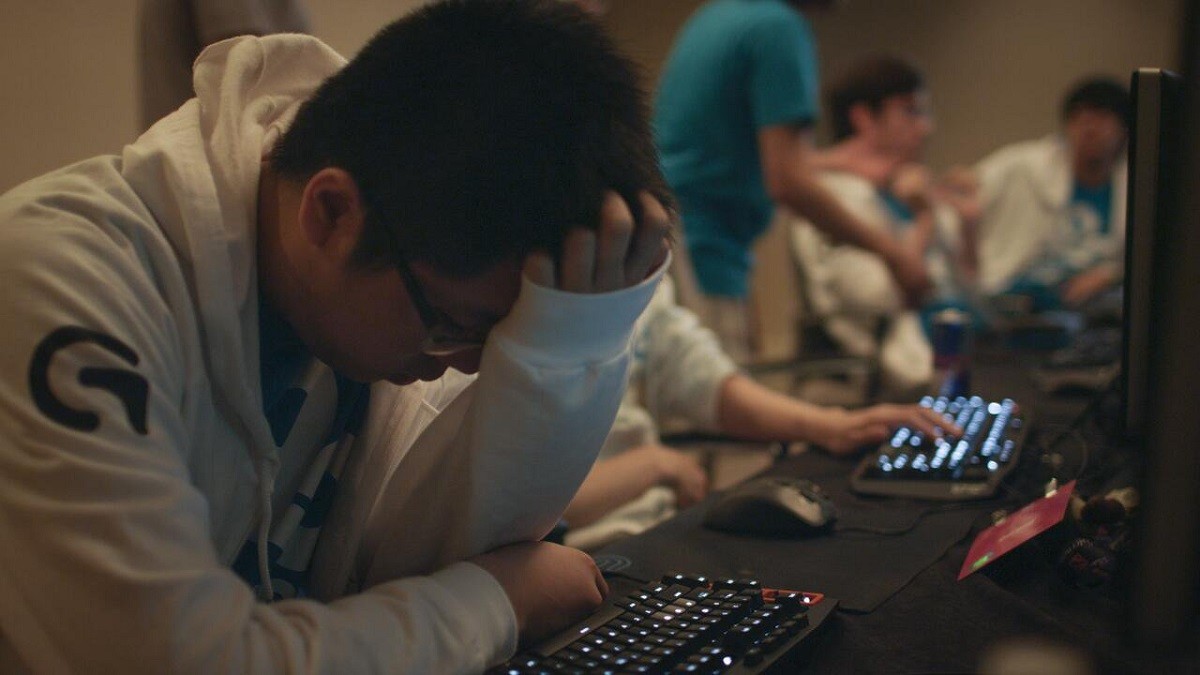 posted by Olucaron,
Here’s a hot take: Dota 2 is a game whose reputation is largely built on its difficulty. A high barrier to entry for new players often deters them, while elitism over other, similar games is prevalent. Another hot take: it’s time for Dota 2 to become easier to learn. As far back as 2013 people new to the game have commented on just how difficult it is to pick up Dota 2. It’s not hard to see why — there’s just so much going on at once that it can be overwhelming. I know, because I am one of those people.

Almost all items have activatable abilities, all heroes are unlocked at once, there’s fluid positioning within a game and hero viability more or less anywhere — for a beginner there’s nothing really that points them in the right direction when they’re just getting started.

The first thing I asked myself was who should I pick? Heroes are grouped by stat leaning, such as Agility or Intelligence rather than position, and the filter appears overly complex. I’m lost even before I get into the game.

The Training section isn’t entirely clear, either. One instance, the Last Hit Trainer, tells you to ‘deny creeps’, but doesn’t actually say what that is. It just kind of throws you in, then grades you based on how you perform in three minutes. No guidance, no tooltips, just stats and a “go get ‘em” attitude.

The Tutorials section is a bit more intuitive, so to speak. Five missions, each with the goal of introducing the new player to an aspect of the game. The first introduces players to basic actions such as purchasing from the shop, moving and attacking creeps. Sounds easy enough, right?

The next three missions introduce players to the three types of hero — Strength, Intelligence and Agility. It places players in a normal-game situation, and largely lets them get on with it. However, I found the bots to be somewhat overpowering, as I was unprepared for them all coming to siege my lane. 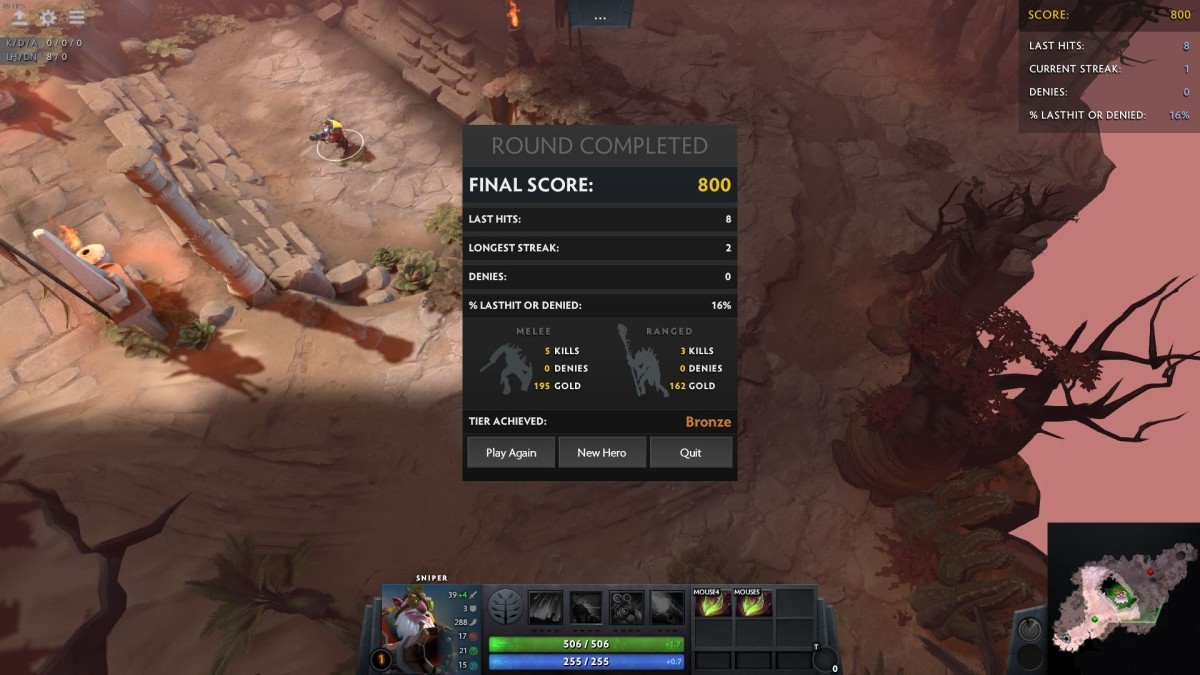 Stats, stats everywhere... but no guidance.

I found it incredibly difficult due to several reasons. What do I buy? The shop is not particularly intuitive. The lack of a camera lock meant it was hard to hit creeps and manage movement and the camera at the same time. An animation cancel wasn’t apparent either, meaning I couldn’t last hit even if I wanted to.

It seemed that the core skills needed to play the game were brushed under the rug of ‘just go and do it.’

In short, the game seems akin to giving a person a chess set and expecting them to take on Garry Kasparov, and this is something the Dota 2 community seems proud of. 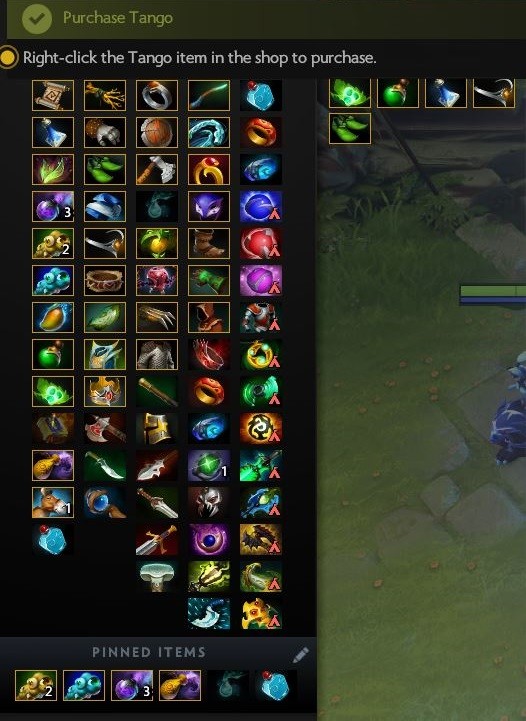 Which one is Tango?

All of this is before a new player even dives into the world of competitive Dota. Now, naturally one shouldn’t jump headfirst into this, instead spending time in bot matches and the like to get a feel for the game. That’s just common sense, right?

The onus is very much on the player to have to look up tutorials and guides on how to play the game before even starting. Whenever you look this subject up on Reddit and the like, you’re pointed towards people like Purge — who is fantastic, by the way.

The dilemma is this — do I want to watch tens or hundreds of hours of videos just to get into a game at a basic level? Do I want to spend thousands of hours — as I’ve had people tell me is needed — on something so very much skewed towards the elitist?

Overall, I don’t feel this is particularly healthy for the growth of the game. Having such a high barrier to entry creates an atmosphere of frustration when in game with new players, and that frustration may well lead to toxicity.

Add in the concept of smurfs — high-level players on low-level accounts — and you’re not exactly in an environment conducive to learning. It’s an environment designed to weed out the good from the bad, so to speak, but one which is far more likely to scare off new players than attract them.

After all, there’s a reason Dota 2 has experienced a steady decline in the average number of players, — the monthly peak concurrent players has declined from almost 1.3m players in May 2016 to just over 700,000 now. Meanwhile, League of Legends is still attracting over 80m players per month. 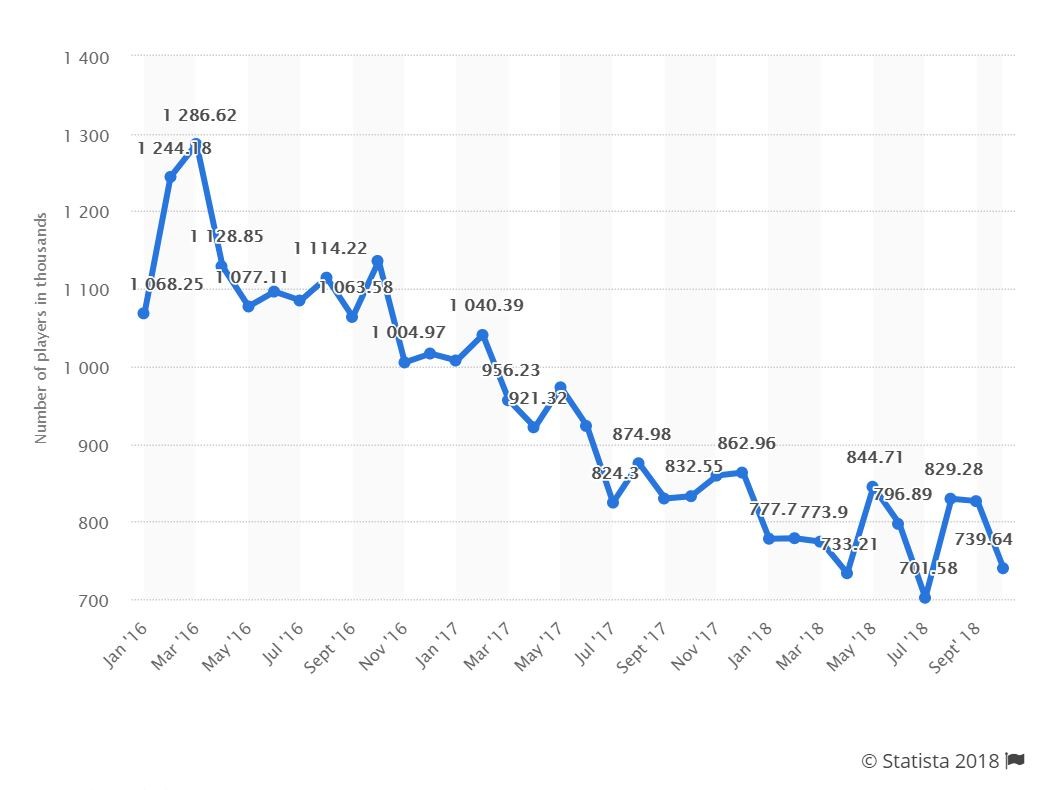 Now, before you all bash me for wanting to change your game, I just want to say that this is not the case. The difficulty curve is often what attracts people in the first place, and I, like many others out there, like a challenge.

I just want to see it be more intuitive — easier to learn, not easier to play.

As a former teacher, I’m all about the learning environment. We’ve all been there — sitting in an exam, worrying because the instructions aren’t as clear as they should be.

This creates panic, and panic gets in the way of what we’re being tested on in the first place — our ability to analyse a situation and react, something that is crucial to the Dota 2 experience.

5 bits of dota advice for free

The solution, I believe, is twofold.

Firstly, and most obviously, Valve could implement a better tutorial section and UX design — one in which in-game tooltips and a more beginner-friendly interface helps new players along. At the moment players are bombarded with information, and that's not particularly encouraging.

Secondly, matchmaking needs to be looked at. There’s nothing more intimidating for a new player than heading into a match with that fresh exuberance, only to be shot down by players who are clearly better than them.

In my opinion, this needs to be addressed for the overall health of the game both in the present and going forward. Valve, it’s over to you.

What do you think about the state of Dota 2? Does something need to change?