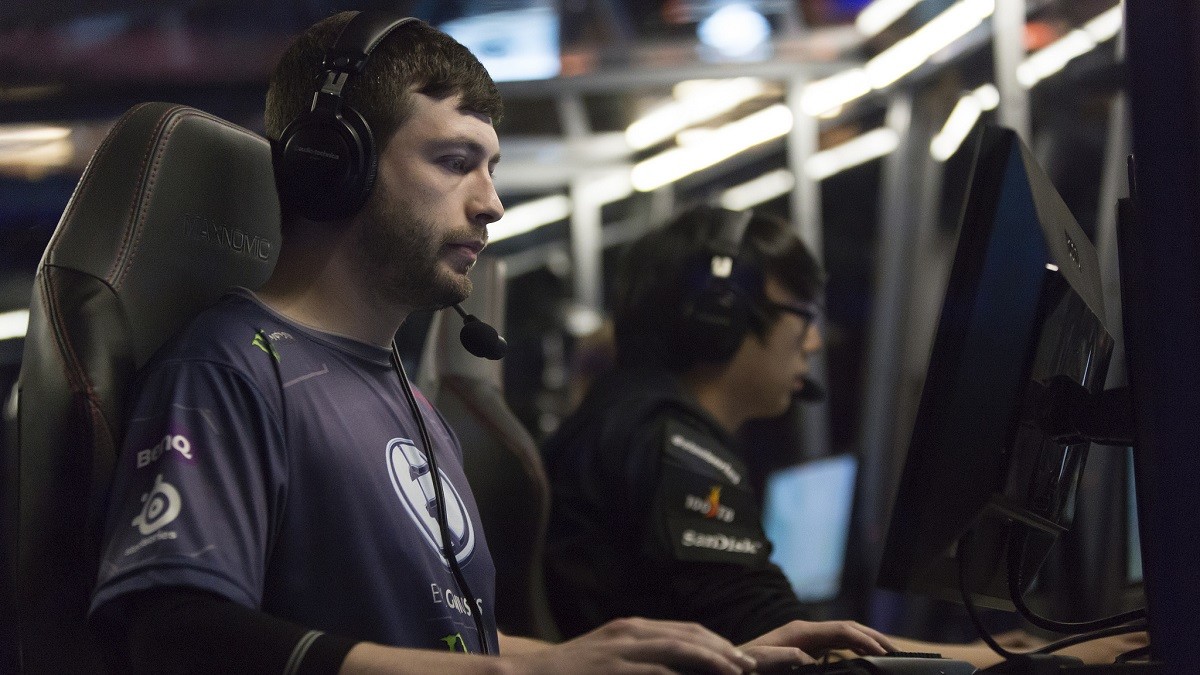 posted by Olucaron,
One of the truly old men of Dota 2, Clinton 'Fear' Loomis is back on the big stage thanks to his move to North American organisation J.Storm. Following his call-to-action for fellow pros in their 30s to keep going, we take a look at the active scene for Dota’s elderly statesmen. It’s well known that esports are generally the realm of younger players. A quick look at any current top title — especially a team game — will reveal an average age in the low twenties. In fact, according to Redeye, the average age of players attending The International 2018 was just 23 years, 23 days.

The youngest player at #TI8 will be Duster, aged 18 years and 7 days old on day one of TI8. The oldest player will be Fenrir, 29 years and 209 days old when TI starts. The average age of all players attending is 23 years and 23 days.

In a TwitLonger post two days ago, The International 2015 winner Fear compared the perception of age in esports to traditional sports.

While he points out that there are sports superstars in their thirties — citing Steph Curry, LeBron James and Tom Brady — he also says that esports professionals in their late twenties are pushed into retirement thanks to ‘a predetermined misconception set by the community.’

He asks why this difference exists, hypothesising that the difference is in the sports themselves. ‘Traditional sports don’t change much. A lot of esports come and go as the years go by.’ He states that he agrees it is easier to learn a game when young but points out that this is no different in traditional sports.

As one of the oldest players currently active in the Dota 2 scene, Fear is in a perfect position to comment on the issue of age. But is he correct? The figures certainly support him. Of today’s professional Dota 2 circuit, just how many active players at the top table are over thirty years of age?


For this article, I looked up players from 80 teams at the top end of professional Dota 2 currently active or recently disbanded.

Discounting players whose ages were unable to be found, there are just two players that fit the bill: Fear himself, and new J.Storm team-mate Tae Won 'March' Park, who recently returned to Dota 2 following two years of compulsory military service having deferred until the age of 28.

However, it must be said that there is a raft of fellow professionals that are rapidly approaching their fourth decade. At The International 2018, the oldest player was Chinese legend Lu 'Fenrir' Chao, who turns 30 next month, while Saahil 'Universe' Arora and Zhi Cheng 'LaNm' Zhang are both 28 — with LaNm’s 29th birthday coming on Christmas Day.

Video games were only a young person's hobby because they were born so recently. My grandparents bought and played Nintendo (Tetris/Dr. Mario) competing against each other into their 80s. Without physical restrictions of aging bodies, who is to say when an esports career is over?


All three of Fenrir, March and Universe took part in the recent Kuala Lumpur Major, while the oldest player at the DreamLeague Minor was popular Ukrainian star Danil 'Dendi' Ishutin at 28 years of age — 29 in less than two weeks from now.

Going forward, the oldest players at The Bucharest Minor will be just 27 years old — Ninjas in Pyjamas captain Peter 'ppd' Dager and beastcoast's Michael 'ixmike88' Ghannam — although both are still considered veterans.

I'm only getting into esports as a writer, not a player, but I really do feel like an alien for being in my 30s sometimes. Thanks for the encouragement. Old age and treachery beat youth and vigor any day.


The lack of active older players may be explained by the fact that, although there are previous iterations such as Defense of the Ancients, the current crop of professional esports games have been around a decade or less. It’s not only about the age of the player; the age of the game means that players who started in their teens are still quite young.

The birth of Dota 2 esports specifically served as the game’s 2011 gamescom unveiling — The International 2011 — with players given the game earlier to practice.

the notion that reaction time gets slower in late 20s/early 30s had been shown to be wrong so many times, not sure why people keep blindly quoting that "fact"


Many of the players who took part in that event are now long-retired, moving on to coaching or casting, or simply disappearing from the scene.

However, there is a core of players left over from that tournament, still plugging away in 2018. I counted twelve still playing at what could be considered top teams, with just three having attended all eight editions of The International — Kuro S. 'KuroKy' Takhasomi, Clement 'Puppey' Ivanov and Leong 'ddc' Fatmeng. The most veteran of veterans, Puppey and ddc are 28 years old, with KuroKy just 26.

Other players still active include Luo 'Ferrari_430' Feichi, Troels 'syndereN' Nielsen and Rasmus 'rASmus' Fillipsen, all approaching the final year of their twenties.

Great read from @FearDotA and completely agree. We're still in the early days of esports, no one truly knows when the best age to retire is because only recently it's been a fully sustainable job. Players retired in their twenties in the past mostly due to real life, not skill. https://t.co/Q2gQR1c6II

Fear is of the opinion that players should not be afraid to follow in his footsteps and should continue playing into their thirties, saying it is ‘good for the game and esports as a whole.’

He doesn’t understand why players retire because they are told they are old, and dismisses the common argument used against elder statesmen.

‘I have heard the argument that your reflexes in video games goes down as you get older, but I would play reaction time tests with younger players like [Evil Geniuses star and youngest-ever winner of TI] SumaiL all the time and still school them with an 11-year age gap.’

agree with most of the stuff, i would say the biggest problem for esports pro players is mentaining the drive you had when you were 18-19 years old and you had a different feeling of time

in that days you could easy play 12 hours per day and feel good about it, that changes imo

The reasons players retire are plentiful. Instability in the scene, a desire to try something new, family responsibilities and the lack of opportunities based on age are but a few. Some choose not to retire, but to transition into different roles — Position 5 players tend to be veterans of the scene. This report from STRATZ offers some fascinating insight.

This is an important read. Many of our norms are imagined.

I think there probably are some reasons why it's harder to make it at an older age. But I think those reasons have more to do with mental health and confidence and less to do with the waning of skills or reaction times. https://t.co/S9bYZ9NuyI

However, with the advent of the Dota Pro Circuit and more stability outside The International, and with many top players closer to reaching thirty years old than ever before, will we see more professionals continuing their careers into their thirties? As someone well into that age bracket, I am of the opinion that age should not be a hard limit to a player's career. But what do you think?

2. People seem to forget the typical statements of "grow up, get a job, have a family" etc etc. Young people have less responsibilities, as you get older you have to worry about debts, careers, having a family and these kind of things become more dire and central as you age

Is age really relevant in professional Dota 2? Let us know below!