The most impactful roster swaps in 2018 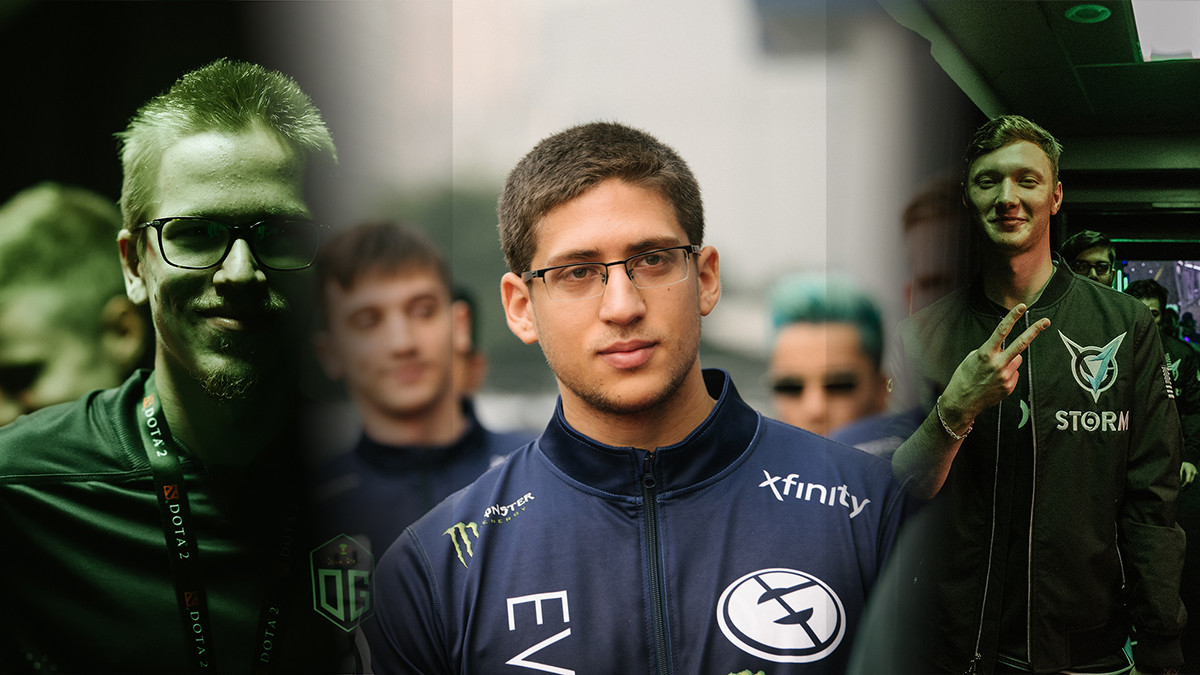 posted by Brasozial,
Changing players is still a daily business in Dota 2. Teams want to try different players if things are not going as well as expected. Here are five roster swaps that had the most impact on teams in 2018.

It feels like Vladimir 'RodjER' Nikogosyan was always part of Virtus.pro, but he only actually joined in February 2018.

He replaced the Ukrainian support player Ilya 'Lil' Ilyuk, after the Russian squad failed to reach the Grand Finals of both DreamLeague Season 8 and Mars Media Dota 2 League: Macau 2017.

In the end, this was the perfect move by Virtus.pro: while Lil hasn't found his way back to the top, RodjER is putting in world-class performances in every tournament VP plays. He demonstrates how important it is nowadays to have a skilled position four player.

The Russian pro has been part of every Major victory for his team except for ESL One Hamburg 2017. He was also crowned MVP of ESL One Katowice 2018 — his first Major as a part of VP.

Roman 'Resolut1on' Fominok is one of the best expats in North America. The Ukrainian carry proved that already in 2016 when he joined Digital Chaos* and directly made it into the Grand Finals of The International 2016.

His biggest success should have been joining OG, but the team wasn't as successful as expected. Resolut1ion was kicked and enjoyed a one-month break before joining the North American squad VGJ.Storm to replace Enzo 'Timado' Gianoli.

Reso was the key factor in VG.J stepping out of mediocrity and joining the elite group of Dota 2 teams. The best results of VGJ.S with Reso were winning the GESC E-Series: Bangkok Minor and reaching the Grand Finals of Mars Media Dota 2 League: Changsha Major.

The drama behind Tal 'Fly' Aizik and Gustav 's4' Magnusson leaving is one side of the coin, but the other is that EG finally had the leadership they were lacking over the last year.

Fly is a brilliant captain with good leadership, but he also has enough understanding of the team to not have to decide everything on his own — something that was missing in the leadership of his predecessor Rasmus 'rASmus' Fillipsen. This is why the Danish veteran had to leave EG again.

Also, Clinton 'Fear' Loomis had to leave the squad to make room for Gustav 's4' Magnusson. The experiment of Sumail 'SumaiL' Syed Hassan in the offlane wasn't as sucessful as Evil Geniuses hoped. He went back to mid and s4 became the offlaner.

The success of the new team has been undeniable — they won DOTA Summit 9 and finished third at both The International 2018 and The Kuala Lumpur Major. Since the former OG players joined, EG have definitely become a threat to the favourites from Europe again.

ana and Topson were the right solution

When Fly and s4 left, OG seemed to be history. Two active players and the stand-in coach shortly before TI8 qualifiers? Nobody expected them to do well or even find good replacements. However, OG didn't have to cry over their former players because they found replacements that brought them the biggest imaginable victory.

Sebastien 'Ceb' Debs switched to the offlane position and Johan 'BigDaddyN0tail' Sundstein went back to the support role he played at the beginning of his career — only Jesse 'JerAx' Vainikka didn't change his position.

They also talked Anathan 'ana' Pham into a comeback at OG, and signed one of the most talented carry players in the world without a team. Topias 'Topson' Taavitsainen and ana are two big reasons why OG won TI8 — a forced roster swap was the perfect solution in the end.

w33ha to bring Brazilian Dota 2 to the big stage

It's not just that Omar 'w33haa' Aliwi helped paiN Gaming*, but also brought w33 back into the Major circuit.

The Romanian carry had a tough time at the end of 2017 after Planet Odd* disbanded. He took a break and played for some smaller teams such as MidOrFeed* and ex-PENTA Sports*.

In that time he helped out paiN Gaming* twice, first at Galaxy Battles 2 and then at The Bucharest Major 2018, because the team couldn't find a stable midlaner.

In April they decided to add w33 to the active roster — the perfect move. paiN Gaming finally had a top notch midlaner so they wouldn't lose that lane too hard and end up snowballeds. Only a captain was missing at that point. They signed Rasmus 'rASmus' Fillipsen and are now on the edge of becoming a solid top 8 team.

They joined just after The International 2018, but Michał 'Nisha' Jankowski and Ludwig 'zai' Wåhlberg have already shown the impact they have on Team Secret.

The European squad surprisingly replaced Marcus 'Ace' Hoelgaard and Adrian 'Fata' Trinks and are now a top-three team in Dota 2. They won ESL One Hamburg 2018 and finished second in Kuala Lumpur.

We'll see if 2019 could be the year of Team Secret — Nisha and zai will have a massive influence on it.

What do you think? Which is the roster swap with the most impact?