Ferrari_430: our goal is to catch up — joinDOTA Exclusive 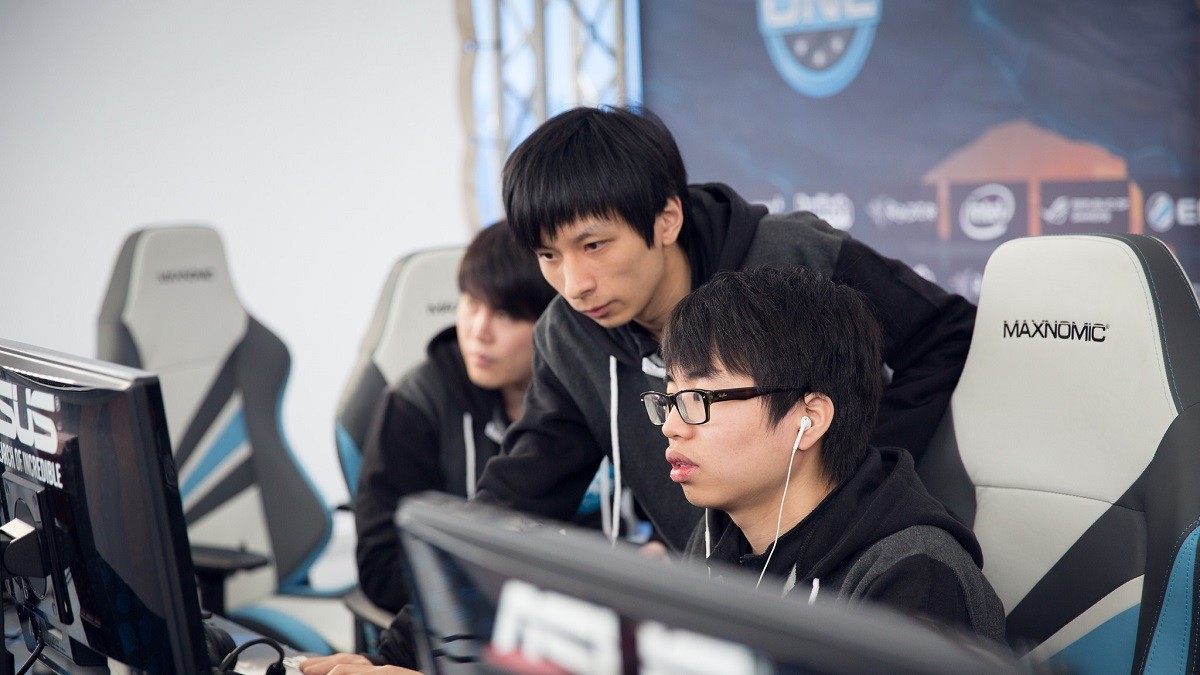 posted by Olucaron,
In a joinDOTA exclusive interview, we caught up with Mr Game Boy stars Ferrari_430 and CatYou to get their thoughts on their motivations, DPC changes, the current meta and how Chinese Dota is different to other regions. Luo 'Ferrari_430' Feichi is a legend of professional Dota 2. He is perhaps best known for his five-year stint with Invictus Gaming, with whom he competed in each of the first five Internationals — including victory at The International 2012.

After failing to qualify for The International 2016, Ferrari left. Now, after two relatively quiet years he is back and leading the Newbee-run Mr Game Boy squad, featuring young support talent Tang 'CatYou' Xiaolei. We spoke to both:


joinDOTA: Thank you for joining us. What are your expectations for Mr Game Boy?

Ferrari_430: The goal when playing professionally is winning games. I hope we can start with the smaller tournaments and win as many championships as we can.

CatYou: The short-term goal is to play our best in every qualifier, cherish every opportunity that we have to play in offline tournaments. Long-term, the goal is to make it to The International 2019.

jD: Welcome, CatYou. You’ve spent your whole career so far within the Newbee organisation, and Ferrari, you briefly played for Newbee.Boss*.

What attracted you both move to their Mr Game Boy project?

CatYou: Myself and are very good friends, and were old teammates on Newbee.Miracle*. I like the feeling of playing together on the same team.

Also, I felt like my hero pool wasn’t large enough when playing for Newbee, and because I felt like I wasn’t on the same page as my teammate I decided to step down and try to gain more experience.

Ferrari: Newbee is a professional, well-respected esports club, so I trust their management in terms of training and playing in tournaments. Also, there’s a lot of potential for all members of the team.

jD: Ferrari, you’re playing with some talented young players. How are you trying to help them evolve?

Ferrari: It’s mainly about the experience of playing offline tournaments. Young players may not have a lot of tournament experience, especially when it comes to leading and making decisions, so I’m trying my best to share my ideas with them and communicate in a timely manner.

CatYou: Playing with Ferrari is amazing. He’s an outstanding player and the leader on the team. I’ve learned a lot from him.

jD: How do you feel being in a position of leadership, Ferrari?

It’s alright — it’s not the first time I’ve been in this position. After taking a long break from playing professional Dota 2, I’m still very excited by it all.

jD: Do you see yourself as a future position 5 leader, CatYou?

I’m currently playing position 4, as we have a new position 5 trying out. I think I’m more used to position 4, and my hero pool leans towards playing there. I still need more experience in terms of becoming a leader — I like to talk a lot haha! I think being a fighter suits me better.

jD: What do you think of the position 5 meta?

I think the current meta is about owning the laning stage, it requires a good teamfight lineup.

Playing as a position 5 means you need to sacrifice for the team to keep the vision up, but your items and spells are still important for the late-game. Every position is important.

jD: What are your thoughts on this season’s DPC changes?

Ferrari: I would like there to be as many tournaments as last year, but the changes are good. The DPC tournaments provide opportunities for new teams such as us, and our goal is to catch up with them.

CatYou: I feel it’s good to separate the Major and Minor tournaments. As Ferrari said, it brings more opportunities for new teams like us.

jD: Ferrari, who would you say is the best Chinese player of all time?

All players who have won TI were the best players under the patches they played on, and there are others who never won TI.

They’re all remarkably talented, and I don’t think it’s necessary to compare who is the best.

jD: A diplomatic answer! Finally, what is the biggest difference between Chinese Dota and the other regions?

CatYou: The biggest difference is that Chinese Dota is the best Dota! None of the Chinese teams who have qualified for offline tournaments are weak.

Ferrari: Chinese Dota has the longest history and inheritance. All high-level players take the game seriously, and they do not want to lose.

There’s not a lot of entertainment in it — playing in a tournament means they want to win championships. All the players are scrappy, which is the reason why Chinese qualifiers are the hardest.

jD: Thank you both for the fascinating answers and for speaking to us. We wish you the best for the rest of the season!