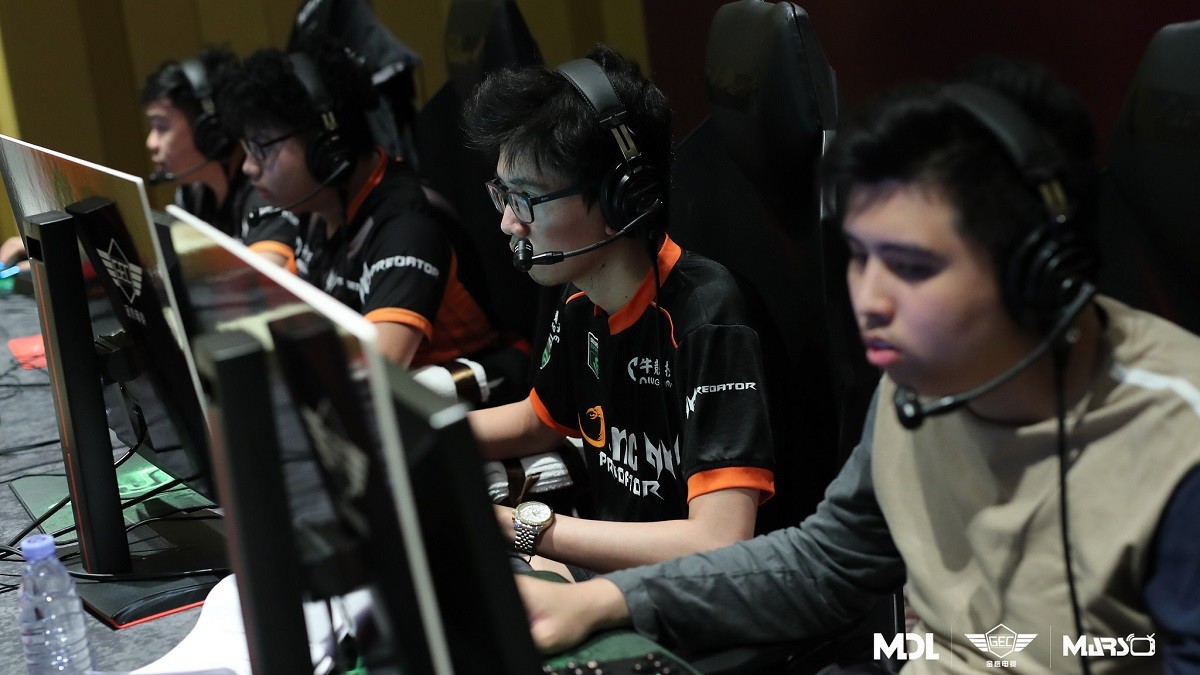 posted by Olucaron,
After days of silence on the matter, Valve have finally spoken up on the matter of TNC Predator’s Carlo 'Kuku' Palad and the racism storm that has engulfed Dota 2 of late. The result? A ban from The Chongqing Major and a DPC point penalty for his org.

TNC and the Chongqing Major https://t.co/n1Na44gDP5

In a statement released overnight on the Dota 2 blog, Valve claim to have been following the situation and how it has unfolded. While they mention that Kuku had not been banned by the Chinese government, they have decided to take the step of banning the player themselves.

The reasons for this, they state, are that TNC have mishandled the situation by trying to cover up the player’s mistake and are not taking adequate responsibility for their actions. As such, the player is banned from The Chongqing Major — and TNC will now take a 20% DPC point penalty with them.

This contradicts the previous statement from TNC, in which they say Valve had said there would be no penalty for replacing Kuku at the Major. Valve had this to say about their change in ruling:

TNC contacted Valve last Tuesday, asking if they would get a DPC point penalty for replacing Kuku; we told them that they wouldn’t. We assumed that they were then working on a plan to replace Kuku with another player. However it seems like TNC is currently not taking proper responsibility for their actions, coupled with the attempted cover up by the team, so we are now stepping in directly and banning Kuku from attending this event.

An interesting thing to note here is how Valve have assumed that TNC were actively seeking a replacement for Kuku, and not doing so has forced their hand. However, there had been conflicting stories as to whether Kuku had indeed been banned by the Chinese government, and no definite command for the org to replace the player.

Valve’s statement also seems to go against the statements of TNC, Redeye, Cyborgmatt, EternaLEnVy and others with regards to the existence of such a ban from the Chinese government. As covered yesterday, TNC had been told by the tournament organisers themselves (via StarLadder, bridging the gap to organisers) that cancellation of the Major was a possibility, and that the player’s safety would not have been guaranteed.

Upon TNC publishing their statement, several talents and community members had spoken out in support of TNC, with a consensus being that a tournament organiser — especially that of a Major on the DPC circuit — should not have the power to exclude players based on uproar from the Chinese Dota 2 community. Several talents threatened to boycott the event, and some called for the removal of Major status.

Valve - when money is more important than doing whats right

He followed this up with a comment from a member of the Chinese Dota 2 community in response to popular blogger HoHo. Several others praised Valve for their decision, with one reminding Chinese community members to reverse their negative reviews of the game on Steam:

Why valve did what did they: 昌平外溪自流：不说了，原本不打算继续氪金的我，ti9本子2000起！ (Was planning to stop paying, now I will buy 2000 level on ti9 battlepass!)

Other community members aimed to be voices of reason. Ninjas in Pyjamas star Peter 'ppd' Dager criticised TNC for not just finding a replacement and getting on with things, leading to a feisty exchange with host Eri Neeman:

What a disaster. Could you handle this worse @TNCPredator ? Bench kuku, find a standin, play the major, bring back kuku and play the rest of the year. NO ONE can guarantee he can get into Shanghai for ti9 but drawing more attention to it just makes it less and less likely. IMO

The thread went on for some time, with Neeman passionately fighting Kuku’s corner, before the discussion ended:

I was fighting for a kid to get a chance to learn & grow from an ignorant mistake.

Everyone deserves a chance to do that. Especially kids.

If you believe that's me thinking sunshine/rainbows or being childish then I'd gladly remain a child.

Caster Capitalist perhaps put it best in a reasoned post, detailing his decision to decline an invitation to the Major in solidarity with GranDGrant’s boycott.

However, he was not on the side of TNC, either — summing up his thoughts as such:

Being a player or talent is an incredibly unique, and in some cases, lucrative opportunity. As such, they are ambassadors for the sport and should be held to a higher standard. It may feel unfair at times, but it's one of the many trade-off for such a lofty position. This is something that every player and talent has to learn, sometimes through fuckups and harsh corrections. I just hope that Kuku is allowed to show that he's learned that as well.

The player himself has since deleted his Twitter account, and Valve’s decision seemingly draws a line under a drawn-out situation. However, there are a few takeaways from this scandal:

— that Valve’s prolonged silence has exacerbated the situation, allowing speculation to run rampant online and creating a sense of confusion in the community;
— that Kuku and TNC were wrong to cover up the mistake instead of owning their actions;
— that there needs to be a clearer set of rules for the DPC to prevent situations such as this arising in the future;
— the worrying proportion of responses on Twitter, articles and Reddit being just instances of the same racial slur do nothing to dispel the image of a toxic community.

The whole situation has been a colossal mess, and this is certain not to be the last we hear of this — especially if, as speculated, this affects The International 2019, also due to take place in China.


What do you make of Valve’s decision?