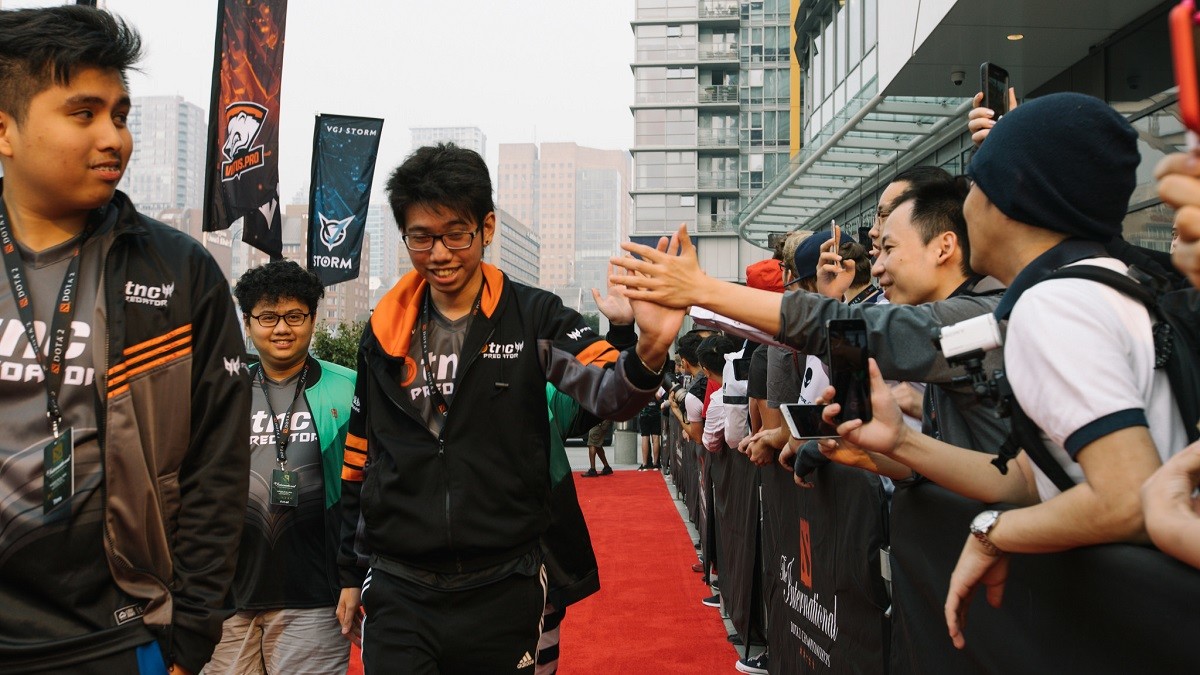 posted by Olucaron,
With the situation still unclear with regards to Carlo 'Kuku' Palad’s participation in The Chongqing Major, several members of the talent pool have declared themselves unavailable until it is resolved. With things becoming more fractured, more calls are being made for Valve to step in.

After talking to the organizers of the Chongqing Major, it was confirmed to us that the following may happen if Kuku will attend the Major:

1. He might not be able to enter the country
2. The city government will possibly cancel the tournament should he attend

In light of this, TNC has yet to decide whether we will continue playing in the event.

For now, we will be exploring all of our options.

We will update the community in the coming days about TNC's decision. Thank you.

TNC Predator released a statement yesterday updating the community on the state of things. According to them, while there was no official ban in place, organisers have said that they could not guarantee Kuku’s safety in the country — if he was even allowed to enter.

They supposedly also said that his entry could even force the cancellation of the event. Naturally, this provoked the community into responding, and it’s not a good look for the organisers of the Major.

If kuku isn’t allowed to play at the major I refuse to cast officially for the major , we all make mistakes and 1 mistake should not forbid you from playing at a tournament that potentially decides your whole career

It's the same for me as long as the ban is coming from Chinese local government and not Valve. Just waiting to see what Valve say about it (if anything).

same :) i'm not going to any valve event thats in china unless the ban is lifted or dpc is removed. Including TI9. https://t.co/cI8BKuWryL

Guys. I will not be attending the Chongqing major unless the ban on players and certain hotel entertainment channels are removed.

GranDGrant, Admiral Bulldog, GoDz and 2GD all confirmed their absence in protest. Meanwhile, Redeye, Tobi and V1lat confirmed that they had not even been invited.

Also, Sheever and ODPixel will not attend either The Chongqing Major or The Bucharest Minor, due to the popular host’s upcoming surgery:

At the end of December I’ll have my reconstructive surgery (intense 9 hour operation). Afterwards I’ll need some time to recover which is why I can not attend any events in January. I will be bossing around Owen instead of a panel ☺️
Thanks for understanding ❤️ https://t.co/48ZX9RxW0q

We've been receiving a number of questions since our last statement. We would like to clarify a few things:

1. SLTV, IMBATV's Western partners for the Major, have been kind enough to open lines of communication with us. We have been trying to reach IMBATV through our friends from the Chinese community since it is our goal to have a sincere dialogue with them about the issue and to understand each other's point of view.

To date, we have yet to receive feedback directly from IMBATV. Our doors remain open as we sincerely wish to resolve this matter.

2. We have reached out to Valve and their positions is that our team may still compete at the Major with a stand-in and that no point penalties will be applied. This is the only response we have received from Valve.

We would like to remind the community that we want to resolve this issue as sincerely and peacefully as possible. TNC and Kuku fully understand the gravity of the mistakes committed which is why we have exhausted every avenue to talk with all parties involved, especially the aggrieved.

Our goal is not to divide the communities of our awesome game.

We appreciate the outpouring of support from the community. We do hope this could all be resolved the best possible way.

Again, we are still mulling our options as we are waiting from responses from parties involved before we make our decision. Thank you.

The fact that the tournament organisers have seemingly put the onus on TNC to make the decision is something that has been called out by TorteDeLini in a Tweet. He also suggests a solution:

My recommendation is to have Kuku play from a supervised alternate location and continue the tournament.

It goes against the principle of the matter. But with such heavy consequences, we need to consider what's practical and think long-term solutions after (With Valve/mediators)

Valve are still to make any kind of announcement on the matter, something which has the community worked up even more — especially in the face of their swift responses to both the test 123 and Zeus Gaming controversies.

As pressure mounts for Valve to speak out and take a more hands-on role in the professional Dota 2 scene, the community waits for any announcement with baited breath.


What do you make of the latest developments in the Major controversy?