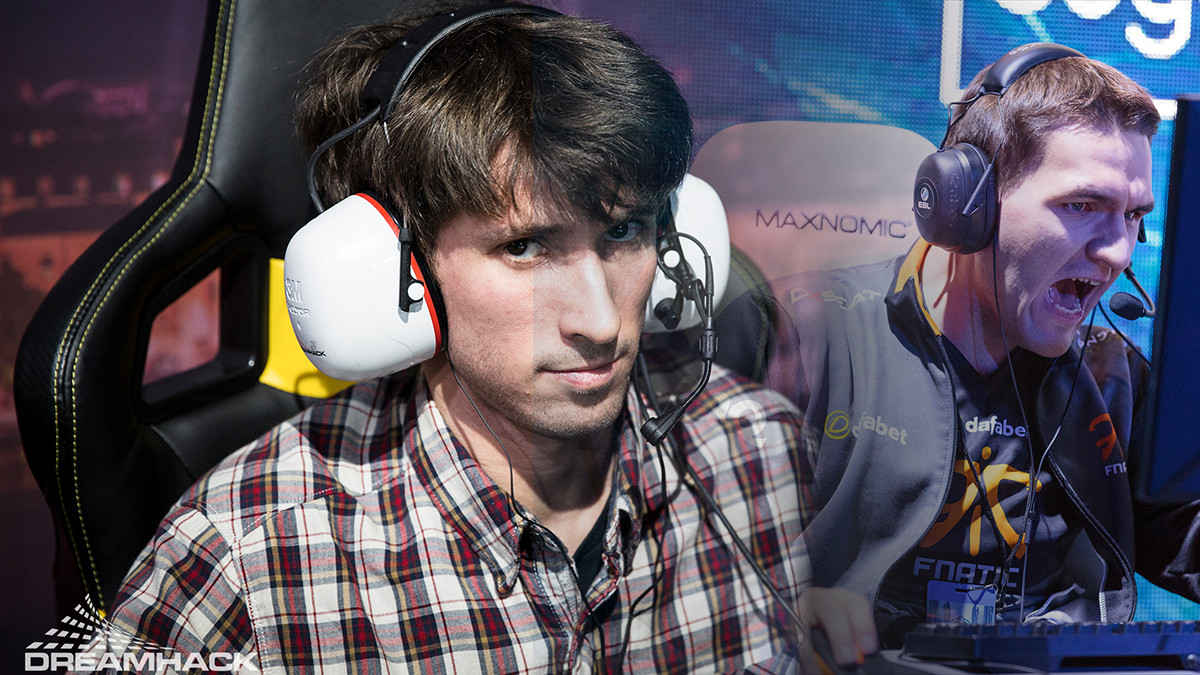 posted by Smyke,
OG needs a stand-in for the upcoming The Chongqing Major qualifier. Johan 'BigDaddyN0tail' Sundstein and his teammates don't have much time to find the right player, because the qualifier starts already on Monday next week. Who'd be the right fit?

Anathan 'ana' Pham left the active squad of OG and will just be their official substitute for the upcoming Dota 2 Pro Circuit. While OG is searching for the right replacement they need a short-term solution for the upcoming qualifiers. Here are five players that could help the current TI winner to make it through the qualifier.

The German carry did a great job as an analyst at The Kuala Lumpur Major and fans hope that he'll be nominated for more upcoming events. However, he explained in an interview with esportsheaven.com that he was "supposed to be on a high class Chinese team", but then he broke his hand due to an accident.

He's a carry player with a good reputation who had his peak performance in 2014-2015 as part of Vici Gaming. Black^ could be a good temporary solution, although OG is trying to replace a mid laner. The team is used to switch up roles and Topias 'Topson' Taavitsainen could take over the mid lane for the qualifier.

Since Danil 'Dendi' Ishutin left Natus Vincere he has been standing in for two different teams already. He helped Team Secret at the Autumn Brawl #1 and played for Vega Squadron (EU) at the DreamLeague Season 10 Minor.

There's only one problem: Dendi lost every game against his former organization Na'Vi. However, since OG won't face the Ukrainian team in the European qualifier the veteran mid laner could be the perfect stand-in for OG.

Pajkatt - back in the spotlight

Per Anders 'Pajkatt' Olsson L. finally won his first LAN tournament with OpTic Gaming last season. The team disbanded and every of his team members found a new home except for the Swedish carry.

Happy to be going back to ti as a player this year, grateful for my teammates and for being a part of optic! #greenwall

Pajkatt had probably his best year in professional Dota 2 last season under the leadership of Peter 'ppd' Dager. Pajkatt proved that he's still able to compete with the young talents. Like Black^ I wouldn't suggest him as a long-term solution. If n0tail and Sebastien 'Ceb' Debs utilize him perfectly, they can make it through the qualifier without problems.

Excalibur - back to Europe?

Ana is not the first official substitute player for OG. There's a Swedish player who already subbed for the team in 2016 and is a free agent again: Steve 'Xcalibur' Ye was part of Yoshimoto.Detonator until last week. He already demonstrated his stand-in skills for Forward Gaming when Yawar 'YawaR' Hassan didn't get his visa in time.

He already learned how N0tail and Ceb like to play when he was the sub of the team. This could make an easy transition for him to help the team during the qualifier. Also, he already played professional games both as hard carry and mid lane. This fits perfect to OG's playstyle.

Clement 'Puppey' Ivanov already demonstrated how easy it is to include a talented Polish player into the own system: Michał 'Nisha' Jankowski is doing perfectly on the carry position.

However, Puppey is not the only player who is known for his amazing talent scouting. Topson, Ana or Amer 'Miracle-' Al-Barkawi - they started their professional career at OG. N0tail could demonstrate again that he doesn't need a big name to make OG great.

Filip 'Fey' Musialski could be the perfect player to underline it. The Polish carry was part of MangoBay* after The International 2018 and almost made it to the Minor.

Fey won with MangoBay against Team Liquid in the first round of the playoffs. Only because the team disbanded too early Vega Squadron got invited to the Minor instead when Liquid withdraw.

The disbanded team came back together as PeachBay, a team led by the Ukrainian support Ilya 'Lil' Ilyuk. It's most likely that the team is already history, because Lil posted on Twitter that he's a free agent.

The Polish carry is 19 years old and could be the perfect player for OG - not just for a short-term solution, but to help them win the second Major of the season.

Which player would be the perfect stand-in for the qualifier?