Aville: I think a Southeast Asian team can make it to the top three at TI 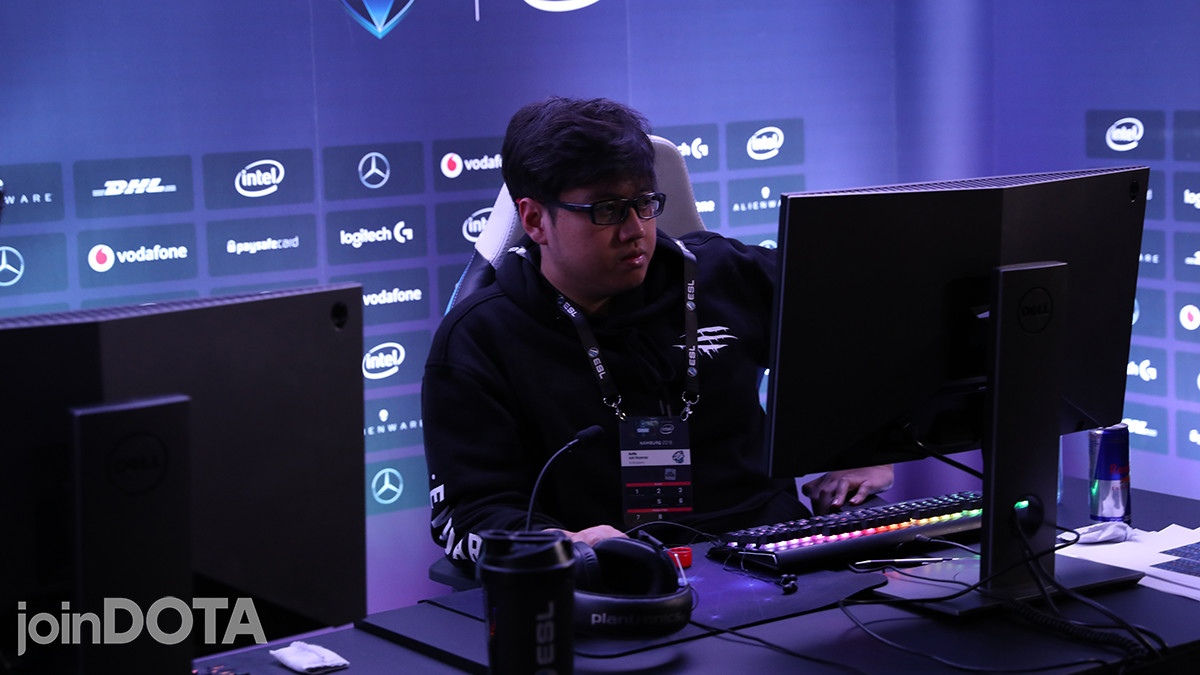 posted by Smyke,
We had the chance to have a chat with EVOS Esports' captain Adit 'Aville' Rosenda at ESL One Hamburg 2018. We talked with the Indonesian player about jDL America Season 14, the event in the German metropolis and Southeast Asia.
joinDOTA: You play in the joinDOTA League. What does it mean to you to play in our league?

Adit 'Aville' Rosenda: We play for some time already in the joinDOTA League and made our way up from the second Division. We practise a lot and learn a lot from joinDOTA League. We're now in the Premier Division and we want to win. We don't think about the prize pool, but enjoy the practise.

When you play on big stages and event, you need confidence in your draft. In the joinDOTA League you can still practise a lot in the group stage and try new things. We use the group stage only for practising our heroes to find out what really is good for us. However, in the playoffs we play really serious.

I think, the jDL is very good for the teams in Southeast Asia, because there are no tier 1 teams in the league. There's no Fnatic or TNC Predator. I think for our performance it's really good - you can play against teams on your level.

Which teams are your strongest opponents in the Premier Division?

Lately Clutch Gamers and Tigers are really good in the Premier Division. So I think those teams are our strongest opponents in the upcoming weeks.

How important is it to play in a League like jDL?

We learn a lot. Not only from joinDOTA League, but also from events like this in Hamburg. We learn a lot from any tournament we play. However, I think leagues like jDL are very important to practise and work on details. It's the perfect place to try things and develop strategies from that.

How did you like the experience at ESL One Hamburg? How did it feel to compete against the best teams in the world?

At first I was grateful to be here at all, but on the other side we're not satisfied with our performance. We came here as the second place of SEA, after TNC withdraw from the tournament, but we're really grateful. We met a lot of good international players. We were really happy about that.

Who is the best team in SEA right now? Can an SEA team win The International?

I respect TNC Predator a lot, they play really fast. I think TNC is the best team in our region. I think a Southeast Asian team can make it to the top three at TI, probably. I think maybe in one or two years we have a real shot. It's about time and experience.