Febby: We have nightly Nintendo Switch sessions to improve our communication 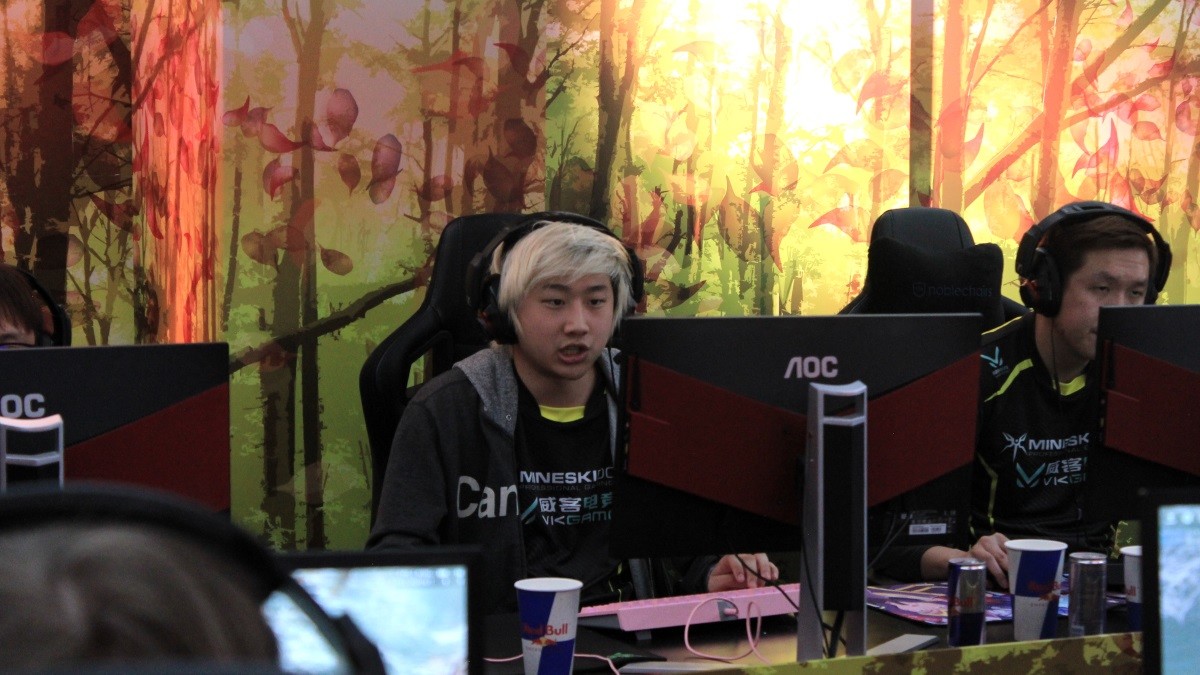 posted by EskayDota,
Febby talks communication inside Mineski, captain Mushi, newcomer JT- and why a new patch is like dating a new girlfriend.
I'm here with Febby, how are you doing?

Good, how are you?

I'm good thank you. Have you been to the UK before?

Only once for a layover so I guess no.

What do you think so far, have you had time to look around?

Yes, it's really rainy here. I thought it'd be nice but the people here are gloomy as well as the weather.

How are you finding your team experience so far? How are you guys getting on together?

As a Dota team skill wise, we're not up there yet, obviously. I think our improvement is noticeable. Everyone is pretty not-cancerous, and everyone is good to each other so, I have no doubts that we'll be a strong team in a few months. It might take time to get there.

Does the fact that Mushi captains from the 5 role seem to change anything or is he still the same Mushi?

It's the same Mushi, but I think it's a better version of Mushi because he... in the game I feel like position 5 is a strong backbone for the team. They can give solid ideas that won't make the game... 322.. He won't throw the game. He's solid from that aspect so. Yeah, I think position 5 is working out for him as well.

What do you think is the biggest thing that'll help your team grow at this point?

Time, I guess. Everything is going well so, just time.

How do you feel about Hamburg coming up? You have a difficult group.

From the last season, what do you think are the lessons you learned? What are you going to put into practice this season?

If you could give yourself advice from a year ago is that what you'd say?

Yeah. Don't suck Febby. You'll have a rough year if you suck, so don't suck.

That's good advice! You've got JT-, he's one of the lesser known players on the team. How is he adjusting to the team situation.

He's a perfect fit for us I think, he's very try-hard. New players, they have a hard time fitting in because of the higher expectations, blah blah blah. Especially in this team too, Mushi was transitioned from carry to position 5, so I'm sure Mushi sometimes overwhelms with information, but he is very try-hard. He wants to learn so he can observe more and that. I'm really grateful that we have JT- as well. A new comer in our team, he's raw skill is there, his attitude is there. I'm sure he will be a good carry player. He just needs time, like I said earlier.

What's your team environment like? Are you a loud team? Are you quite reserved?

Huh. Let me think. I guess we're loud. But we're not efficient, so it's bad. English is all of our second languages, except for Kpii. I guess it's bad. And loud.

So you guys communicate in English then?

Yes. Yeah, we're working on that. We need time for that. I think that's our number one problem right now - communication. We are having a lot of different excercises to overcome that problem. Like nightly Nintendo Switch - we play that stuff together. We get used to talking to each other.

Is that helping your English get better?

Half the time it's just an excuse to fool around, play Nintendo switch. The other half of the time I truly find it's the right situation, somebody wants to say this, then that situation will reappear inside the Dota game. I find it helpful sometimes.

Who's idea was the Switch thing?

What do you guys make of the patch?

It was just a small patch, so I don't know if there's much to say about it. There have been so many rumours about a patch, no patch, and then I feel like after Hamburg there will be a big patch, I heard. I heard there will also be a big patch before Hamburg. A patch is imminent, I think.

Are you enjoying this patch?

Great! Thank you very much for joining me!