China and SEA do battle in Asia Pro League 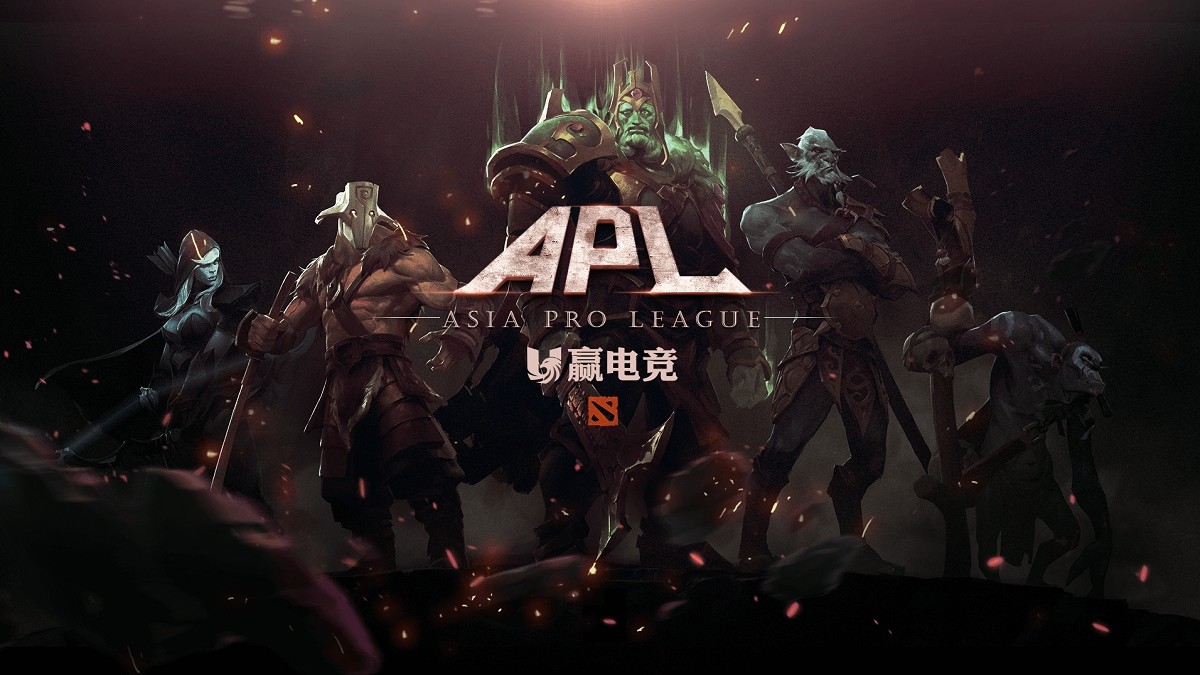 posted by Olucaron,
Fourteen teams — nine Chinese and five from Southeast Asia — have come together to fight for a ¥ 250,000 CNY prize. Which teams will come out with the regional bragging rights?

The Group Stage of the tournament is already under way. Lasting eleven days, the teams are split into two groups of seven, who will play best-of-two round robin matches.

From there, the top two teams advance to the Upper Bracket, while third and fourth place in each group move on to the Lower Bracket. The bottom three teams are then eliminated, meaning it’s all to fight for in the Group Stage.

All bracket matches are best-of-three from then on, in a double-elimination format. The Grand Final, to be played on Monday, 15 October, will be a best-of-five match.

We are pleased to announce that we are participating at the Asia Pro League! APL is an online tournament that features 14 teams across China and Southeast Asia.

Catch us tomorrow as we begin the APL groupstage!#RiseofthePhoenix#SummonYourStrength#NimoTV pic.twitter.com/yqd6zd7eGe

Michael 'ninjaboogie' Ross and his TNC Predator side have shown up big so far. After four days of Group Stage play, they sit pretty atop the group with a 4-0 record — OB Esports x Neon, Eclipse, CDEC Gaming and Aurora Esports club have all fallen to 2-0 series losses.

Elsewhere, Neon occupy second, thanks to a 2-0 series win over CDEC and tied series with Eclipse and Aurora — who are next in the table after adding a tie with CDEC to their results.

Eclipse tied with Invictus Gaming and inhabit the final qualifying spot in the table, but as the fixture schedule is uneven — Sterling Global Dragons have yet to play, while Invictus have only played one series — the true strength of the group is yet unknown.

That's it from us for as we remain undefeated in the APL groupstage! Thank you for joining us tonight.

Be sure to stay updated on our next APL matches in the following days!#RiseofthePhoenix#SummonYourStrength#NimoTV pic.twitter.com/2mr4PIfjyM

Over in Group B, current back-to-back joinDOTA League Asia champions Execration head their rivals, after defeating both Alpha Red and Avalon 2-0, while splitting a series with IamPoint Club.

Team Waooo are next, having won their series with Avalon and tying with IamPoint, while Avalon redeemed themselves somewhat with a 2-0 win over ALPHA.

IamPoint then tied with ALPHA to make it three draws from three, while DeathBringer Gaming (late replacements for Keen Gaming) and EHOME are both yet to begin their tournaments.

Who gets to play Kunkka, Armel or Tims? Check out our 2-0 win over Eclipse in this highlight reel!

Who is the strongest so far?

With many more matches to come in the next few days, we’ll have a better idea of who the movers and shakers are after the weekend.

However, it has to be said that TNC are looking dominant. Only five sub-30-minute games were recorded from the 32 games played over Days 1-4 — and four of them were won by TNC. Their Game One win over Eclipse clocked in at just 16 minutes, eight minutes less than the next quickest.


Who will take home the title of Asia’s best team?