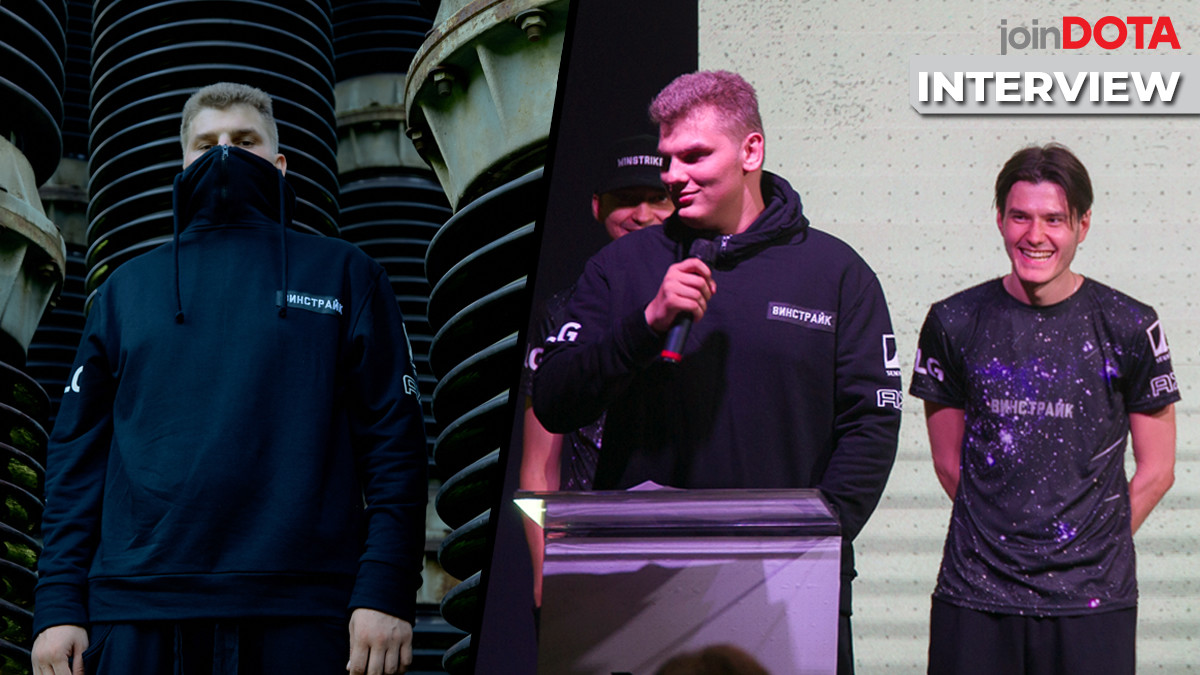 posted by Malystryx.GDS,
Winstrike's Iceberg talked to us ahead of TI8 about his surprising history in competitive boxing, his team's approach to teamwork and how controlling emotions is crucial to success.

Iceberg: "Everyone is responsible for what he does best"

During the week Winstrike hosted a special event in their LAN cafe in the heart of Moscow, and I was fortunate enough to be invited as a guest. The media event was a send off for the Winstrike team, who were flying off to Canada in preparation for TI8.

At the event, Winstrike also revealed plans to open a new Winstrike LAN Cafe in Berlin next year as part of a $1.5 million investment, as well as announced three new sponsors; AXE, Sennheiser and LG. A new line of clothing for Winstrike players and fans was also unveiled, with the Dota 2 squad's Bogdan 'Iceberg' Vasilenko one of the models. I sat down with him at the afterparty in one of the VIP gaming rooms to chat about his past and the upcoming TI8, and Winstrike were kind enough to provide me with an intepreter.


MalystryxGDS: Liked the new advert for the clothing. How do you feel about the gear?

Iceberg (Winstrike): It's nice to touch, comfortable to wear and I think it's a pretty cool uniform. It's unique and unusual. They didn't just say 'here's a jersey' but instead made a whole line of clothes. Our partners knew what they were doing, and hopefully our fans will like it too.

MalystryxGDS: In the advert you were showcasing some boxing moves. I know that you used to compete in boxing, but I've never read any details about it. Could you tell me a little bit more about your boxing career? How the hell did you end up playing Dota?

Iceberg (Winstrike): There are three levels of boxing; amateur, semi-pro and professional. I did amateur boxing and I've also been doing martial arts since I was 4. I've got a certificate, I'm not sure how to say it in English but it's called a Master of Sports certificate, it's like a PhD in sports. In Russia there are national, international and masters degrees in Sports.

I competed in international boxing competitions, travelling for fights, but then I discovered this game called Dota. When I came back from sports contests, I would go to a computer club with my friends. After every boxing tournament we started to play more and more, I don't even know why we loved it so much but the game sucked us in.

Then I had a choice, either continue boxing or pursue Dota as a career. I chose gaming, which didn't go down well with my parents, especially as I just made the decision suddenly one day. It shocked them. I won a boxing tournament and when I came back home I just told them that it would be my last tournament. 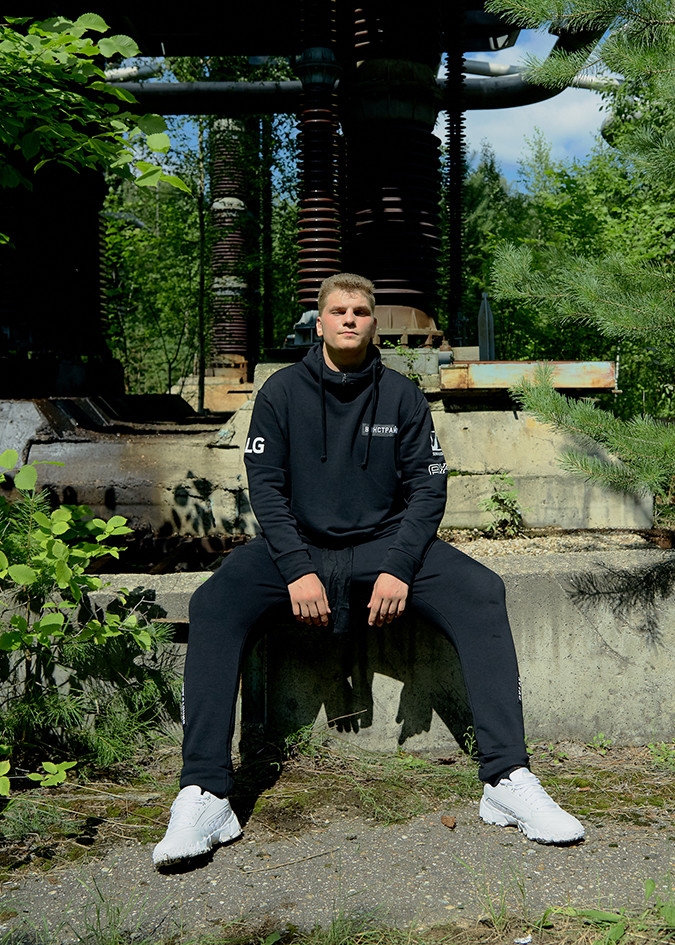 MalystryxGDS: How does the feeling of beating someone compare between Dota and boxing?

Iceberg (Winstrike): In boxing you're in the ring and you're inside your own emotions. You can only think about your opponent, but in Dota there are five people in the booth and you share the emotion of competing with them. You're like tuned in to their emotions, It's a very different feeling.

MalystryxGDS: What was your competitive record in boxing before you stopped?

Iceberg (Winstrike): I fought in around 130 boxing competitions and I won 120 of them. I toured a lot around my own country, Ukraine, and also around other CIS countries competing.

MalystryxGDS: Did boxing improve your ability to deal with difficult physical situations?

Iceberg (Winstrike): Well, I'm against fighting in the streets. I wouldn't just walk up and start a fight, but a real taboo for me is parent jokes. If somebody said something bad about my parents, I would walk right up to him and put him in his place. I wouldn't fight him, but I would make my thoughts very clear to him. 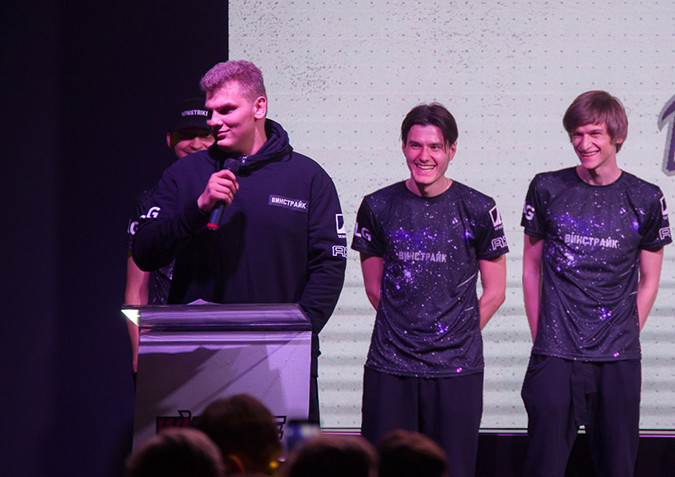 Iceberg was asked up to tell the audience about the new clothing line. He said just two words: "good uniform"

MalystryxGDS: There was a really interesting interview with you on Na'Vi's YouTube channel, in which you said that there are two kinds of teams: those that need a clear leader and those that do not. You said Winstrike is a team that does not need a clear leader. Could you tell me a bit more about what you meant?

Iceberg (Winstrike): In our team we are like the circles in a chain, we share our responsibilities. Everyone is responsible for what he does best.

For example one of us does coordination best, so that's his responsibility. Others do something else. We don't need a captain, because we are all an equally important piece in the chain. All linked together.

MalystryxGDS: Nongrata is the one to stop the bullshit though, right?

Iceberg (Winstrike): Ha. Well I'm a person of two different states. I either want to show my emotions very openly. One time I might dance, the other time I might just sit and cry. My personalities are sometimes fighting each other, that's when Nongrata steps in. 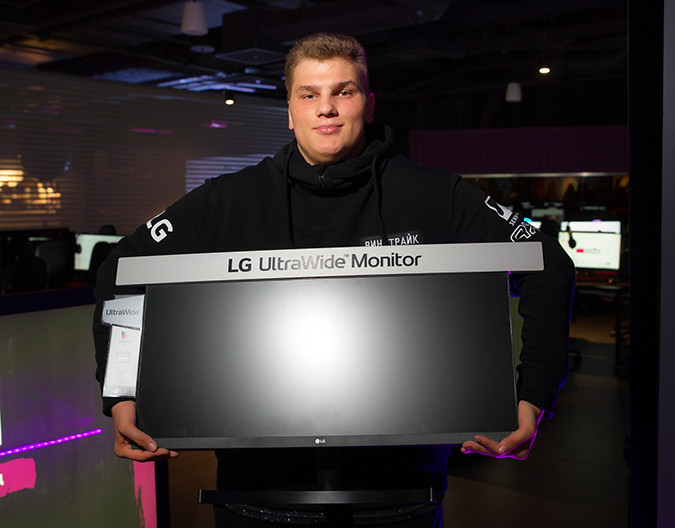 LG one of three new Winstrike sponsors unveiled ahead of the trip to TI8, along with AXE and Sennheiser

MalystryxGDS: You guys qualified for TI8 via the CIS Regional Qualifiers. How did you feel about the TI8 Qualifiers specifically?

Iceberg (Winstrike): Mentally, it's very difficult. There are 8 teams and only one slot. My cold-headed side understands that we are the strongest and we will win, but still the more emotional side, the hotter side in me, knows there is still a chance to lose.

If you let that side of you affect your mind, you can panic. So what you need to focus on yourself, let yourself be the center of your thoughts, focus on the victory. Contain your thoughts and don't let this fiery energy mislead you.

MalystryxGDS: What are you hopes for Winstrike at TI8?

Iceberg (Winstrike): Firstly, I hope we can show a good result. This is going to be my first TI, and I don't know what to expect from it. Some people have said it will be way different than anything I have done before, so I can't really have expectations for myself because I haven't felt how different it's going to be. Still I'm trying to be confident and hope I can do my best.


Big thanks to Iceberg for taking the time to do an interview with me, and Winstrike for the invitation to Moscow. You can follow Iceberg and Team Winstrike on Twitter.