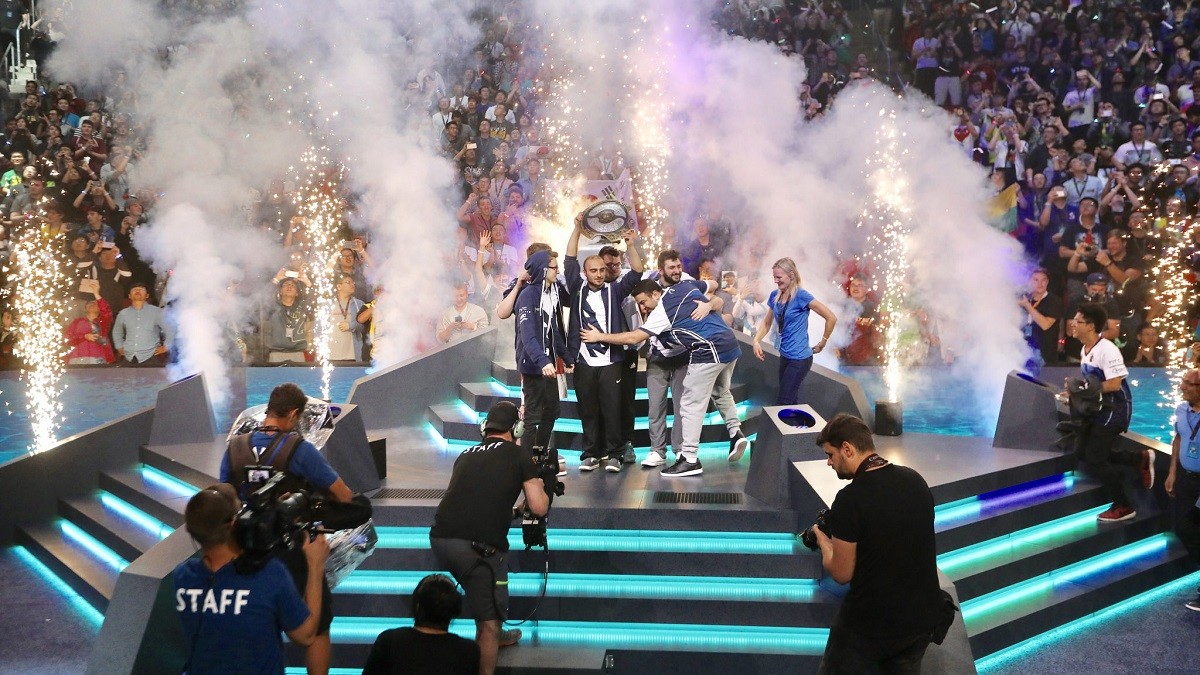 posted by Brasozial,
It's almost time for Gabe Newell to say his famous words: "Welcome to The International 8" — if he does, that is. Last year was the first time Gabe didn't show up on stage, instead just having a small cameo in a video. We take a look at the highlights of TI7.


The cameo, with the funny Slacks & Kaci introduction and the musicians, was sheer goosebump material — despite Gabe not appearing on stage at the opening of the biggest TI to date. However, the opening wasn't just the only amazing memory for us. The whole tournament was memorable, starting with the Group Stage and 18 teams — only two didn't make it to the Main Event in the KeyArena.

Both HellRaisers* and Fnatic had no chance to play in front of the massive Dota 2 crowd, who had travelled to Seattle to celebrate this festival of Dota 2. One game had already given us a hint that this TI would be special: Team Empire vs. iG.Vitality set five new records, and was the longest game in TI history.


Day9 convinces as a host

From the Main Stage, we were able to follow a new face in the Dota 2 community. While The International 2016 was led by Redeye, one of the most-known faces in Dota 2, TI7 saw an esports veteran assume hosting duties who hadn't yet set foot in Dota 2.

Mostly known from StarCraft II, Day9 was accepted quickly during the tournament thanks to his open character and his professional hosting. He was the perfect choice to lead one of the most extraordinary TIs in Dota 2 history.

Speaking of that, we were close to seeing the biggest upset so far. Until 2017 we had the "rule" that a Chinese team would win every edition of The International with an even number — it worked for TI6, when Wings Gaming claimed the Aegis. It looked like everything would go this way once again.

However, the Group Stage expounded the idea that maybe we'd have a change for this year. The Chinese teams were strong again: Newbee, LGD.Forever Young, PSG.LGD and Invictus Gaming all put in strong Group Stage performances. Only Team Liquid and Virtus.pro were able to keep up with them.

These two teams were the only two flying the non-Asian flag at the end of the Main Stage — both teams were the only ones from the West in the top 6. A Grand Finals like The International 2014 was feared by fans of the West. Back then, it was a China vs. China battle in the last match of the tournament.

However, after beating Virtus.pro in what ended up to being one of the most epic games of all time, Liquid were able to beat every single Chinese team left to win the tournament at the end — they even claimed a clean sweep against Newbee in the Grand Finals. What a Lower Bracket run by Team Liquid! From the Second Round to win TI - Kuro S. 'KuroKy' Takhasomi finally lifted the Aegis after six previous attempts. What a tournament!

To round up our The International 2017 highlights, we look back to our own memorable moments. Here are the joinDOTA videos from TI7:

What is your favourite moment from The International 2017?