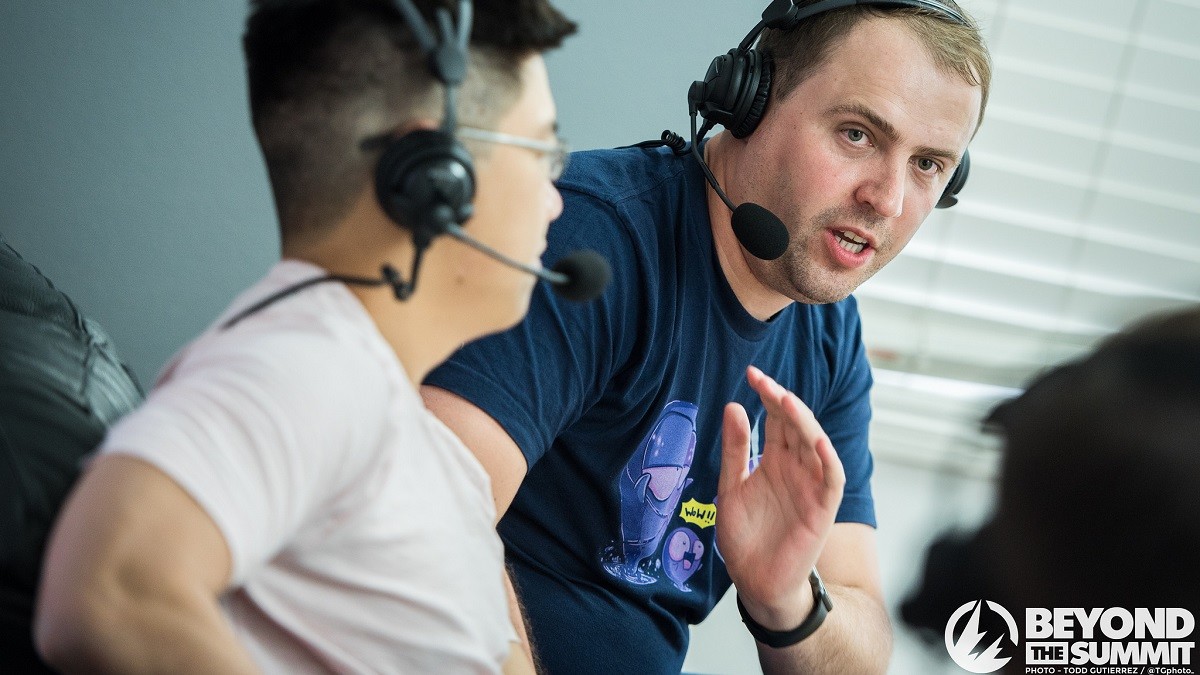 posted by Olucaron,
Russian-language caster Vitalii 'V1lat' Volochai is no stranger to the BTS mansion — in fact, DOTA Summit 9 is his third visit after casting both the third and fourth editions. However, this time it’s a little different — he’s casting in English, and people are loving his contribution so far.

First time for everything

Ukrainian native v1lat is a veteran caster in the CIS Dota 2 scene, having covered several major events over the years. He’s been part of the team for four Internationals, and although the talent hasn’t yet been announced for The International 2018, would be a good shout to attend. He’s also co-founder of the hugely popular Dota 2 RuHub portal.

Naturally, many people will never have listened to v1lat’s casting, due to not being in English. But many people online have reacted positively to him being part of the team, and it’s heartening to see him being accepted. After all, there’s a lot of pressure on when English isn’t your first language!

Since I´m not russian nor do I speak the language I never watched his Casts or Stream.

But since he is casting in english on the Summit 9, I really like him as a caster / analyst and person and I hope he keeps casting more in english this Summit and maybe even some other Tournements.

He has a really good game knowledge and is on point with Items, plays and the players. Just wanted to point out the good work. —u/Mickey_Alabama

Yeah. He's been great. It's kind of a treat for the English community to get to hear him cast a LAN for us for the first time. He definitely knows how to fit into a casual casts while contributing without domineering. I hope he becomes a summit staple. —u/ewokskick

It was also cool to hear him bring insights from the CIS community on meta/players/teams etc. Much as we may dislike Russians flooding EU Wear and cyka bylating our games, they do make up a sizeable % of the Dota 2 playerbase. I think they should keep him or someone like him to act as a community bridge, like Jack does for China. —u/SpiritualSecond

And of course, he did a great service to humanity in the name of entertainment by helping confirm ‘The Slap Bet’.

We think he’s doing an amazing job so far, and he looks completely at home among the talent at the BTS house.

Will we see v1lat casting more events in English from now on?


Header image © @TGphoto / Beyond the Summit