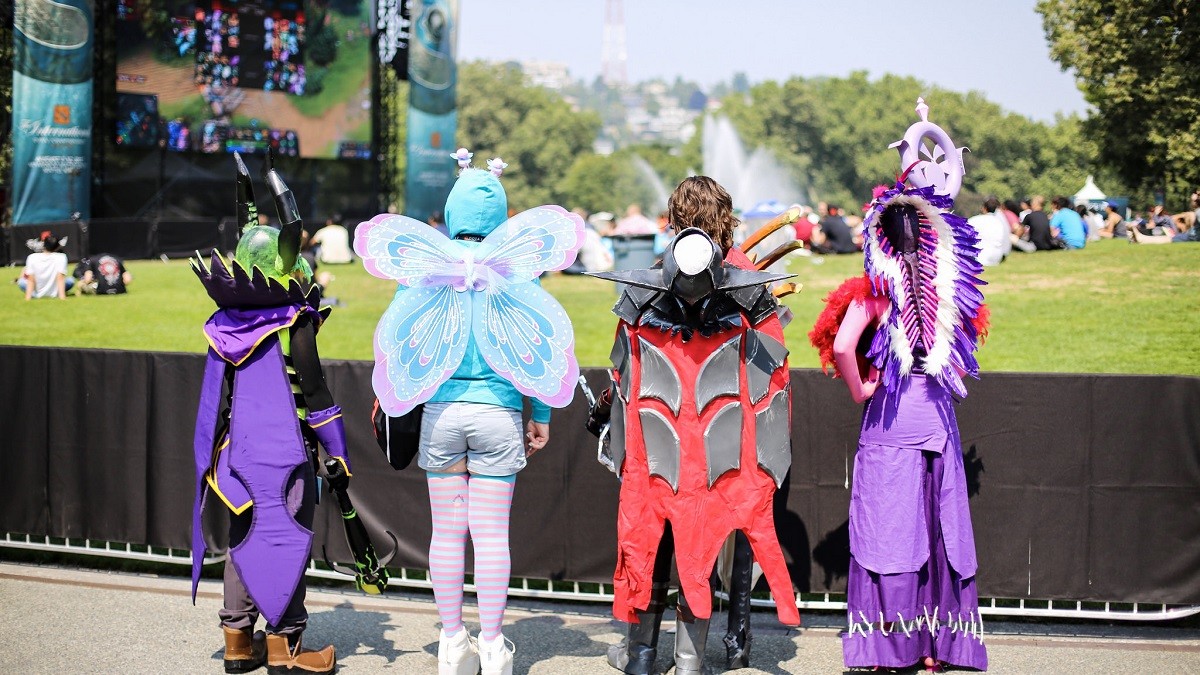 posted by Brasozial,
Each TI has its special moments and surely The International 2018 will have its own remarkable highlights, but can the tournament set new records? Here are five record games you need to rewatch. Reddit user u/LeGrandJebaiter posted an interesting all-time record list in a Reddit thread, which we have used as a base for this article to prepare you for the upcoming TI. Last year's edition of The International set a lot of new records, but let's start off with a classic.

Luo 'Ferrari_430' Feichi was part of Invictus Gaming for more than five years. He played exactly 1000 matches for the Chinese organization, but one game will always come to mind: at The International 2012 iG were the best team and deserved the trophy, especially after their game against Mortal Teamwork*.

In the group stage duel Ferarri picked Templar Assassin and nobody would have imagined just how perfect this pick would be — he ended up earning 26 kills, and it's been a TI record ever since. It's one of the oldest records in the game. Marc Polo Luis 'Raven' Fausto came the closest to breaking it last year with TNC Predator. He needed one more kill.

At The International 2014 Cloud9 G2A* and DK* met in Phase Three to determine who'd go into the Upper Bracket and who'd start in the Lower Bracket - and it ended up being a record match.

After a devastating 70-minute long game one, DK wanted to shorten it in a brutal way. Witch Doctor, Lycan, Ember Spirit, Dazzle and Undying - these five heroes ended the game after just 11 minutes and 22 seconds. That is still a TI record.

Hard carry Jonathan 'Loda' Berg picked Ursa and wanted an early advantage for his team. With Jerry 'EGM' Lundkvist on Witch Doctor by his side, they wanted the level 1 Roshan and they did it in style. After 00:38 seconds Loda earned the Aegis and the record for the fastest Roshan kill in TI history.

The best game in Dota 2 history?

Team Liquid won The International 2017 in quite a dominant fashion: they swept Newbee in the Grand Finals. However, one of the most interesting matches in that tournament was clearly in Round Four of the Lower Bracket - Liquid had to face Virtus.pro. Both teams were favourites for the tournament and both teams were eager to win - and Game One made history.

The game lasted 103 minutes and 33 seconds, and although the length didn't set a record, they scored three other records. Amer 'Miracle-' Al-Barkawi received 87,347 damage, while Lasse 'Matumbaman' Urpalainen was able to heal 88,850. The third record was set by Maroun 'Gh' Merhej, who bought back four times.

This game is the perfect memory for showing why we love Dota 2 so much, and why it can be so exhausting - even as a viewer.

TI7 is the tournament where the most records were set. For one because of the Liquid/VP game, and on the other hand because of the group stage match between Team Empire and iG.Vitality.

The game took 128 minutes and 8 seconds, and therefore is the new record holder in length. That incredibly long game was also able to set five more records. The highest damage dealt (130,496 by Andrey 'Ghostik' Kadyk), and most last hits by a stand-in Roman 'Resolut1on' Fominok - he had 1970 at the end. 10 Roshan kills also set a record, as well as most stuns and most observer wards - this game is the king of the record games.

Which game is your personal highlight from any TI? Which should be rewatched?