A tough battle reveals the first jDL champion of the season 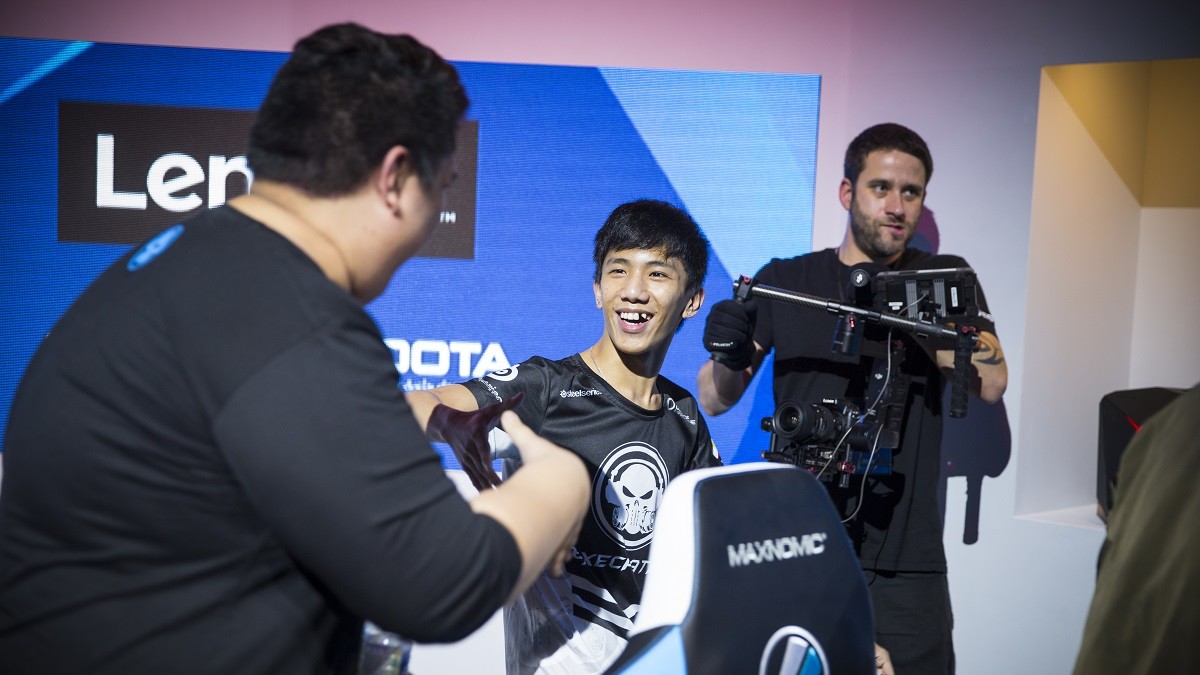 posted by Brasozial,
Rex Regum Qeon and Execration were the last two remaining teams in the Asia division of joinDOTA League Season 13. Were Execration able to win their second title in a row? What a finish! It's 62 minutes in, the Ancients on both sides are under attack, and four players of Rex Regum Qeon are dead. Execration are the joinDOTA League Asia Season 13 champions — the Filipino side were able to defend their title! However, their road to that victory was long — the Grand Finals lasted five hours in total.


Execration close to the easy win

Execration had already lost to RRQ in the Winners' Finals, where the favourites went down 0:2 against the Indonesian squad. However, the Filipinos managed to win in the Lower Bracket by beating Clutch Gamers. Revenge was still possible!

By picking a line-up around Windranger and Beastmaster, Execration were able to finally break through the the defenses of RRQ and win not only the first game, but the second too — one more win and they would have gone home as champions with the sweep. Rex Regum Qeon, on the other hand, didn't get nervous, and still knew how take a game off Execration.

Another win, guys! One more and we will be crowned Champions of JDL Asia #13.

Lend us your support as we try to end the series in game 3 which will be up in a short while:
🇵🇭https://t.co/rGFINs9wXH
🇺🇸https://t.co/0SNNCFo2PC#XCTN #JDL pic.twitter.com/2sqVqpIWsC

After two rapid wins for Execration, RRQ were finally able to take the Filipinos to the late game, where Phantom Lancer and Wraith King turned the game in RRQ's favour. Another late game line-up for RRQ tied the series — Execration needed a new gameplan, or the reverse sweep would be on for the Indonesians.

The final game was the highlight of the series — it took more than 60 minutes to find the winner of the series, because this time both teams were prepared for late game. Teamfight after teamfight, and buyback after buyback — the game didn't seem like it would ever end. Both teams were careful enough to not give up their whole defense.

While RRQ led for a while, they knew that Execration's super late-game line-up around Sven and Mirana would be too hard to finish off. After Execration killed Roshan, RRQ instantly tried to defeat the Ancient. They were really close to winning, but Execration teleported back just in time to finish off four enemy heroes. This marked the end of an incredible season.

Congratulations go to Execration for winning their second title in a row! Can anyone stop them in Season 14?