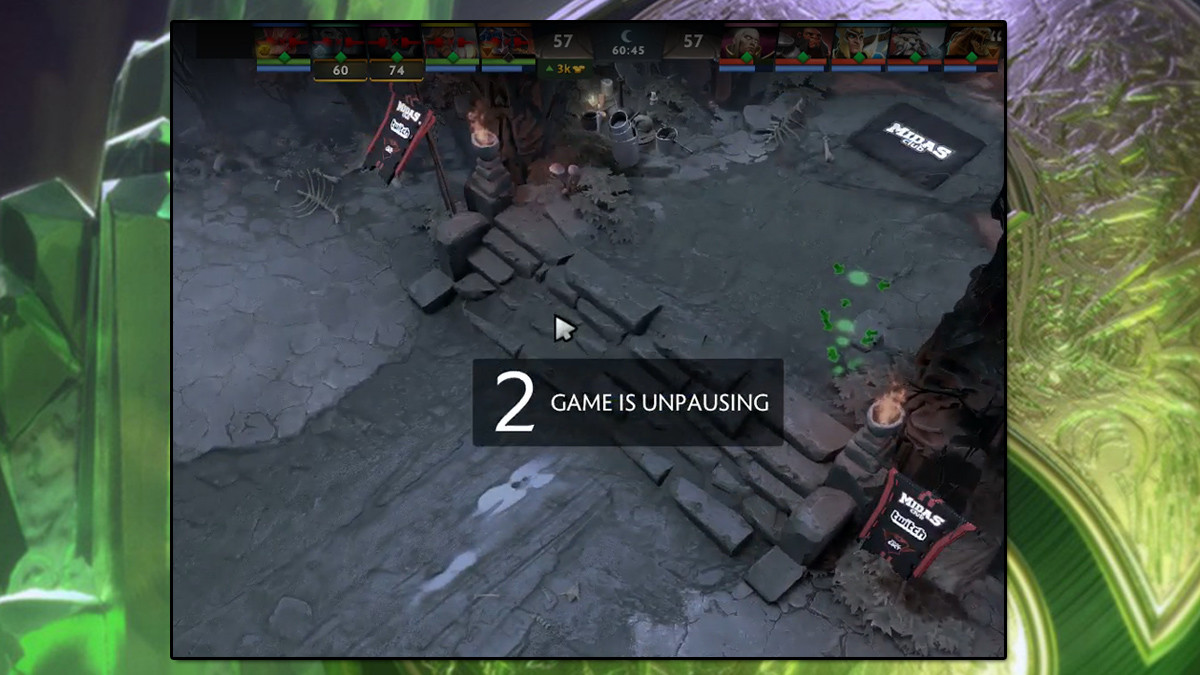 posted by Malystryx.GDS,
An Ambigious rule on disconnects have caused chaos in the South American Qualifiers, with some teams taking advantage of the rule to win the game while their opponents were not present.

Once the tournament got underway, poor internet connection and alleged DDOSing, led to several matches in the South American Open Qualifiers being won by teams simply going all-mid when their opposing team disconnected from the match, instead of waiting until they returned.

One team to do so was Midas Club, and their 5-man mid push was caught on stream by Brian 'BananaSlamJamma' Canavan. (clip above)

The rule in place when the Open Qualifier started:
"3.12 In the event a whole team disconnects from the match due to unforeseen circumstances, including but not limited to internet issues, power outages, adverse weather conditions and the like, the match will continue and played until the end.

In the event a team disconnects due to server issues, it is their responsibility to contact an admin by pressing the “CALL ADMIN” button in the FACEIT lobby on the FACEIT platform and inform them about the situation. If those issues can be proven, the admins may decide to have the match replayed."

However, FACEIT has since changed the rule. "This rule has been changed due to the outcry of the community," said FACEIT in their official rule amendment. "We have decided to push this in order to ensure that the best and fairest conclusion can be reached when these situations happen."

Although Thunder Awaken* did unpause when Pain Gaming suffered disconnect issues, in the final game of the series Pain Gaming did not opt to do the same to them.

Instead paiN Gaming* ended up waiting approximately 20 minutes for Thunder Awaken's 5-man roster to reconnect. Pain Gaming went on to win the match and take one of the spots in the South American Regional Qualifiers next week.

The series ended up having two remakes, and in one game BOTH teams disconnected (clip below), leading to FACEIT adding another rule: "In the case where both teams disconnect the first player able to connect back to the game must immediately pause the game and make contact with the admin (...)."


doesnt matter what the rules say, any teams unpausing (or not pausing) when enemy are 5man dc'd lost any respect from me and shouldn't be playing at TI8.

props to @paiNGamingBR for showing sportsmanship in a region where several teams are not.

Karma is a bitch! We don’t need unpause