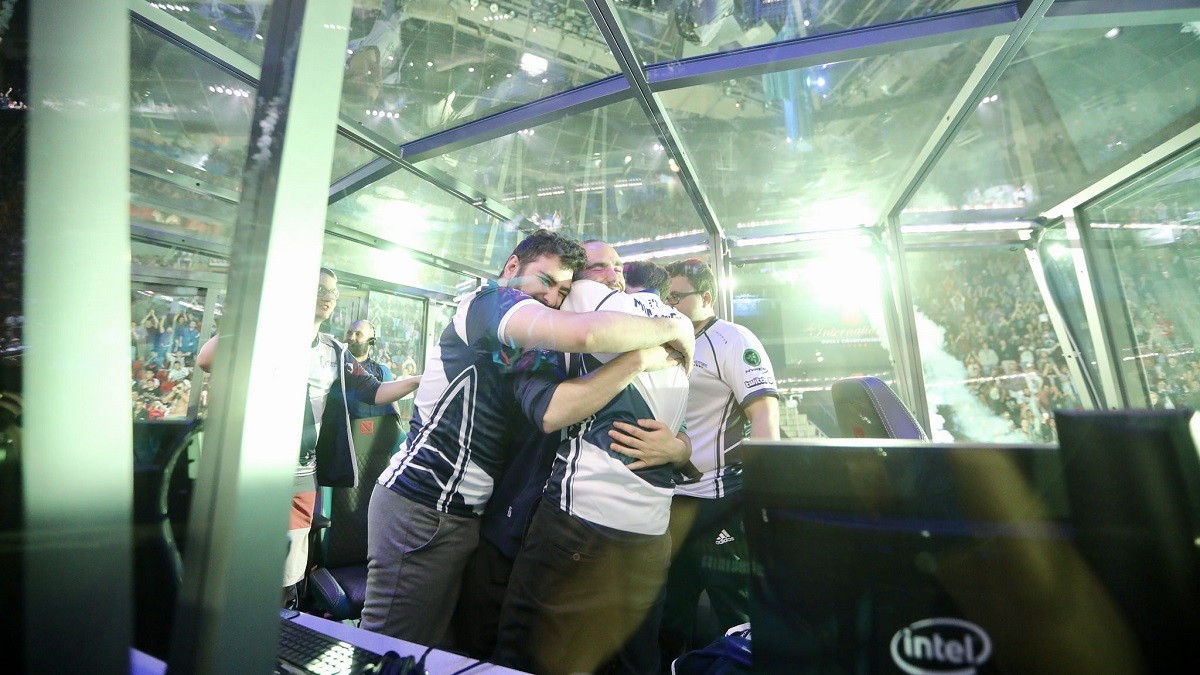 posted by Brasozial,
China Dota 2 Supermajor is close by and it's the last Major of the DPC to prepare us for The International 2018. With some amazing comics, they review the past TI events.

The inaugural edition of The International with a mere 1.6 million USD prize pool. Natus Vincere became the first-ever TI Champions.

Join us in counting down to the #Supermajor by reliving key moments in pivotal moments of Dota 2 history. T-minus 7 days before teams arrive, and we begin with some scenes out of TI1.

Do you recognize the scene? pic.twitter.com/OKfogpiC9J

"Patience from Zhou" - this is all we need to know. It's game two of the Grand Finals between Na'Vi and iG. Chen 'Zhou' Yao's Naga Siren hits the Song of the Siren perfectly, but Na'Vi turns that fight beautifully.

With six days to go before teams arrive for the #Supermajor, let's travel back six years in time to this famous play at TI2.

Long before the $5 Million Echo Slam, there was the Million Dollar Dream Coil. Gustav 's4' Magnusson on Puck was in perfect shape and cancelled Dendi’s TP to finally win the series with a 3:2.

The Grand Finals at TI3 could have gone in anyone's favor, and it took a moment of brilliance to finally shift the balance.

Hopes and dreams hinge on the #Supermajor as the final stop in this year's DPC. Who will phase into glory, and who will wane into history?@pglesports pic.twitter.com/qoij1ByUnu

TI4 displayed the dominance of Chinese Dota 2. The Grand Finals were between Newbee and Vici Gaming only Evil Geniuses were the one Western team in the top four.

With four days remaining before teams arrive in Shanghai, we look back on TI4 where four Chinese teams made top six.

Some of their storylines continue at the #Supermajor, while others have become a part of the tapestry of the past.@pglesports pic.twitter.com/xC0hqPeNeH

"Here comes the Ice Blast..." and the sentences afterwards will be never forgotten. It was a disaster for CDEC Gaming.

Grand ultimates on the greatest stage as TI5 featured the black horse against the home-team powerhouse.

Will the #Supermajor replicate this timeline or will new heroes be born? 16 teams bring infinite potential, and they arrive in Shanghai in 3 days. @pglesports pic.twitter.com/VRQxTfbF7r

Fresh Chinese players, a huge hero pool and a dominant victory - this is what people remember when they think about Wings Gaming winning the trophy in 2016. No team was able to stop them.

It was a star-filled sky, and the youngest ones shone the brightest as TI6 saw an incandescent victor.

The #Supermajor looks back today on a transcendental piece of Dota 2 history, and provides players old and new a chance to write a fiery chapter of their own, starting June 2. pic.twitter.com/I5AgbVrxAM

The last TI was reminiscent of 2014 - China dominated the playoffs. Once again, only one team in the top four was not from China: Team Liquid. The European squad was able to win against every single Chinese team left and even clean sweeped Newbee in the Grand Finals.

Fortune favors the bold, and TI7's champions constructed their own fate by fearlessly working the odds in the face of all challenges.