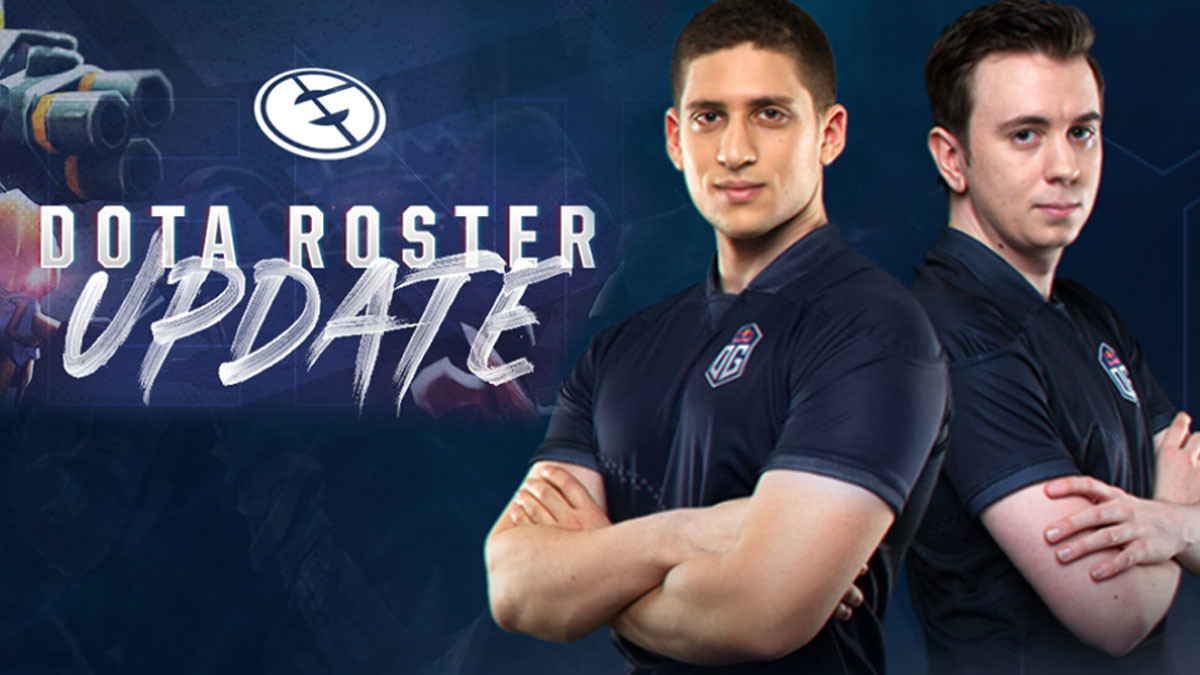 posted by Malystryx.GDS,
In a truly remarkable roster transfer, OG will be moving forward without Tal 'Fly' Aizik and Gustav 's4' Magnusson.

A Shift in OG.

OG loses Fly, its captain and one of its founding members

Yesterday news broke that Evil Geniuses had kicked Misery and lost Fear, leaving the NA team with just three players ahead of their scheduled appearance at the China Super Major. However, there was little time to speculate who they would bring in, as their two new players have already been announced. While most predictions assumed Evil Geniuses would bring in North American players, they have in fact recruited OG's Gustav 's4' Magnusson and captain Tal 'Fly' Aizik.

Fly was of course one of the only two founding members left of the original OG, after starting the team and organisation with Johan 'BigDaddyN0tail' Sundstein back in 2015. Fly's move to Evil Geniuses sees him reunite with Cr1t, a player who was also part of the Major winning OG roster, but who was later replaced by JeraX after moving to Evil Geniuses.

Fly: “It is with a heavy heart that I am announcing my departure from OG. These last few years together have been some of the best in my life, getting to know and to work with some incredible people. Winning 4 Valve majors together and fighting through many tournaments, these are all memories that I will cherish for the rest of my life. I can not thank everyone enough - those who have supported me and OG on this journey, and I wish them nothing but success. #DreamOG."

The second player to make the move to Evil Geniuses is S4, and although the Swede has never played for the NA organisation, he has played with Artour 'Arteezy' Babaev during their time in Team Secret together. S4 joined OG in September 2016 along with Jesse 'JerAx' Vainikka, and will continue to play offlane in his new team, with Sumail 'SumaiL' Syed Hassan returning to the mid lane.

S4: "I would like to thank everyone that is OG and has been part of OG. These 2 years of hard work and success have been very tough but also so rewarding. I’m sad but also excited about what’s to come. I would like to wish OG best of luck in the future, fighting!"

The official announcement made by Evil Geniuses included a statement made by COO Phillip Aram, in which he added a bit of background behind the departure of Fear and Misery from the roster.

"This is the hardest part of the season for every team that doesn't achieve the goals set for themselves. At EG, we had to take a hard look at how to get back to competing at the level we expect of ourselves.

Fear has been the bedrock of EG for many years, and he will continue to be a part of the this organization even as his playing career comes to an end today. For Misery, we only ever glimpsed the potential of how his leadership could elevate our roster, and his departure comes with the knowledge of a failed opportunity (...)"- Phillip Aram, Evil Geniuses COO

OG have announced they will withdraw from the Super Major but Evil Geniuses made no such statement in their announcement, making it highly probable we will see the new roster in action later this week at the final DPC event of the 2017-2018 season.

The new roster sees Sumail return to the mid lane and Cr1t return to position 4 support. It also welcomes Fly as the new captain of Evil Geniuses.