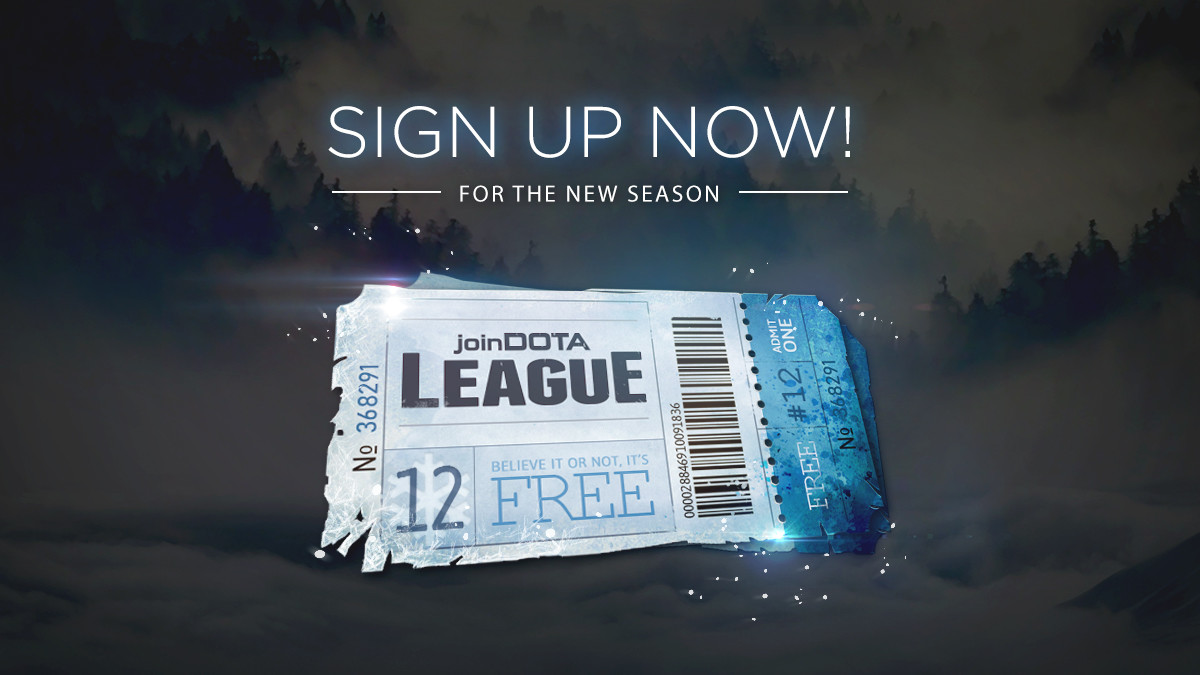 posted by Abelle,
As joinDOTA League Season 12 approaches, we wanted to take the time to explain a few changes we've made to the rules for the new season and the coming year. If you've signed up or are planning to this season, read on to see how we've improved things for you!

We want to ensure that teams are playing where they belong so that league games can provide an appropriate challenge across all divisions. No one likes to get stomped, and we've seen a bit too much of that in the past, so we've changed the way promotion works.

Now, fewer teams will be promoted by default because of something like a team or two disbanding in their group. Previously, we had teams that struggled to win even one game in their division end up being promoted thanks to this system, and that's something we obviously want to avoid.

We've also changed all division playoffs to double elimination to both give teams a better chance of proving themselves but also to cut out instances of defwins leading to promotion.

If your team hasn't played in jDL before and you don't want to start from the bottom or even if you just want a chance at a higher division, be sure to sign up in time for Pre-Season Playoffs (only two days left!). Any team can play in the single-game-series/single elimination bracket and their placement determines their division. Pre-Season Playoffs will be played Jan 20-21 starting at 18 CET for Europe, 16 SGT for Asia and 18 EST for America.

Instead of splitting groups into regional categories, we'll be mixing together teams in all leagues where possible. In cases where there is extreme ping discrepency, like with North and South America, we'll continue to split some groups by region.

Careful! Don't let your team go inactive if you want to keep your division

Inactive teams will now be removed and sent to the Starter Division in the following season. We deem a team inactive if there has been no activity (mathces played, comments, etc) in over two weeks. Teams with less than five members after signup has closed will also be removed. If you want to be extra careful, here's the full text of the rules.