posted by Abelle,
joinDOTA caught up with

OG's newest player about the rough time his squad has had so far this season. 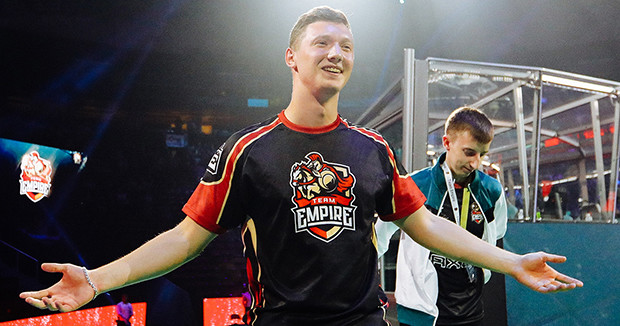 Initially this season, you played exclusively mid, but you quickly started rotating roles with N0tail, sometimes even putting s4 mid. Can you talk about how that adjustment came to happen?

In this patch you really want to win lanes and give your heroes the best situations that you can get, so depending on the heroes and the matchups we decide whoever goes mid. For the most part I'm playing Position 1 and heroes varies from Invoker to Storm to Terrorblade to Sven.

Having three cores able to rotate roles is a pretty unique situation, what are the advantages and disadvantages of this flexibility?

For advantages obviously is that you can mislead your enemies with laning, and also you are able to run more strats. As for disadvantages I’d say that you need to be more diverse and practice more heroes and lanes, because game on mid is very different from game on the safelane or offlane.

From an outside perspective, it looked like OG weren’t quite on the same page to start the season but things have been improving. Could you describe the first couple of months of playing together from your perspective?

Yeah that's true, we had some different ideas between players and we still kind of do, not as much of course. To me these months were fun, I got to know guys better and I enjoy being around them. We are working hard on getting on the same page, we have lots of talks and watch replays together etc.

What are the team’s plans now that Dota Pit is over? Will you bootcamp again before the year is over?

Keep improving and win as many games as we can, competition is really hard right now so you need to give your very best to win something. Hopefully we will bootcamp before this year is over, because we need to spend more time together

What are your thoughts on the new patch so far?

I like the patch, it brought up some old heroes like Shadow Fiend and Storm that I think are very viable right now, I really like to play them.