posted by Abelle,
Support player and captain of the recently signed 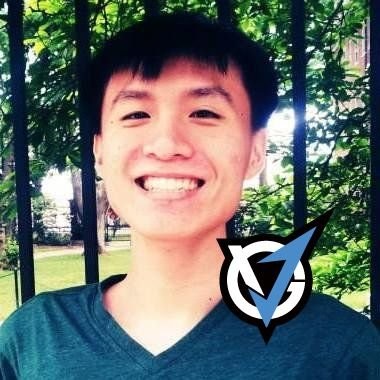 The AMA covered lots of ground, but mainly focused on Stan King's new squad and how they got in touch with Jeremy Lin and the

Vici Gaming organization in the first place. We've scoured the thread to find all the most interesting questions and answers for your reading pleasure.

jeremylin07: What are your best tips for pub players on increasing their MMR? Cause I am hurting lolll

stankingdota: I think that the mentality aspect is the most important for pub players. Dota is a very complicated game with a lot of small things to improve on - it's easy to get lost in the details. Taking things slow and improving on different pieces one at a time is the best way to get better long term! Send me your replays

coronaria: Could you talk about your decision to quit your job for dota?

stankingdota: I was playing casually for a while with a full time job - grinding mmr, joining small teams, etc. At TI6 qualifiers, I was one series from being part of TI, and I wanted to be able to look back at my life and say that I tried my hardest to be the best. At that point I was close enough to be able to say that it was realistic to play full time!

brownbettty: Is Jeremy Lin actively talks to you guys or like motivates you? What's the communication with him like

stankingdota: We just talked to him this morning! The competitive space of basketball and dota are very similar, and we are actively learning a lot from how he interacts with his teammates, his coaches, and his support staff to help us be a better dota team. It's very motivating to have people like Jeremy ready to support you as you compete.

dirtytree33: How much of a factor knowing that its chinas turn to win TI impact your decision to sign with VGJ.Storm instead of the mighty Team Freedom.

thecurls23: How was coaching NP/C9? What was your role and duties primarily? And how or why do you think it worked out or didn't work out? Can you see yourself coaching again in the future?

stankingdota: Coaching NP was a great experience! They're all great players with great ideas about playing the game. I was there to help them through TI, so I gave them feedback on their games and helped prep their strategies. I learned a lot from all of them - they're very talented and experienced players, and I would definitely be open to another coaching opportunity.

fireattack: How did you guys get in contact with Vg org?

stankingdota: I met Jeremy at TI7 through a friend of a friend. We had a nice talk about building a winning team culture and everything started from there!

rustunooldu: How do you form a pro team, especially in higher tiers? Are there try outs, scrims, etc. or do you just call it first then see how it goes?

stankingdota: I like playing with the dota players I know and respect as people. This involves talking to players extensively to find the guys you want to be with. I've always tried to build teams with friendship in mind first, rather than the result of a few scrims or tryouts.

Sunbro6131: In what capacity is KBBQ-God going to be helping you guys? Is he going to be a professional friend ala Blitz and DC/Team Liquid?

stankingdota: Jack has always been one of the most professional characters in the dota scenes, and he'll bring that to this team. He's very passionate about understanding and learning from the differences between China and the west. He'll be doing everything he can to make sure we're the best dota team in the world!

Godisme2: Have you gone 1 on 1 in basketball with Jeremy Lin yet?